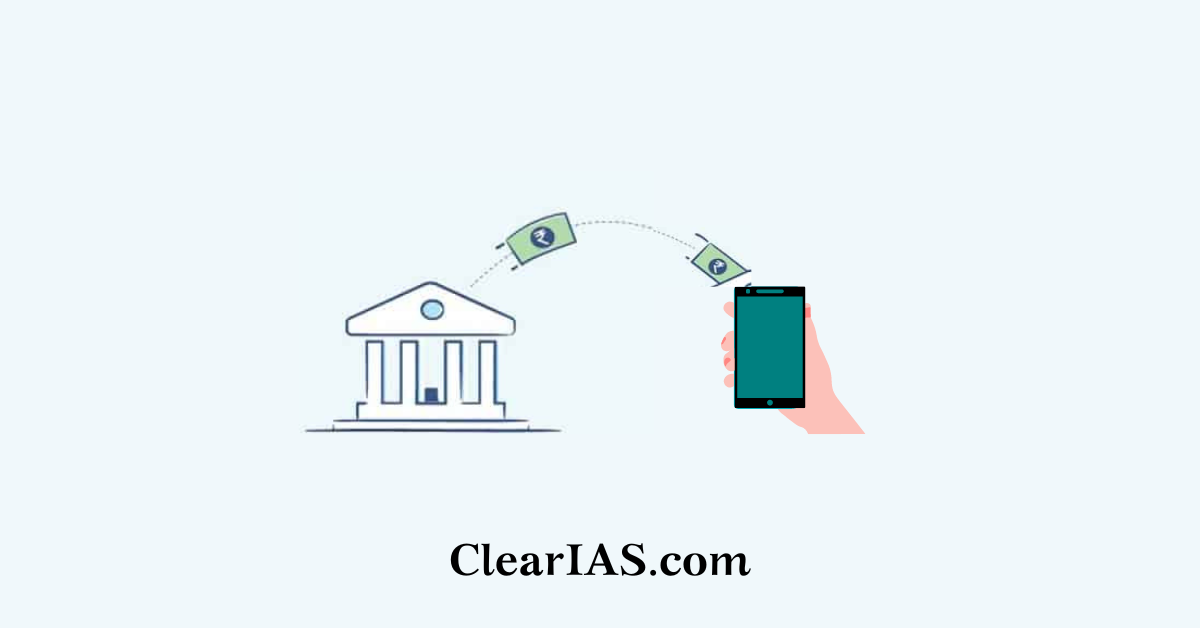 Reforming the government delivery system through the Direct Benefit Transfer scheme is a progressive step, but it has limitations too. What is DBT? What are the challenges faced by DBT? Read here to know more.

Is DBT a part of the antipoverty program?

DBT can be a solution for beneficiaries to reduce the malpractices in the payment systems.

What is Direct Benefit Transfer?

Direct Benefit Transfer scheme or program aims to establish a Giro system to transfer subsidies directly to the people through their linked bank accounts.

The following programs are part of the DBT initiative:

The program was launched in selected cities of India on 1 January 2013.

The DBT was inaugurated at Gollaprolu in the East Godavari district by the former Union Minister for Rural Development, Jairam Ramesh, and the former Chief Minister of Andhra Pradesh, N. Kiran Kumar Reddy.

The first phase of DBT was launched in 43 districts, covering scholarships and social security pensions initially.

With effect from December 2014, it was expanded across the nation.

Structure of the Direct Benefit Transfer

The Direct Benefit Transfer program aims to bring transparency and terminate pilferage from the distribution of funds sponsored by the Central Government of India.

Benefits or subsidies are immediately transferred to citizens living below the poverty level under DBT.

The Office of the Controller General of Accounts’ Central Plan Scheme Monitoring System (CPSMS) serves as a common platform for routing DBT.

CPSMS can be used to prepare the beneficiary list, digitally sign it, and process payments in the beneficiary’s bank accounts via the Aadhaar Payment Bridge.

Note: Aadhar is not mandatory to access benefits under DBT.

To know more about The Architecture Of Direct Cash Transfer To Public Using AADHAR, click here.

The mechanism of the Direct Benefit Transfer Scheme

The Components of the Direct Benefit Transfer

These functions include features like application for the scheme by the beneficiary with a bank account and Aadhaar details, review by scheme owners for eligibility of the beneficiary according to scheme guidelines, beginning bank account/Aadhaar verification, payment initiation through Fund Transfer Order, etc. These features make up a workflow-based framework for centrally sponsored and state-linked schemes.

MGNREGA, PM-AWAS, PM-KISAN, DBT-PAHAL, etc. are some examples of such systems.

Although many of the initiatives use Aadhaar to process payments, payments can also be made using a bank account number if Aadhaar is not readily available.

By sending payment instructions to PFMS, which then sends them to banks after the appropriate beneficiary confirmation, the IT systems of the plan start the process of paying legitimate beneficiaries.

With the integration of more than 500 banks for the verification of bank accounts and the Aadhar seeding of beneficiaries with the NPCI, PFMS has developed into a powerful payment and reconciliation platform.

The failure of payments and delays in the beneficiary receiving their monies were significantly reduced by the prior authentication of beneficiary accounts.

As the final mile of distribution, banks are important to the DBT process flow.

All account-based transfers are sent through core banking channels. The processing effectiveness at this point along with the flow of reverse MIS provided the DBT program with the desired momentum.

One of the unusual payment methods mandated by NPCI, the Aadhaar Payment Bridge (APB), leverages the Aadhaar number as a crucial key to digitally channel government rewards and subsidies into the Aadhaar Enabled Bank Accounts (AEBA) of the targeted beneficiaries.

NPCI generates an Aadhaar mapper to enable the transfer of funds.

The most crucial element of the Aadhaar Payments Bridge (APB) is the Aadhaar mapper, which holds data about the bank accounts that have been seeded with the Aadhaar number and are used by NPCI to send payments to the destination Bank.

The types of schemes covered under the Direct Benefit Transfer

The following are the different methods of cash transfer covered under DBT.

The government immediately forwards cash to each beneficiary under the Direct Benefit Transfer cash transfer scheme. Following is a list of the numerous ways that money is transferred from the government to beneficiaries:

In-kind benefit transfers from the government to beneficiaries

Other types of transfers

The Direct Benefits Transfer program also distributes funding and subsidies to other non-governmental functionaries that help implement government objectives, in addition to cash and in-kind transfers.

This category of benefit transfer includes incentives, entitlements, etc. that are provided to community workers and Non-Governmental Organizations (NGOs). Due to the assistance they provide to other recipients and the community, they are provided such benefits.

Advantages of the Direct Benefit Transfer

Recently, The Centre has decided to make the Direct Benefit Transfer (DBT) for the Public Distribution System (PDS) optional for states as the pilot initiatives have failed to yield the desired results.

The Centre had launched pilot projects for cash transfers in three Union Territories — Chandigarh, Puducherry, and Dadra & Nagar Haveli — to PDS beneficiaries, who had to then purchase food grains from the open market.

Food and Public Distribution Minister Ram Vilas Paswan stated the DBT effort did not achieve the desired objectives since recipients diverted payments for reasons other than purchasing food grains.

Furthermore, PDS recipients in a Maharashtra hamlet were offered the option of using DBT or purchasing foodgrains from a fair-pricing shop. It was discovered that the beneficiaries preferred to shop at the fair price shop.

Similarly last year, Jharkhand discontinued a DBT pilot in the public distribution system ten months after it was launched.

Positives of DBT in PDS

Negatives of DBT in PDS

What is the current level of Central Government subsidy and to what extent is it under DBT?