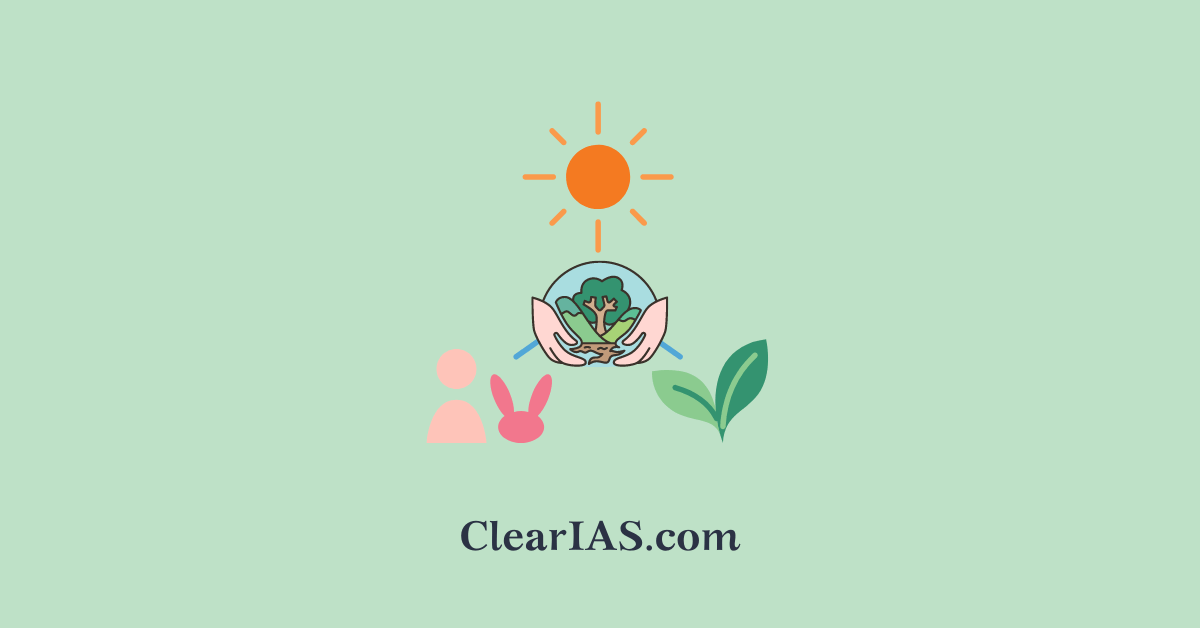 What do you understand by ecosystem? What are the components and functions of an ecosystem?

The phrase “ecosystem” was first used in 1935 by British botanist Professor Arthur Tansley, who defined it as “the system resulting from the integration of all living and non-living factors of the environment.”

According to him, an ecosystem is made up of both the organism and physical aspects that make up the environment as a whole.

Animals, plants, and humans coexist with a vast range of other species of plants and animals, such complex natural organization with their living and non-living environments that controls them and from which the living organisms derive their sustenance are technically called an “ecosystem” or an “ecological system”.

A functional unit of nature that represents the intricate interactions between living and non-living elements is known as an ecosystem.

Ecosystems exist within ecosystems, which is a fascinating observation to make. For example, a forest ecosystem that is included in the biosphere may contain a cow dung ecosystem.

The borders are clearly defined in some situations, such as ecology in a pond. In such cases, there are no clear boundaries between forests, grasslands, and deserts.

These ecosystems often are separated from adjacent ecosystems by a transition zone or a diffused boundary zone called ecotone.

In the ecotone zone, organisms from nearby ecosystems interact, giving rise to a potential for greater species diversity than in the neighboring ecosystems.

The elements that make up the ecosystem can be divided into biotic and abiotic (non-living) components;

For the ecosystem and the continued existence of living things, these abiotic components are essential.

2) Biotic Components: Living things, such as plants, animals, and decomposers, are referred to as “biotic components” and as per their functions, they are divided into producers and consumers.

(i) Producers: In ecosystems, they are autotrophic (self-nourishing) organisms that produce their own food through chemosynthesis or photosynthesis.

(ii) Consumers: Heterotrophs (other nourishing) are incapable of photosynthesis and depend on organic food derived from animals, plants, or both. Consumers can be divided into two broad groups namely macro and micro consumers.

Micro consumers are organism that feeds on the dead matter including fungus and some bacteria that are saprophytic or heterotrophic in nature and cannot manufacture their own food.

Macro organisms are those that directly consume other animals or plants, macro consumers are also known as phagotrophs. Carnivores, omnivores, and herbivores are among them.

When plants and animals die, their bodies are still a source of energy and nutrients, as are their waste products such as urine and feces which they discard throughout their lifetimes. These organic remains are decomposed by micro-organisms, namely fungi and bacteria which grow saprophytically on these remains. They secrete digestive enzymes from their bodies on the dead and wasted materials, subsequently absorbing the products of digestion.

Scavengers such as a vulture or hyenas are the first to arrive at a dead organism’s remains, and they directly eat the dead plant and animal material. But while scavengers do break down dead animals, they aren’t decomposers, because they’re not reducing the animal into nutrients that become part of the soil.

Once scavengers are done with the remains, decomposers and detritivores take over and consume the parts that the scavengers have left behind.

What is the Trophic Level?

In an ecosystem, the various biotic components are related to each other and form food chains. If we group all the organisms in a food chain according to their general source of nutrition, we can assign them different trophic (feeding) levels.

The functions of an ecosystem include:

(ii) The cycling of nutrients.

The two ecological processes of energy flow and mineral cycle, which involve interaction between the physical, chemical, and biotic environments, may be viewed as the “heart” of ecosystem dynamics.

In an ecosystem, energy moves noncyclically (unidirectionally) from the sun to the decomposers via producers and macro-consumers (herbivores and carnivores), whereas nutrients continue to move in a cyclic manner.

Energy intake is necessary for the ecosystem’s survival and proper operation. Supporting a variety of ecosystem functions requires a constant supply of energy. Green plants serve as the energy’s entry points for the environment in our solar-powered system.

The law implies that 90% of the energy is lost during the transfer from one tropic level to another, and only 10% is passed to another tropic level and participates in the biological energy cycle.

As per the law, only about 10% of the energy from organic food/matter is stored as flesh in the next tropic.

The cycle works as the movement of mineral nutrients from the non-living to the living and then back to the non-living components of the ecosystem in a circular manner. This process is termed biogeochemical cycling (bio for the living; geo for atmosphere, water, rocks, and soil; and chemical for the elements and processes involved).

In this nutrient cycle, the important role is played by-