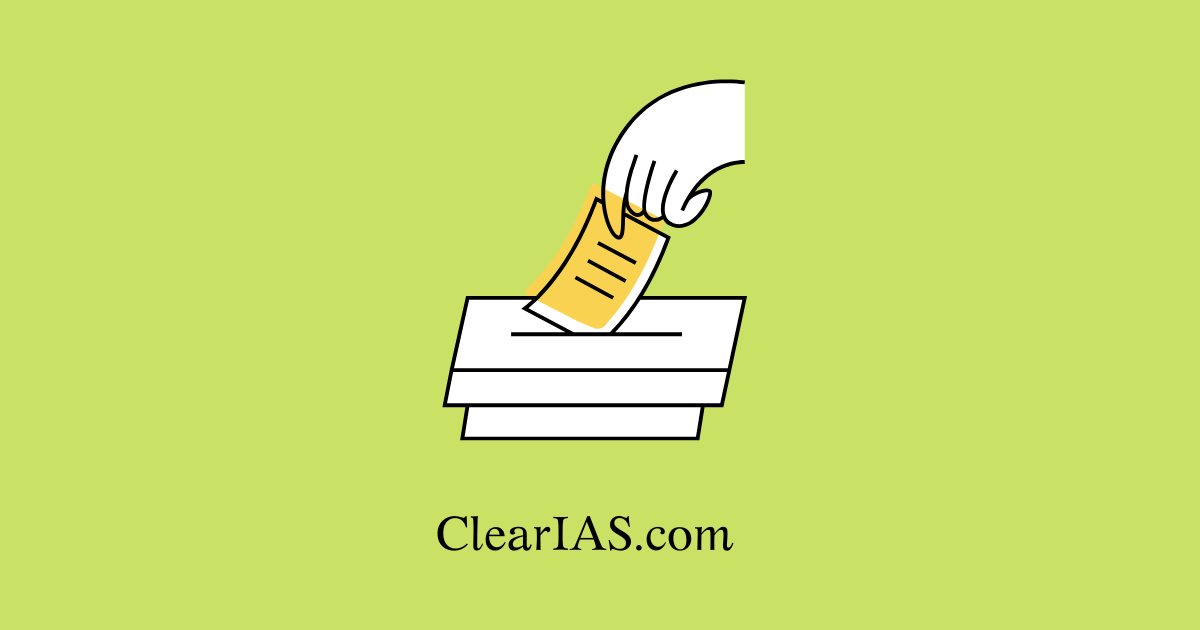 How Election Commission ensures free and fair elections in the country? What is its composition? What are its issues and significance? To answer these questions, read further.

The Indian Constitution established the Election Commission as a permanent and independent organization to oversee free and fair elections throughout the nation.

According to Article 324, the election commission shall have the authority to supervise, direct, and regulate elections for the Indian Parliament, state legislatures, the President of India, and the Vice-President of India.

In Mohinder Singh Gill v. Chief Election Commissioner, the Supreme Court held that the ECI has broad authority under Article 324, which allows it to take all necessary measures to ensure free and fair elections.

Chief Election Commissioner: He cannot be removed from his office except in the same manner and on the same grounds as a judge of the Supreme Court.

Resignation: Election Commissioners including chief election commissioners can resign at any time or can also be removed before the expiry of their term.

The chief election commissioner cannot be dismissed from his position other than in the same way and for the same reasons as a Supreme Court judge.

After being appointed, the chief election commissioner’s service requirements cannot be changed to his detriment.

Powers and Functions of the Election Commission

Elections are the cornerstone of democracy, and the ECI is crucial to that legitimacy. Therefore, to defend its autonomy, the guardian of elections itself urgently needs structural safeguards.

Along with overseeing the holding of free and fair elections, it also serves as a sort of court system for disputes between the various political parties and the current administration.

The budget of the Election Commission should be deducted from the Consolidated Fund of India. It should not be put to a vote by Parliament.