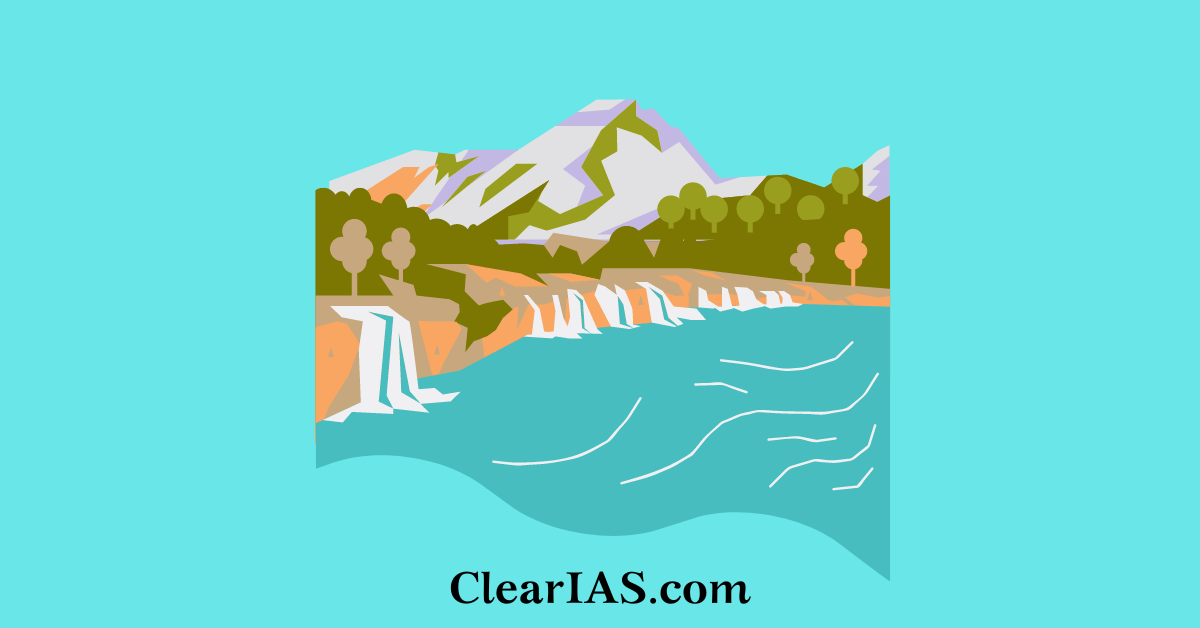 1000’s of years before floods are not familiar to us, right? Nowadays we are facing different types of floods (like Flash floods, Glacial lake outburst flood [GLOFs], Coastal floods, Urban floods, River or fluvial floods, and ponding floods), at least once every year.

In this article, we are going to study significance, impacts of Glacial lake’s outburst flood.

This is an important topic in the areas of geography, disaster management, environment, and ecology.

First let’s discuss the recent news about this.

Is this higher than Kangchenjunga?  Yes.

which is located on the border between India and Nepal, it is the highest mountain that is entirely in the nation. 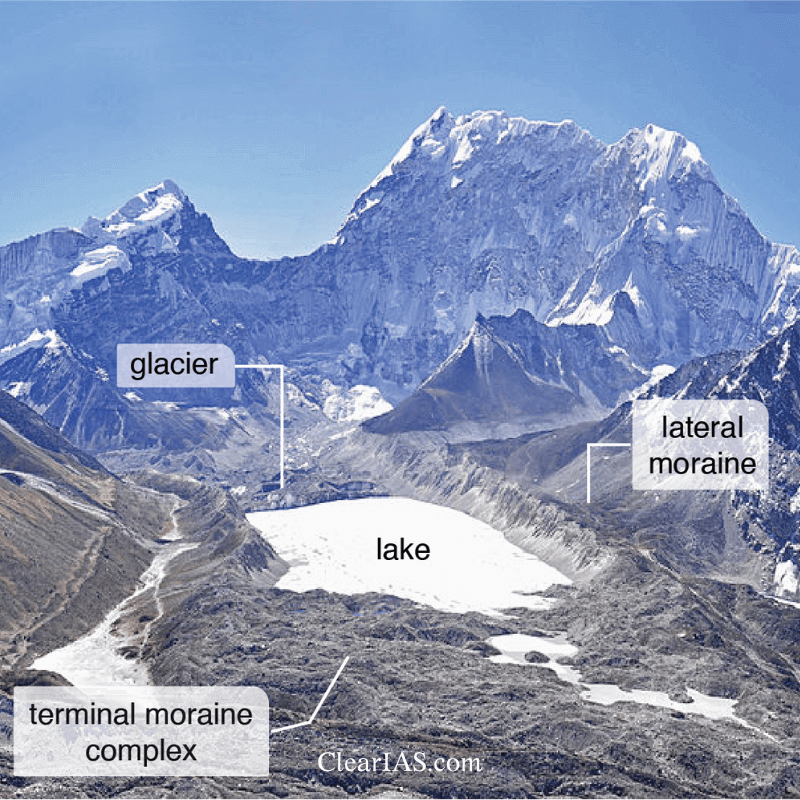 It is a glacial lake meltwater release caused by a dam failure in a moraine-dam or ice-dam glacial lake. This flood is the result of a glacier’s abrupt release of a water dam.

Glacial lake’s outburst flood have caused some of the biggest floods in recorded human history.

This flooding happens as a result of the accumulation of melting glaciers behind glacial or moraine dams. Due to the pressure from the water build-up, when such natural dams fail, the water gushes down in a powerful flow.

Because moraine dams are typically weak structures, they may rupture due to pressure build-up. In addition, landslides, earthquakes, and avalanches can cause them to fail.

Due to an increase in temperatures brought on by anthropogenic activities that hasten the melting of glaciers, environmental pollution can also cause GLOFs. Millions of cubic meters of water can be released in a short amount of time if moraine dams fail.

Any body of water that has glacial origins is referred to as a glacial lake.

There are two primary regions where glacial lakes develop:

When a glacier recedes, it may leave behind a sizable crater in the ground. This crater will eventually fill with water and become a lake. Usually, this is referred to as a moraine.

An unstable mound of debris and submerged ice has the potential to contain these lakes.

The majority of today’s moraine-dammed lakes were created as mountain glaciers started to retreat from sizable moraines built during the Little Ice Age.

Therefore, it is anticipated that as mountain glaciers continue to recede globally, the number of GLOFs dammed by moraines will rise.

Why does a glacier break?

Over 5,000 glacier lakes that are being held back by potentially unstable moraines have been slowly created by the Himalayan Mountains’ ongoing glacier melt.

The GLOFs that result from such dam failures can have disastrous social and geomorphic effects.

Many new glacial lakes, which are the main cause of GLOFs, have formed as a result of glacial retreat brought on by climate change that is present in the majority of the Hindu Kush Himalaya.

How we can mitigate the impacts of GLOFs :

GLOFs now present a threat to infrastructure and communities downstream. In the Indus, Ganga, and Brahmaputra basins, there are, respectively, 352,283 and 1,393 glacial lakes and water bodies, according to a study funded by the Central Water Commission and conducted between 2011 and 2015.