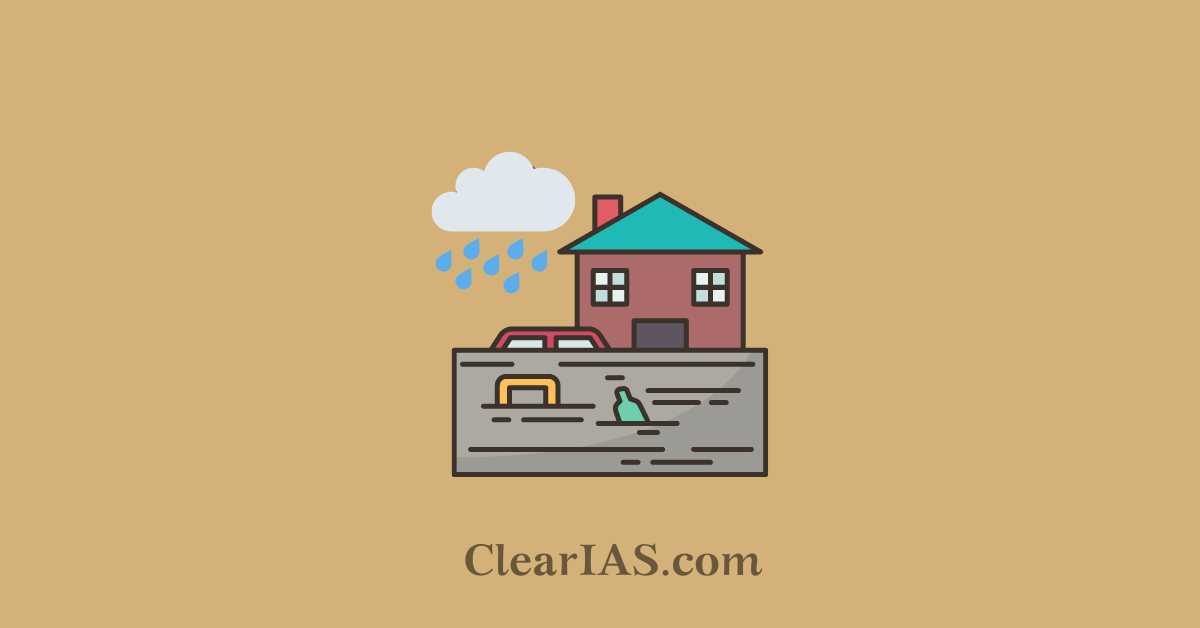 The increasing trend of urban flooding is a universal phenomenon and poses a great challenge to urban planners the world over.

Problems associated with urban floods range from relatively localized incidents to major incidents, resulting in cities being inundated from hours to several days.

Therefore, the impact can also be widespread, including temporary relocation of people, damage to civic amenities, deterioration of water quality, and risk of epidemics.

What is urban flooding?

Urban flooding describes the flooding of land or property within a constructed environment, especially in locations that are more densely inhabited (like cities), as a result of excessive rainfall that exceeds the capacity of drainage systems.

Urban flooding is significantly different from rural flooding as urbanization leads to developed catchments, which increases the flood peaks from 1.8 to 8 times and flood volumes by up to 6 times.

Consequently, urban flooding occurs very quickly due to faster flow times which is in a matter of minutes. Urban areas are densely populated and people living in vulnerable areas suffer due to flooding, sometimes resulting in loss of life.

It is not only the event of flooding but the secondary effect of exposure to infection also has its toll in terms of human suffering, loss of livelihood, and, in extreme cases, loss of life.

The causes of urban flooding are both natural and anthropogenic. The rising sea levels due to global warming are adding on to the problem. It was mostly stated that the areas lying in the flood plains are prone to floods, but urban floods have changed this notion.

The impact of urban floods is manifold and takes a long time for the affected area to get back to normal.

India has been witnessing numerous cases of urban floods over the past decade:

A special feature in India is that we have heavy rainfall during monsoons. There are other weather systems also that bring in a lot of rain.

Stormwater drainage systems in the past were designed for moderate rainfall intensity which has been getting very easily overwhelmed whenever rainfall of higher intensity has been experienced.

Encroachments are also a major problem in many cities and towns.

Improper disposal of solid waste, including domestic, commercial, and industrial waste, and dumping of construction debris into the drains also contribute significantly to reducing their capacities.

It is imperative to take better operations and maintenance actions.

The government has taken a few measures to tackle the menace of urban flooding through initiatives like:

The residential and commercial stakeholders can be further motivated to install green infrastructure options like rain gardens, green roofs, and rainwater harvesting systems.