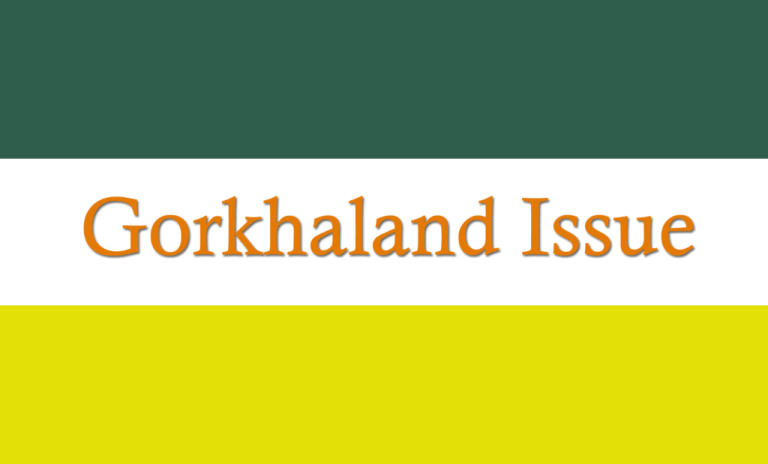 The crisis in Gorkhaland (West-Bengal) has been brewing for many decades and the stems from language – Nepali speaking people vs Bengali speaking people. Here, in this article, we are discussing in detail about the Gorkhaland Movement, its background, causes, the current situation, etc.

What is the Gorkhaland Issue?

Why is there a demand for separate statehood for Gorkhaland?

The story behind the rise of Gorkhaland – Chronology and Cause 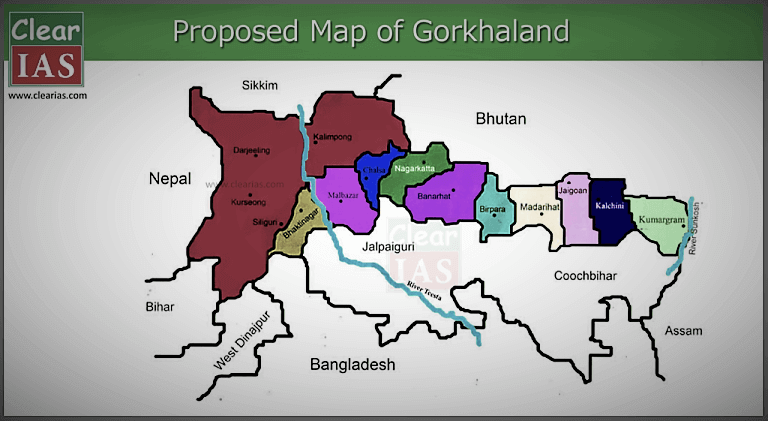 How Darjeeling came into existence?

Chronology of ‘demands for autonomy’

What made it worse?

Possible Resolution -Division of the state of West Bengal, to create Gorkhaland

2. Giving more powers to Gorkhaland Territorial Administration, creating a transparent and open election process. It must be realised that GJM rose due to the failure of the government to conduct 4th DGHC elections.

3. The Parliament can amend the Constitution of India and insert autonomous district within West Bengal by adding a provision like 244 A, which provides for such method for Assam.

The demands for separate statehood in India have been there even before India’s Independence. Even after the state re-organization of 1956, there were demands from various corners of the country for the creation of a separate state. Linguistic, cultural, ethnic and economic distinctions can be traced as the core reasons behind these demands.

Hegel said, “We learn from history that we do not learn from history”. The repetition of history in the Gorkhaland issue is the living proof. Especially in the post-independence, where the rise and fall of momentum in demand follow the rise and fall of the party involved. The solution lies in pleasing the population rather than the parties. Gorkhaland can become an epitome of decentralisation or a failed divided state. The choice is in the hands of people protesting. Are they protesting for the right cause?