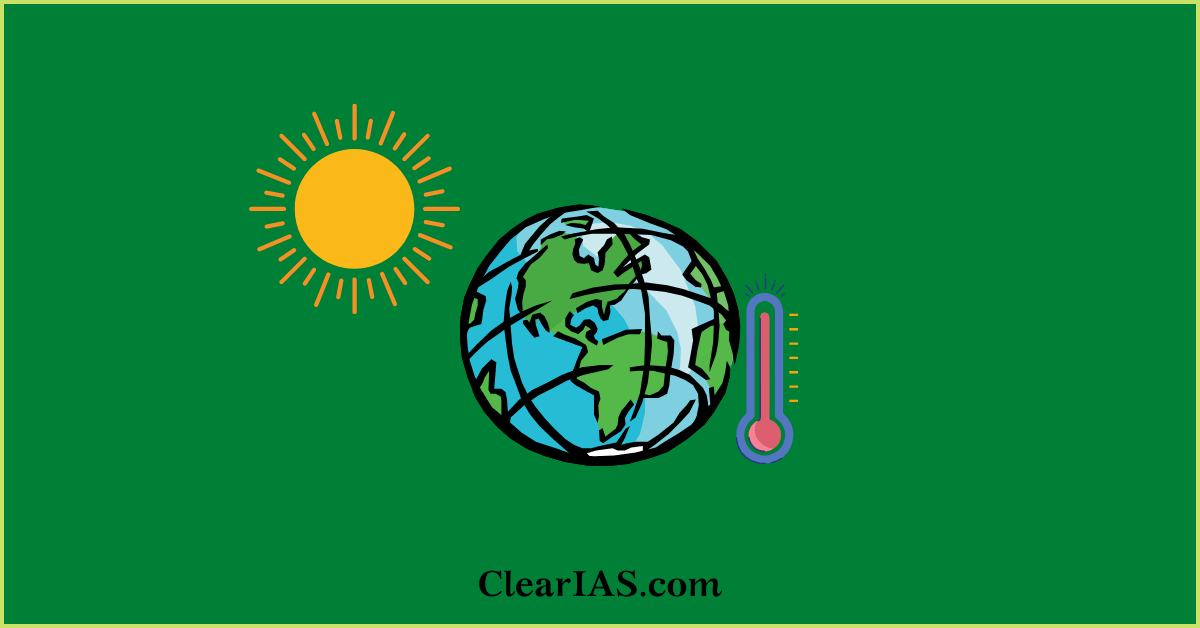 What do you mean by the Greenhouse effect? What are greenhouse gases? What are global warming and its impact? Read here to know more.

Nowadays we are facing many climate-changing issues like the greenhouse effect and Global Warming.

What do you mean by the Greenhouse effect?

A greenhouse is a structure where plants that require controlled climate conditions are grown. Its roof and walls are mostly made of transparent material, like glass.

In a greenhouse what is the incident solar radiation?

Visible light and nearby infrared and ultraviolet wavelengths.

Passes through the glass walls and roof and is absorbed by the ground, the floor, and the contents. As the materials warm up, they release the energy as longer-wavelength infrared radiation (heat radiation).

What is the reason infrared radiation cannot escape through radiative transfer?

Because glass and other wall materials used in greenhouses do not transmit infrared energy.

The building is not exposed to the atmosphere, so heat cannot escape through convection, causing the greenhouse’s interior temperature to rise. This is known as the ‘greenhouse effect ‘.

The greenhouse effect is a natural occurrence that has been taking place on earth for millions of years.

The natural greenhouse effect caused by the presence of water vapour and small water particles in the atmosphere has made life on earth possible. Together, these produce more than 95 per cent of total greenhouse warming.

There are multiple gases responsible for the greenhouse effect. They are listed below.

Which gases are responsible for the greenhouse effect?

It is a result of atmospheric gases like carbon dioxide, methane, nitrous oxide (N2O), water vapour, and chlorofluorocarbons being able to trap the outgoing infrared radiation from the earth’s surface.

Are all oxides of nitrogen greenhouse gas? No

Oxides of Nitrogen with the general formula NOx – NO, NO2 – Nitrogen oxide, Nitrogen dioxide, etc. are global cooling gasses while Nitrous oxide (N2O) is a greenhouse gas.

How does this impact?

This will cause the sea level to rise over a long period, submerging many coastal areas and causing the loss of coastal habitats, including the most crucial ecosystems in terms of ecological services, such as marshes and swamps.

Why does water vapour consider a unique greenhouse gas?

Because it absorbs both incoming (part of incoming) and outgoing solar radiation.

Is Black carbon and soot are same? Yes

Soot is another name for black carbon. Soot is a form of particulate air pollutant, produced from incomplete combustion.

When deposited on snow and ice, black carbon warms the earth by absorbing heat in the atmosphere and decreasing albedo (the ability to reflect sunlight).

Black carbon is the strongest absorber of sunlight and heats the air directly. 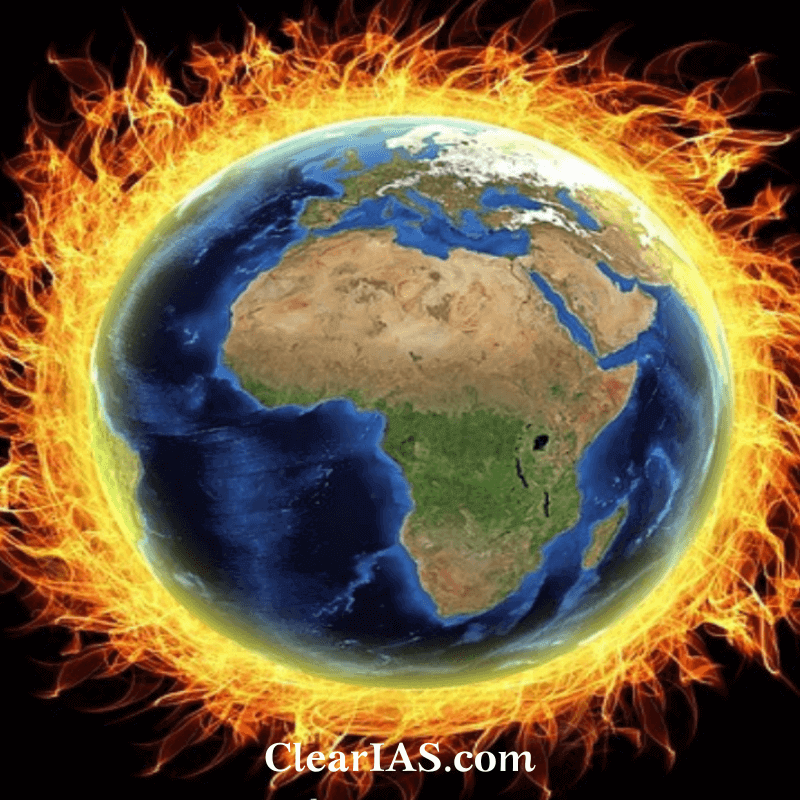 Melting of the ice caps refers to?

Melting of the ice caps and glaciers will lead to a rise in sea level.

Fertile coastal agricultural lands will be submerged, and saline water intrusions will degrade neighbouring land. Groundwater in such areas will be rendered ineffective.

What are the Rising Health-Related Issues?

Processes that cause Change in Sea Level

2. Tectonic changes occur due to a change in the level of the land.

It provides key evidence regarding climate change in the past. It helps in estimating the rates of tectonic upliftment in the past geological periods.

Short-term sea level change may be due to a complex interaction of the following factors:

The twentieth century has observed short-term global sea level rise due to the following factors.

Low-lying, densely populated coastal areas, which make up a significant portion of the populated land, will be submerged. Even the tiny islands will perish.

A rise in sea levels will have an impact on the estimated one billion people living on the planet.

The destruction of the reefs, coral atolls, and deltas will cause significant harm to the ecosystem. On the periphery of the dead corals, new coral reefs will form.

The mouths of drainage basins will be submerged due to the rise in sea level. The long profiles of the rivers will need to be readjusted as a result, and they probably show a rise.

The United Nations Environment Programme (UNEP) established the “Oceans and Coastal Areas Programme Activity Centre” in 1987 to investigate the phenomenon of sea level rise and to determine which nations are most at risk of submersion.

Reducing Carbon in the Atmosphere to fight Climate Change.

Half of the world’s electricity is generated by burning coal. Coal will remain a dominant energy source for years to come.

One type of coal preparation, coal washing, removes unwanted minerals by mixing crushed coal with a liquid and allowing the impurities to separate and settle.

Other systems control the coal burn to minimize emissions of sulphur dioxide, nitrogen oxides, and particulates.

Low-NOx (nitrogen oxides) burners reduce the creation of nitrogen oxides, a cause of ground-level ozone, by restricting oxygen and manipulating the combustion process.

Capture: Flue-gas separation removes CO2 and condenses it into a concentrated CO2 stream.

After capture, secure containers sequester the collected CO2 to prevent or stall its re-entry into the atmosphere.

The two storage options are geologic and oceanic (must hide the CO2 until peak emissions subside hundreds of years from now).

Due to this rise in atmospheric carbon, much emphasis has been placed on and hope placed on soil, plants, and trees’ capacity to temporarily store the carbon that burning fossil fuels releases into the atmosphere.

The Kyoto Protocol, the primary tool used by the international community to stop global warming, suggests that reducing carbon dioxide emissions from fossil fuels while also allowing trees and soil to absorb carbon dioxide is a valid strategy.