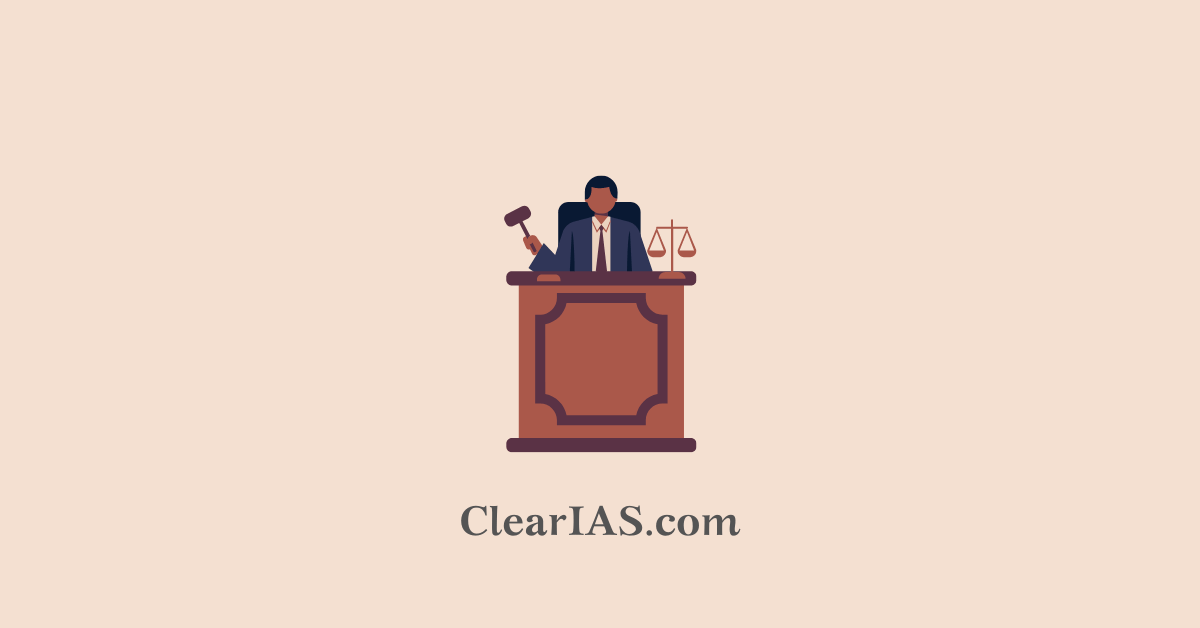 For the first time, the Indian High Courts Act of 1861 establish the High Courts of Calcutta, Madras, and Bombay.

Constitution has authorized the Parliament to establish a common high court for two or more States or for two or more states and union territories. This provision was added to the constitution through the 7th Amendment Act of 1956.

According to the constitution, India follows a single integrated judicial system which means that the apex court i.e, the Supreme Court is the head of all courts, and the High Courts of all states function under it. High Courts are the highest judicial body at the State level and the territorial jurisdiction of the high court is proximate to the territory of a state.

Article 214 states that there shall be a High Court for each State.

Article 215- High Courts to be courts of record

Every High Court shall be a court of record, the judgment, proceedings, and act of the high court are recorded for perpetual memory/testimony and it has all the powers of such a court including the power to punish for contempt of court.

Every High Court shall consist of a Chief Justice and such other Judges as the President may from time to time deem fit and necessary to appoint.

The process of removal is as follows

Qualification of Judges of a High Court

Note- It is clear from the above statements that, the constitution has not prescribed any minimum age for an appointment.

Article 219- Oath or affirmation by Judges of High Courts

A person appointed as a Judge of a High Court shall, before entering upon his office, make and subscribe oath or affirmation before the Governor of the State, or some person appointed by him in this regard.

Article 220- Restriction on practice after being a permanent Judge

Any permanent judge of a high court shall not plead or act in any court or before any authority in India except the Supreme Court and the other High Courts.

When the office of Chief Justice of a High Court is vacant or temporarily absent or unable to perform the duties of his office, then the duties of the office are performed by such other Judges of the Court as the President may appoint to serve the purpose.

President is also authorized to appoint a qualified person as an acting judge of the high court if the judge of the high court (other than Chief Justice0 is unable to perform his duties due to the absence of the such judge and is appointed temporarily as the Chief Justice of the High Court. An acting judge can hold office until the permanent judge resumes his office.

Note- Both acting and additional judges cannot hold the office beyond the age of 62 years.

Article 225- Jurisdiction and power of the High Court

It is the highest court of appeal bestowed with the power to interpret the constitution. At present high court enjoys the following jurisdiction and powers-

The high court has the power to hear the dispute in the first instance i.e, it has the original jurisdiction. That contains the matter related to contempt of court, the election of the member of parliament and state legislature, revenue matters, enforcement of fundamental rights, etc.

It is empowered to issue writs including habeas corpus, certiorari, mandamus, prohibition, and quo warranto for the enforcement of fundamental rights and for any other purpose i.e, for enforcement of ordinary legal rights as well.

Article 227- Power of superintendence over all courts by high courts

Supervisory Jurisdiction- The high court has the power to superintendence over all courts and tribunals functioning in the territorial jurisdiction. But it has no jurisdiction over military courts or tribunals.

Its law is binding over all subordinate courts within the territory in the same manner as the law of the Supreme Court is binding on all courts in India.

The high court is empowered to withdraw a case pending in a subordinate court if it involves a substantial question of law or required constitutional interpretation.

The Chief Justice of the High Court has the freedom to appoint the officers and servants of the high court without any executive interference. The Chief justice is also empowered to prescribe their condition of services.

Constitution has authorized the Parliament to establish a common high court for two or more States or for two or more states and union territories. This provision was added to the constitution through the 7th Amendment Act of 1956.

The Parliament is authorized to establish a common high court for two or more States.