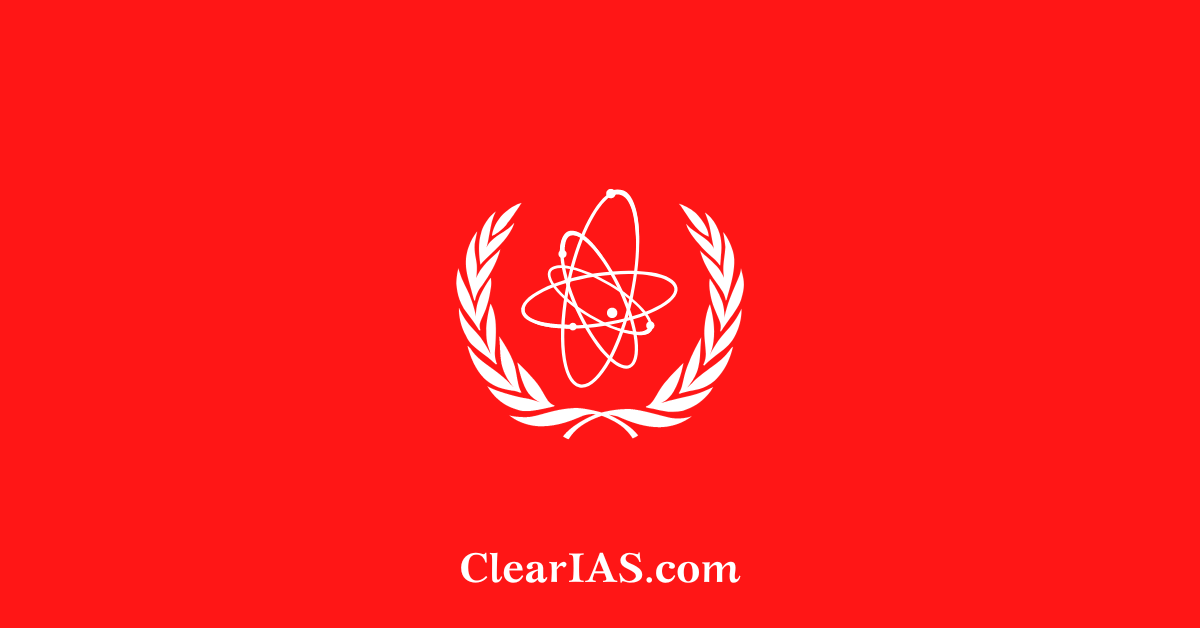 The International Atomic Energy Agency (IAEA) is the world’s leading international platform for scientific and technological collaboration in nuclear energy’s peaceful applications. What are the functions of IAEA? What is the conflict between Iran and the IAEA? Read more about IAEA here.

The International Atomic Energy Agency (IAEA) is an international organisation dedicated to promoting the peaceful use of nuclear energy and prohibiting its use for military purposes, including the development of nuclear weapons.

On July 29, 1957, the IAEA became an independent entity. The IAEA reports to both the UN General Assembly and Security Council, despite being founded independently of the UN by its own international treaty, the IAEA Statute.

Its mandate includes promoting nuclear safety (including radiation protection) and nuclear security standards and their implementation.

The IAEA’s three chief areas of work are: Safety and Security, Science and Technology and Safeguards, and verification

IAEA, headquartered in Vienna, contributes to peace and security in the world and also towards achieving the Sustainable Development Goals (SDGs).

1. Works with its Member States and multiple partners worldwide for Promoting and assisting the research, development and practical applications of peaceful uses of nuclear technologies.

2. Establishing and administering safety guards to ensure that such research/development, etc., by the IAEA is not used for military purposes.

3. Applying, under the Nuclear Non-Proliferation Treaty (NPT) and other international treaties, mandatory comprehensive safeguards in non-nuclear-weapon states (NNWS) parties to such treaties.

The IAEA has two policymaking bodies. They are- the General Conference and Board of Governors.

1. General Conference of IAEA: It is made up of each of the IAEA’s member nations, and it convenes annually for its regular session. The yearly regular budget is established by General Conference, and it also handles extra-budgetary monies and voluntarily provided contributions to the Technical Cooperation Fund.

2. Board of Governors: It consists of 35 members. Each board members have one vote. The Board generally meets five times a year. Its key functions are- Question: In the Indian context, what is the implication of ratifying the ‘Additional Protocol’ with the ‘International Atomic Energy Agency (IAEA)’?

A) The civilian nuclear reactors come under IAEA safeguards.

B) The military nuclear installations come under the inspection of the IAEA.

C) The country will have the privilege to buy uranium from the Nuclear Suppliers Group (NSG).

D) The country automatically becomes a member of the NSG.

Question: In India, why are some nuclear reactors kept under “IAEA Safeguards” while others are not?

(A) Some use Uranium and others use thorium.

(B) Some use imported uranium and others use domestic supplies.

(D) Some are State-owned and others are privately-owned.