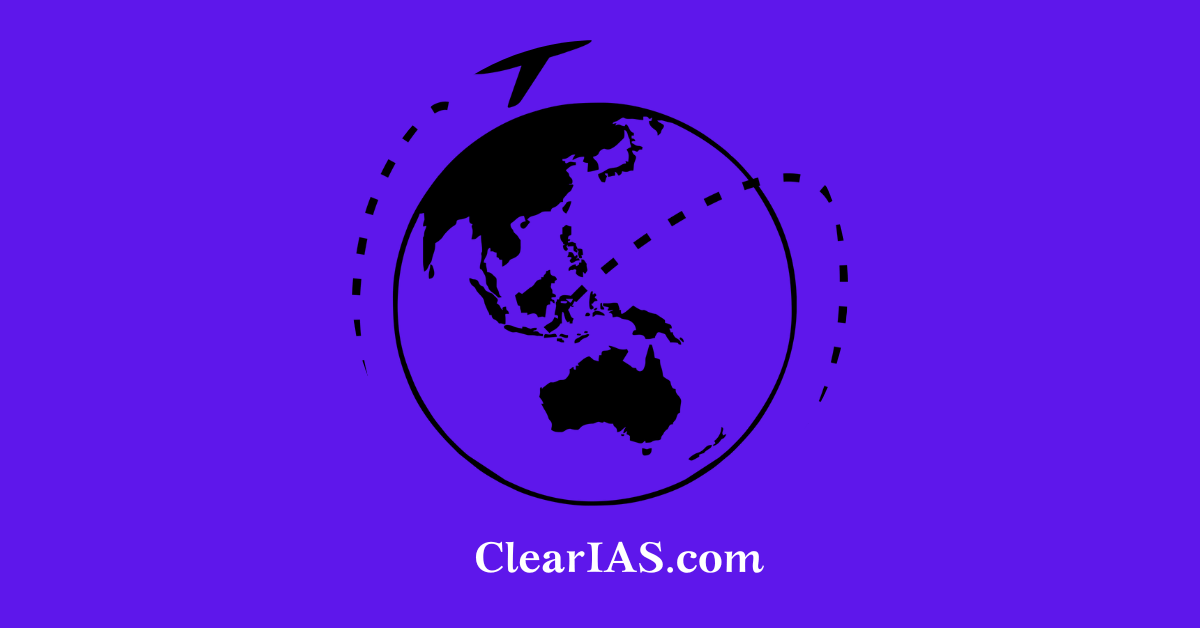 The worldview has transformed from a Euro-Atlantic orientation to an Indo-Pacific one due to the altered global and regional geo-strategic environment. How are different nations interpreting the area? What forces are causing the world to turn to the Indo-Pacific? What are India’s goals and plans for the Indo-Pacific region? Read more to answer these questions.

It is crucial to comprehend what the word “Indo-Pacific” actually means and how it came to be used in the worldwide context given the Indo-growing Pacific’s importance in international discourse.

What obstacles must India overcome and how can India’s Indo-Pacific strategy be strengthened going forward?

We will try to answer everything related to these questions.

What is the Indo-Pacific?

An alternative to the long-dominant “Asia-Pacific,” which signified the eastward movement of global developments from the Euro-Atlantic dimension, is the Indo-Pacific.

Geographically, it is a theatre that combines the Pacific Ocean, the Indian Ocean, and the surrounding land masses.

The region is understood differently in various nations. The Indo-Pacific is an area, according to nations like the US, that extends from the coastlines of the Indian subcontinent to the western shore of the Americas. In contrast, the notion is far more expansive in India and Japan, reaching the African continent’s coasts.

India, the United States, Australia, Japan, members of ASEAN, and other maritime nations that hold key positions in the Indian and Pacific Oceans, including small island nations, are major players in the Indo-Pacific.

What forces are causing the world to turn to the Indo-Pacific?

The following are the forces that make Indo-Pacific a crucial idea.

A competitive environment for the exploitation of these resources has been established by the extensive coastlines and Exclusive Economic Zones (EEZs) of littoral countries.

China as a factor

A number of regional and extra-regional nations have expressed concern in recent years about China’s assertive foreign policy, rapid economic growth, military development, and power projection. The following are the concerns of world nations regarding China’s foreign policy.

Due to its size, the area faces a variety of risks that are challenging to identify and manage, including piracy, illegal fishing, human trafficking, terrorism, and environmental dangers.

All nations must work together and integrate their efforts to combat these challenges.

The Indo-Pacific Region makes up 65% of the global population, occupies 44% of the planet’s surface area, generates 62% of global GDP, and supports 46% of global trade in goods.

In addition to being a wealthy market, the region also manages international supply networks.

India considers Indo-pacific as the main artery to her development. Now let us look at some of those dimensions.

Peace and Security in the Indian Ocean

India aspires to reduce the role of China in the region with an inclusive approach with other nations so that Chinese aggressions will take a back stand.

To expand its own presence in the region, especially in Africa, the Middle East, and Southeast Asia and maintain its role as a net security provider.

Climate change will have a negative impact on India in the future. India supports the region’s sustainable development as a result of the growth of the blue economy.

What is India’s blueprint for Indo-Pacific?

How is India’s Vision of the Indo-Pacific different from other countries?

It is important to realize that India does not view the Indo-Pacific region as an alliance or plan meant to subjugate or oppress any one nation. The same cannot be true for other nations, such as the US, whose Indo-Pacific strategy calls for an Indo-Pacific that is free and open but does not articulate inclusivity openly.

It suggests that the US could not be amenable to China’s engagement and gives the idea of the Indo-Pacific a “containment” character.

India’s major region of focus is still the Indian Ocean, despite its desire to increase its diplomatic and political presence throughout the Indo-Pacific. Let’s talk about the fundamental components of India’s Indo-Pacific strategy.

As a Security Provider: India has been the primary security provider and strategic partner to most of its smaller
neighbors like Maldives, Mauritius, Seychelles, and Sri Lanka.

As a first responder: Due to its strategic position, India’s navy is among the first to reach nations requiring
humanitarian assistance or medical aid in times of crisis and disasters

With the help of intelligence, surveillance, and reconnaissance, the Indian Navy hopes to acquire a solid and comprehensive strategic situational awareness of developments in the IOR. Among the organizations that support MDA initiatives are

The new strategic reality of the twenty-first century is represented by the creation of the Indo-Pacific as a new geographical region that joins the Pacific and Indian Oceans.

As a result, the Indo-Pacific region offers an excellent opportunity to raise India’s visibility and global position.

India has a dominant position in the region thanks to its geopolitical advantage, which has to be used more effectively to advance national objectives.

To add greater content and strength to regional and bilateral collaborations, new areas of cooperation must be found.

This will give India and the nations in the Indo-Pacific area as a whole traction for growth, prosperity, and security.