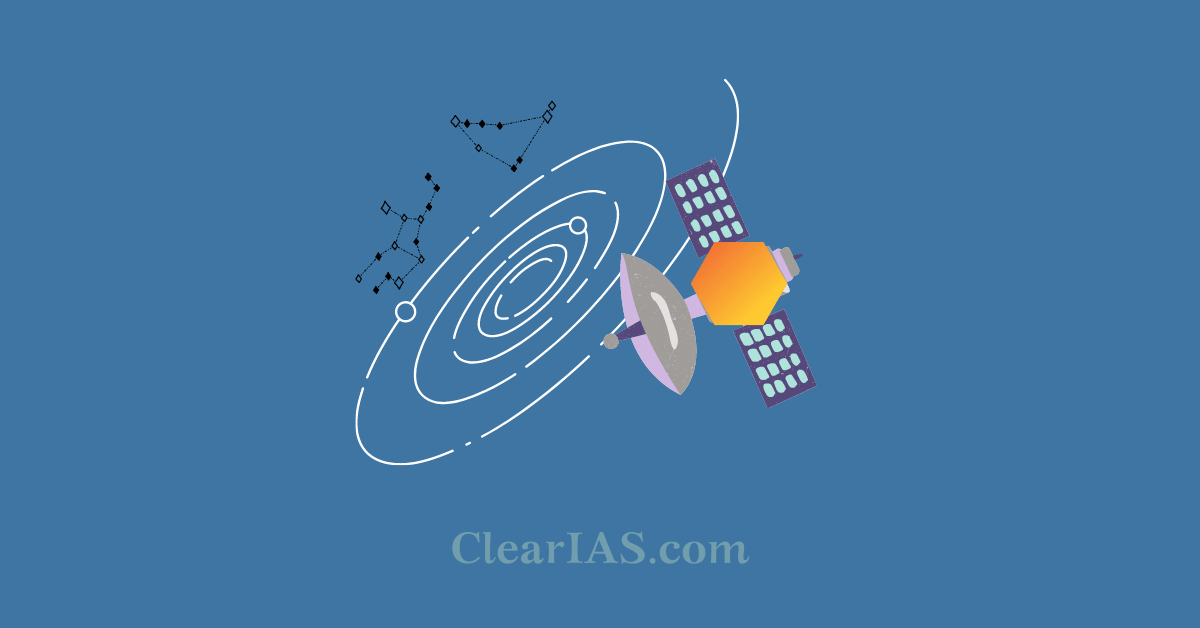 What is the importance of the James Webb Space Telescope launched by NASA? How is it different from the Hubble space telescope? Know more here.

The Webb telescope will reach its destination in solar orbit about 1.6 million km from Earth (about four times farther away than the moon) after travelling 2 weeks in space. The Webb’s special orbital path will keep it in constant alignment with the Earth as the planet and telescope circle the sun in tandem.

By comparison, Webb’s 30-year-old predecessor, the Hubble Space Telescope, orbits the Earth from about 550 km away, passing in and out of the planet’s shadow every 90 minutes.

Webb mainly will view the cosmos in the infrared spectrum, allowing it to gaze through clouds of gas and dust where stars are being born, while Hubble has operated primarily at optical and ultraviolet wavelengths.

It was launched on an Ariane 5 ECA rocket from French Guiana in South America.

It is the most powerful infrared telescope launched by NASA. The telescope is the result of an international collaboration between NASA, the European Space Agency (ESA), and the Canadian Space Agency.

Webb will reveal new and unexpected discoveries, and help humanity understand the origins of the universe and our place in it. The telescope will also study the atmospheres of a wide diversity of exoplanets.

It will also search for atmospheres similar to Earth’s, and the signatures of key substances such as methane, water, oxygen, carbon dioxide, and complex organic molecules, in hopes of finding the building blocks of life. 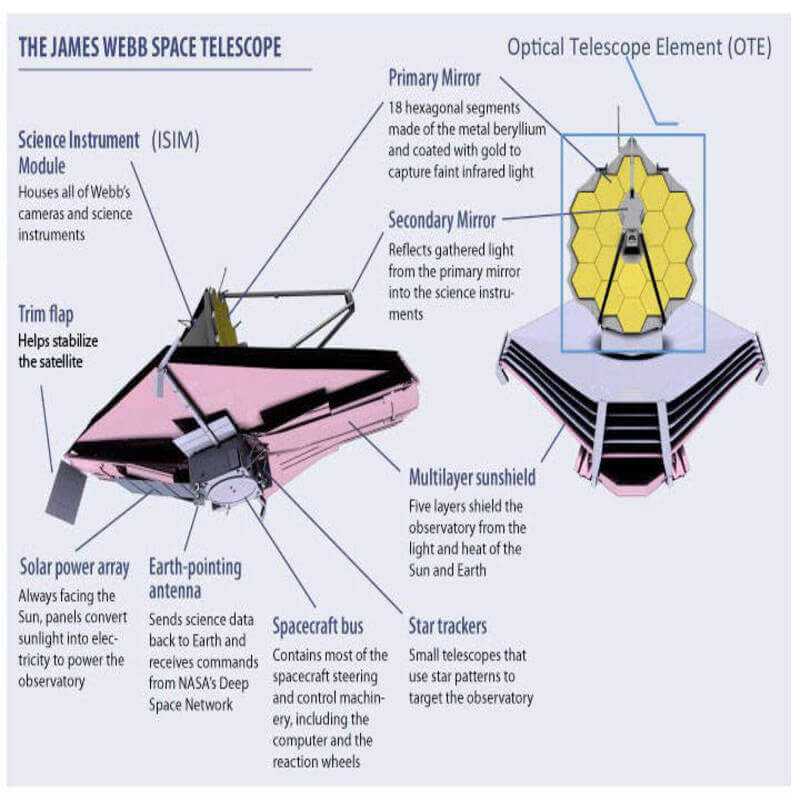 Objectives of the Webb space telescope:

NASA has called the Webb telescope the successor of Hubble.

The Hubble Space Telescope was launched into low Earth orbit in 1990 and has made more than 1.4 million observations, including tracking interstellar objects, capturing a comet colliding with Jupiter, and discovering moons around Pluto.

Hubble has captured galaxies merging, probed supermassive black holes, and has helped scientists understand the history of the universe.

Differences between Hubble and Webb Telescope:

In 2009, the European Space Agency launched an infrared telescope named the Herschel Space Observatory. It also orbits the Sun-like how Webb would.

Webb’s instruments make it ideal to search for evidence of potentially life-supporting atmospheres around many of the newly documented exoplanets and to observe worlds of Mars and Saturn’s icy moon Titan.

This telescope is set open a whole new world of information about the universe and will bring about a revolution in the astronomical world.