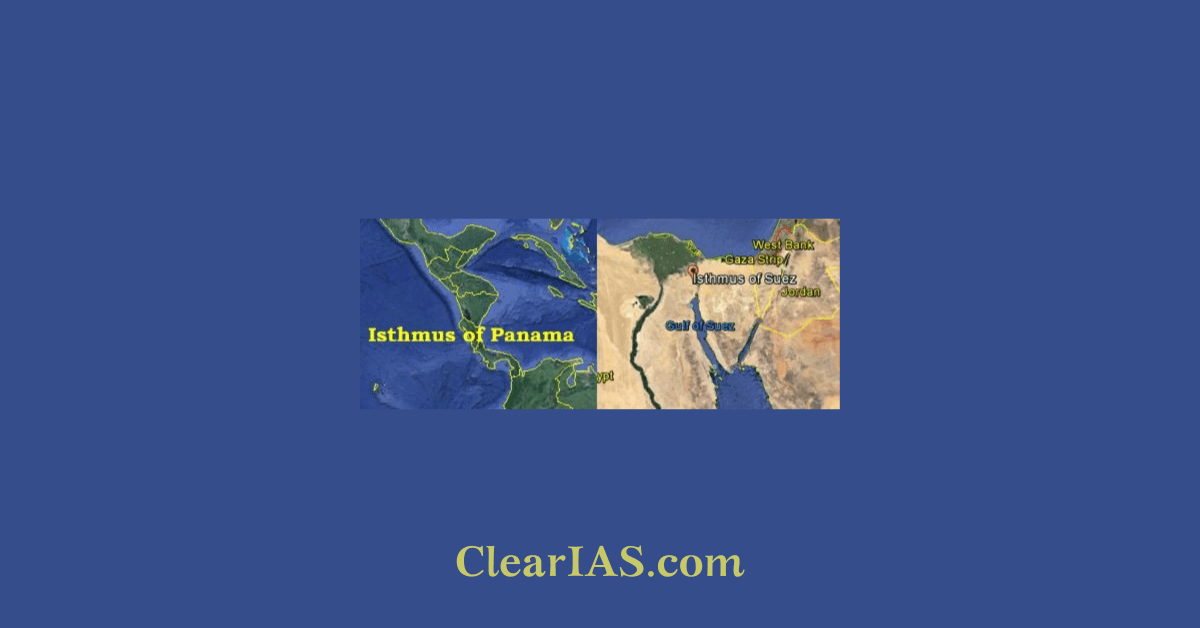 What is an Isthmus? What are the features of the Isthmus? How Isthmus is different from land bridges and peninsulas? Which are the major Isthmus around the world? Read here to know more.

Through the Panama Canal, ships can cross the Panama Isthmus in about 8 to 10 hours. Each year, 14,000 ships travel between the Atlantic and Pacific Oceans.

What is an Isthmus?

An isthmus is a long, thin strip of land that connects two land masses and separates two bodies of water. It has water on both sides.

An isthmus, isthmuses, or isthmi is a thin stretch of land that connects two bigger regions that are otherwise separated by a major body of water (from the Ancient Greek: isthmós, “neck”).

Tombolos include certain isthmuses. A tombolo is a sand, gravel, or silt coastal sedimentary deposit that links an island to the mainland.

Isthmus vs land bridge vs peninsula

Major isthmuses in the world

The city of Seattle:

Rock of Gibraltar- Most famous tombolo:

Some other major Isthmus in the world :

Canals built across the major Isthmus in the world