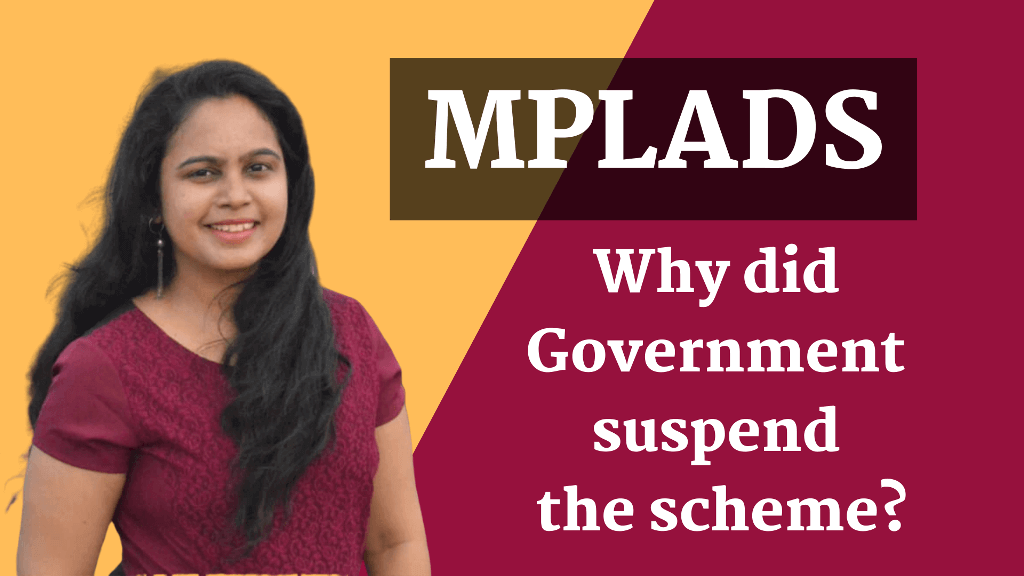 Under the MPLADS, each MP in India had the choice to suggest to the District Collector for works to the tune of Rs.5 Crores per annum to be taken up in his/her constituency.

In the background of COVID19 crisis, the Central Government of India recently suspended the Member of Parliament Local Area Development Scheme or MPLADS for two years.

This fund was launched to enable Members of Parliament to aid developmental works in their respective constituencies and create durable community assets based on local needs.

The implementation of MPLADS is entrusted with Members of Parliament Local Area Development Division.

Launched in 1993, the scheme provides each MP with the choice to suggest to the District Collector for works to the tune of Rs.5 Crores per annum to be taken up in his/her constituency.

The objective is to create durable community assets and for the provision of basic facilities including community infrastructure based on locally felt needs.

There is a ceiling of Rs.50 lakhs that can be spent from MPLADS fund, for works of a particular Society/Trust in its lifetime. To encourage trusts and societies for the betterment of tribal people, this ceiling is enhanced to Rs. 75 lakhs.

The Ministry of Statistics & Programme Implementation (MoSPI) is the nodal department responsible for policy formulation and release of funds.

The state nodal departments are responsible for supervision and monitoring.

Each MP will recommend works up to the annual entitlement to the concerned District Authority, who will get the eligible sanctioned works executed as per the established procedure of the State Government.

The annual entitlement of Rs 5 crore shall be released, in two equal instalments of Rs 2.5 crore each, by Government of India directly to the District Authority based on unspent amount and utilization certificate. The funds are non-lapsable and can be carried forward.

Why MPLADS is needed?

The continuation of the scheme is much needed for providing an alternate mechanism to carry out critical development works at the local level.

However, the many pitfalls of the scheme must be seriously looked into and a revamped implementation of the scheme in consonance with the CAG recommendations is desirable.