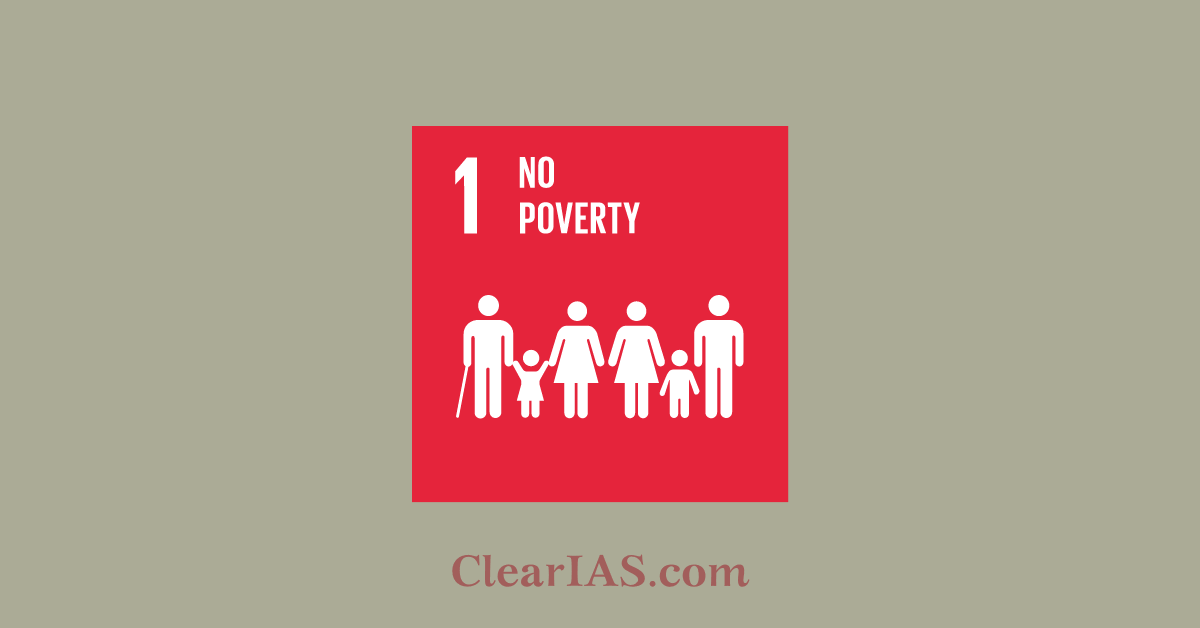 The global Multidimensional Poverty Index (MPI) is an annual report of poverty measures. Read here to know more about it.

It complements traditional monetary poverty measures by capturing the acute deprivations in health, education, and living standards that a person faces simultaneously.

The global MPI was developed by Oxford Poverty and Human Development Initiative (OPHI) with the UN Development Programme (UNDP) for inclusion in UNDP’s flagship Human Development Report in 2010. It has been published annually by OPHI and in the HDRs ever since.

What does the Multi-Dimensional Poverty Index (MPI) measure?

The global MPI shows who is poor and how they are poor and can be used to create a comprehensive picture of people living in poverty.

It permits comparisons both across countries and world regions, and within countries by ethnic group, urban/rural area, sub-national region, and age group, as well as other key household and community characteristics. For each group and country as a whole, the composition of MPI by each of the 10 indicators shows how people are poor.

This makes the MPI and its linked information platform invaluable as an analytical tool to identify the most vulnerable people – the poorest among the poor, revealing poverty patterns within countries and over time, enabling policymakers to target resources and design policies more effectively.

How is the Multi-Dimensional Poverty Index (MPI) measured? 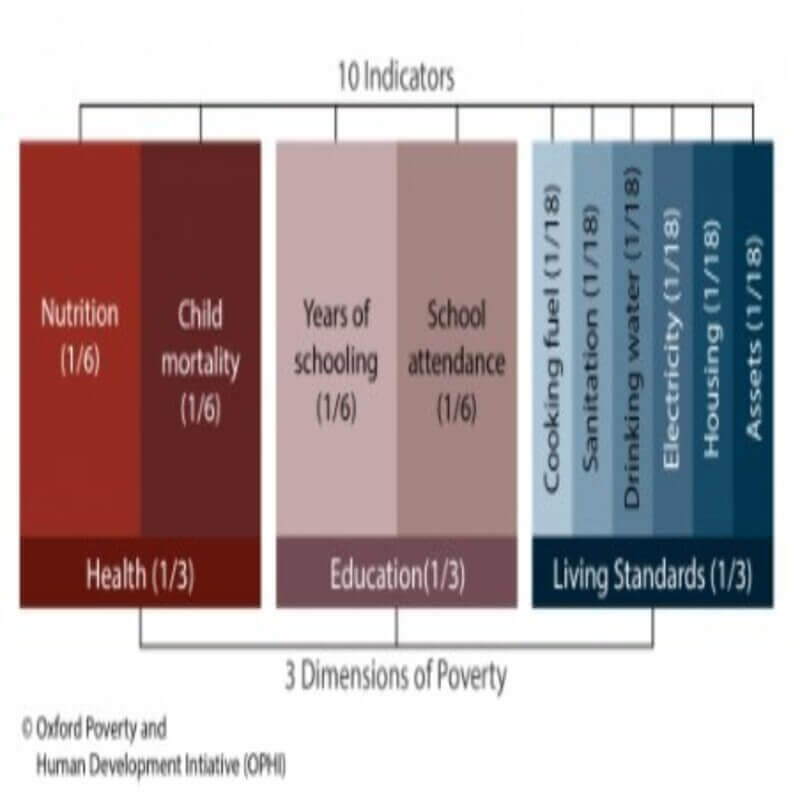 The MPI assesses poverty at the individual level. If a person is deprived in a third or more of ten (weighted) indicators, the global MPI identifies them as ‘MPI poor’. The extent or intensity of their poverty is also measured through the percentage of deprivations they are experiencing.

The global multidimensional poverty index uses three dimensions and ten indicators as described below. These dimensions and indications cover the sustainable development goals as well. 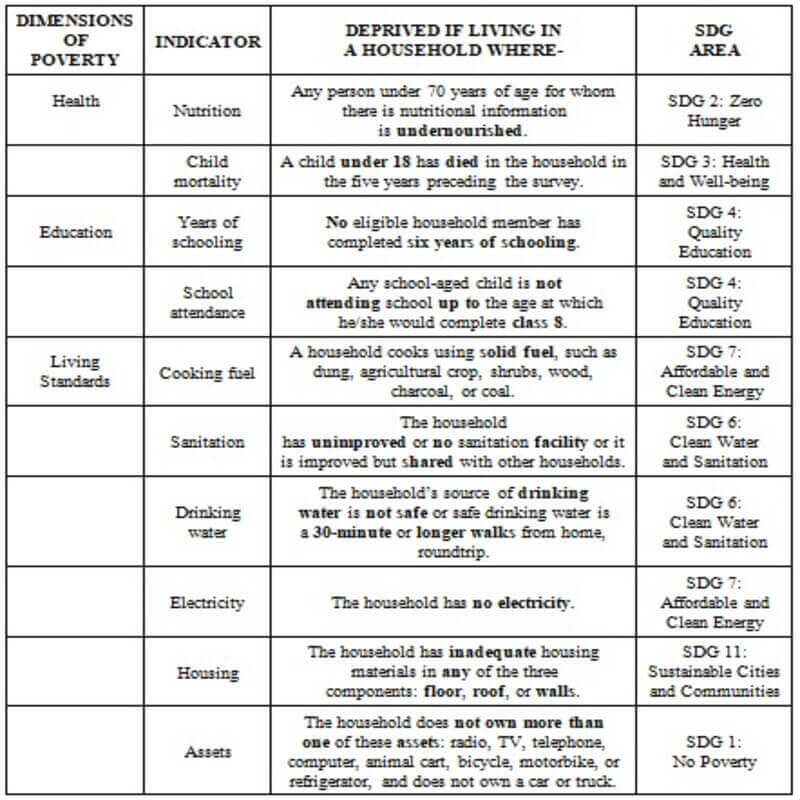 The multidimensional P0verty Index presents the incidence and intensity of multidimensional poverty among the castes and tribes and among individuals who are not members of any caste or tribe.

The CoVID-19 pandemic has eroded development progress around the world, and we are still grappling to understand its full impacts. It has exposed the weaknesses in social protection systems, education, and workers’ vulnerability around the world. These weaknesses are deepest in countries with higher levels of multidimensional poverty.