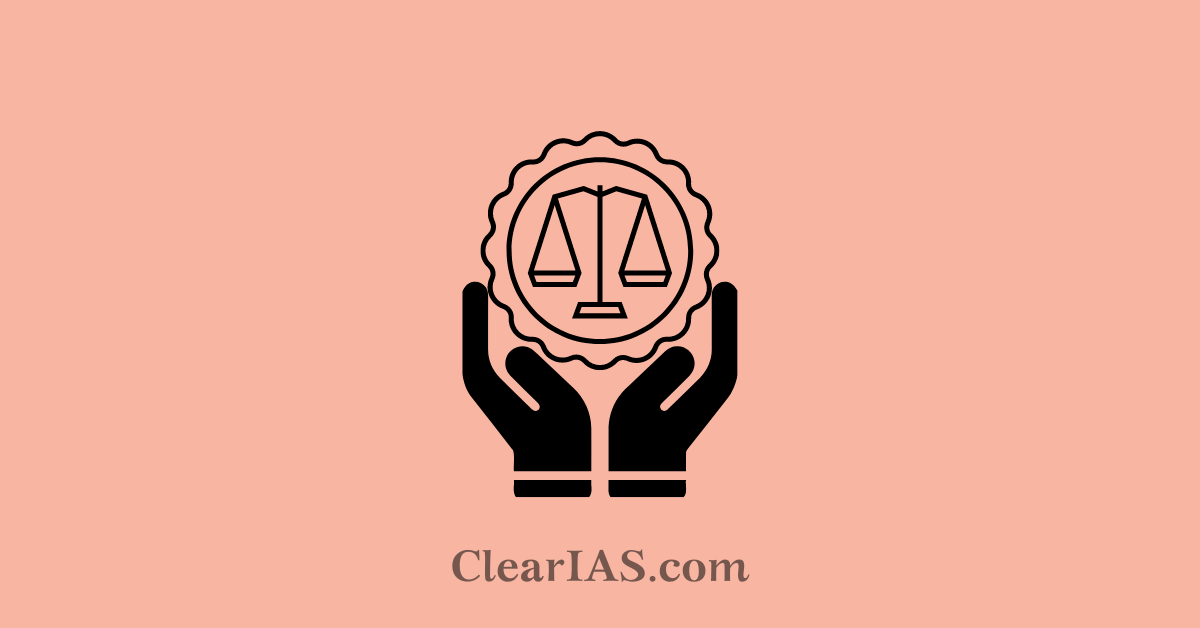 It aims to provide free Legal Services to the weaker sections of society and to organize Lok Adalats for amicable settlement of disputes.

Hon’ble The Chief Justice of India is the Patron-in-Chief.

NALSA is housed at the Supreme Court of India.

In every State, State Legal Services Authority has been constituted to give effect to the policies and directions of the NALSA and give free legal services to the people, and conduct Lok Adalats in the State.

Legal aid strives to ensure that the constitutional pledge is fulfilled in its letter and spirit and that equal justice is made available to the poor, downtrodden, and weaker sections of society.

The earliest Legal Aid movement appears to be from the year 1851 when some enactment was introduced in France for providing legal assistance to the indigent.

In Britain, the history of the organized efforts on the part of the State to provide legal services to the poor and needy dates back to 1944, when the Rushcliffe Committee was appointed to enquire about the facilities existing in England and Wales for giving legal advice to the poor.

Since 1952, the Govt. of India also started addressing to the question of legal aid for the poor in various conferences of Law Ministers and Law Commissions.

In 1960, some guidelines were drawn by the Government for legal aid schemes.

In 1980, a Committee at the national level was constituted to oversee and supervise legal aid programs throughout the country under the Chairmanship of Hon’ble Judge of the Supreme Court of India.

The introduction of Lok Adalats added a new chapter to the justice dispensation system of this country and succeeded in providing a supplementary forum to the litigants for conciliatory settlement of their disputes.

In 1987 Legal Services Authorities Act was enacted to give a statutory base to legal aid programs throughout the country on a uniform pattern.

The prime objective of NALSA is speedy disposal of cases and reducing the burden of the judiciary. Other objectives can be listed as follows:

National Legal Services Authority is the apex body constituted to lay down policies and principles for making legal services available under the provisions of the Act and to frame the most effective and economical schemes for legal services.

It also disburses funds and grants to State Legal Services Authorities and NGOs for implementing legal aid schemes and programs.

Legal aid is a human right, and article 21 of the Indian constitution describes it as a right to free legal aid or free legal service as a fundamental right. Legal aid as a human right is also envisaged in the Universal Declaration of Human Rights, 1948.

Hence, it is the judicial system’s responsibility that a mechanism like NALSA is utilized to the fullest to aid the right section of the society. More mechanisms should be put in place to ensure that the needed can avail of the services without any hindrance.

Initiatives like the Legal service mobile app launched by NALSA to enable equitable access to justice are a step in the right direction.

DISHA scheme was launched by the Department of Justice:

Other components of DISHA are:

The Scheme embeds the use of technology and developing contextualized IEC (Information, Education, and Communication) material in regional/local dialects to support its intervention and to achieve easy accessibility of legal services to the poor and weakest sections of society.