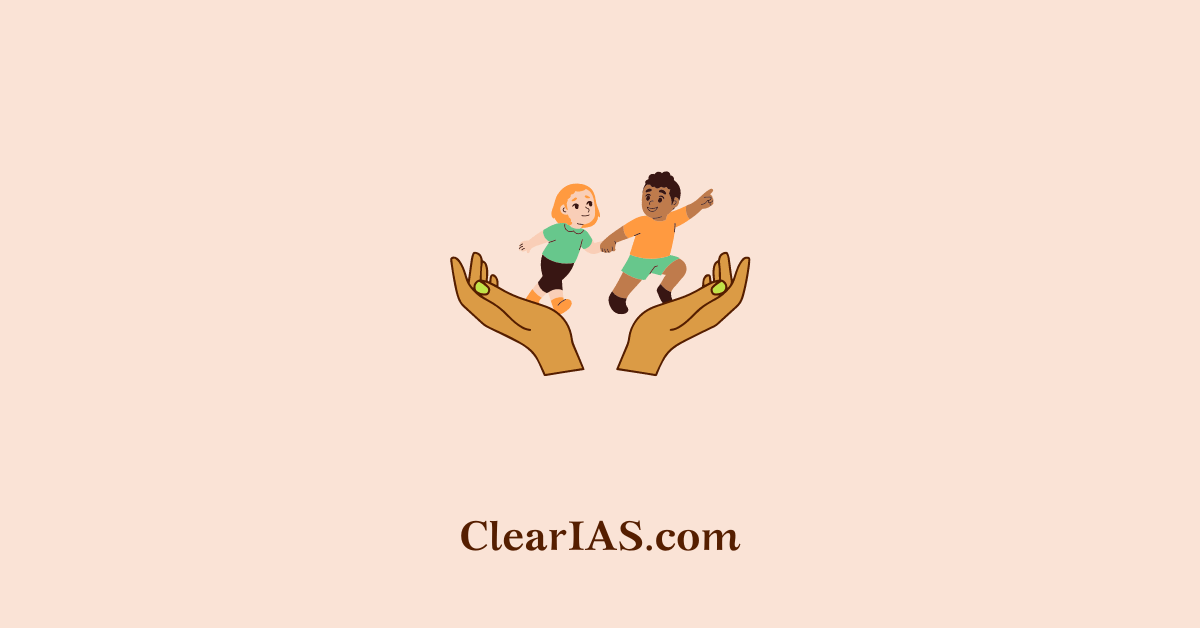 The Commission for Protection of Child Rights (CPCR) Act, 2005 extends to the whole of India except the State of Jammu and Kashmir.

Under the act, “child rights” includes the children’s rights adopted in the United Nations Convention on the Rights of the Child in November 1989 which was ratified by the Indian Government on 11 December 1992.

The commission’s role includes making sure that all laws, programs, policies, and administrative frameworks adhere to the principles of children’s rights as outlined in the Indian Constitution and the UN Convention on the Rights of the Child.

Any person between the ages of zero and eighteen is considered a child.

The act makes provisions for the establishment of state-level commissions to uphold children’s rights in addition to the NCPCR’s constitution.

All children in the country have access to their basic and inalienable rights, including the rights to survival, growth, protection, and participation, in conformity with the legal system, government regulations, and the UNCRC.

The commission consists of the following members:

Key Points related to the composition of NCPCR

The Chairperson and members are appointed by the Central Government.

Provided, the Chairperson of the Commission shall be appointed on the recommendation of a three-member Selection Committee constituted by the Central Government.

The Chairperson can be someone who has done outstanding work promoting children’s welfare.

Out of the 6 other members, at least two are women from the field related to the promotion of the welfare of children.

The 6 members must be appointed from amongst persons of eminence, ability, integrity, standing, and experience in:

Term of Office of NCPCR

The Chairperson and other members hold office for a period of 3 Years.

Provided, the Chairman and Members shall not hold office for more than 2 terms.

The Chairperson or Members can resign from his office at any time by addressing the written resignation to the Central Government.

Functions of the Commission

Examine and review the safeguards provided by or under any law and recommend measures for their effective implementation.

Report on the operation of those safeguards to the Central Government on an annual basis and at any other times, the Commission deems appropriate.

NCPCR promotes research in the field of child rights.

Educate the public about children’s rights and raise knowledge of the safeguards that can be used to defend these rights through publications, the media, and other available channels.

Promote, respect, and give children’s opinions significant attention in its work and in the work of other government departments and organizations working with children.

Encourage the inclusion of child rights in the school curriculum, teacher preparation programs, and training for other professionals who work with children.

NCPCR inquires into complaints or take suo moto notice of matters related to:

Power of the Commission

The Commission, while inquiring into any matter that falls under of CPCR Act, 2005 has all the powers of a civil court under the Code of Civil Procedure, 1908. The commission can exercise the following power:

The Commission is authorized to forward any case to a Magistrate having jurisdiction to try the same.

The services provided by the NCPCR include:

Commission’s operations will be successful only with the participation and involvement of society. Every organization, whether public or private, as well as all citizens, are invited under the Commission’s charter to: