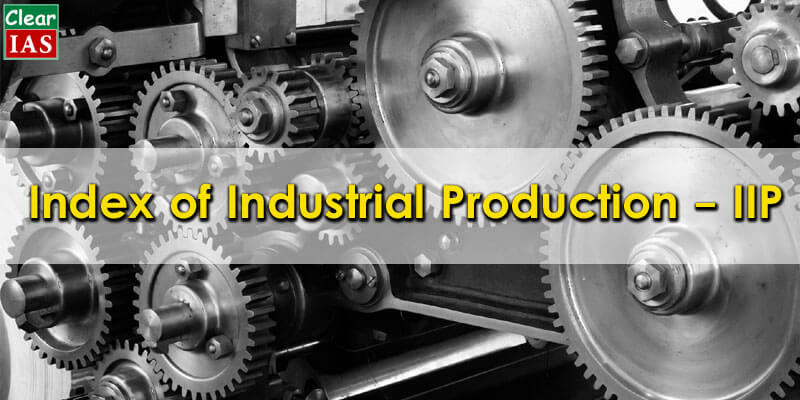 No country can be great without a robust manufacturing base. In India, Index of Industrial Production (IIP) is the index which measures the growth in the industrial sector. In this post, we explain the concept of IIP, the changes in the new IIP series (2011-12), limitations, and the future.

What is Index of Industrial Production (IIP)?

Note: We have covered the concepts of IIP and the old series (the base year 2004) in another article. If you need to refer the same, check – IIP: Made easy to understand.

Who releases the IIP?

Which are the sources for compiling the new IIP Series?

How does the new IIP differ from the old IIP? A Comparison:

The table below compares some major additions in the new IIP series and their possible impacts in brief.

Why was a revise needed in the IIP series?

What are the impacts after IIP revision?

What are the limitations of IIP?

What is the future?

We are moving through an era of disruptive technology, where the boundaries between service and manufacturing are becoming hazy with each moment. With the fourth industrial revolution approaching, there is a need to change the way of assessing parameters of production and its direction. The formation of Technical Review committee is a good step but merely changing the items won’t be enough in this fast changing world. The need is to redefine IIP where it covers not just production flow, but also its quality, impact and sustainability. It’s sometimes joked that only if we have a Richter scale to judge economic quakes. Well, IIP’s future lies in becoming that scale.