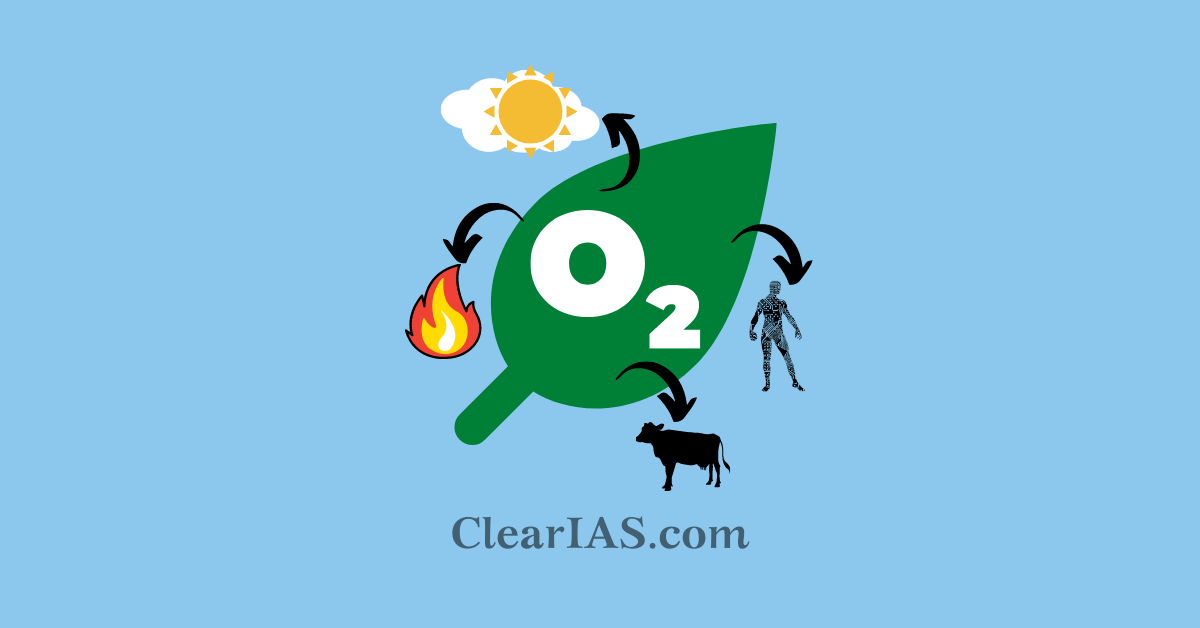 What is Oxygen Cycle? How is it vital for sustaining life on earth? Read to know more about the importance of the oxygen cycle.

Free in the air and dissolved in water, oxygen is second only to nitrogen in abundance among elements in the atmosphere.

The oxygen cycle helps move oxygen through the Atmosphere, the Biosphere, and the Lithosphere.

Plants and animals use oxygen to respire and return it to the air and water as carbon dioxide (CO2). This CO2 is then taken up by algae and terrestrial green plants and converted into carbohydrates through the process of photosynthesis of which oxygen is a by-product.

The water systems on earth are the main oxygen generators of the biosphere; their algae are estimated to replace about 90 percent of all oxygen used. Oxygen is involved to some degree in all the other biogeochemical cycles also.

The oxygen cycle is the biogeochemical cycle of oxygen atoms between different oxidation states in ions, oxides, and molecules through redox reactions within and between the reservoirs of the planet Earth.

The cycle incorporates biological, geological, and chemical aspects to circulate the oxygen molecule in the atmosphere.

Photolysis is the process by which oxygen is released in the atmosphere. In the process, high-energy sunlight breaks apart oxygen-bearing molecules to produce free oxygen.

The ozone cycle is an outcome of the photolysis process. An oxygen molecule (O2) is broken down to atomic oxygen by the ultraviolet radiation of sunlight. This free oxygen then recombines with existing O2 molecules to make O3 or ozone. This cycle is important because it helps to shield the Earth from the majority of harmful ultraviolet radiation by turning it into harmless heat before it reaches the Earth’s surface.

In the biosphere, the main processes in the oxygen cycle are respiration and photosynthesis. During respiration animals and humans breathe by consuming oxygen to be used in the metabolic process and exhale carbon dioxide. Photosynthesis is the reverse of this process and is done by plants and plankton.

In the lithosphere, oxygen is fixed and trapped in minerals such as silicates and oxides. This is the natural process of oxidation, when a pure element comes in contact with oxygen it gets oxidized.

A portion of the oxygen is freed by chemical weathering. When an oxygen-bearing mineral is exposed to the elements a chemical reaction occurs that wears it down and in the process produces free oxygen. 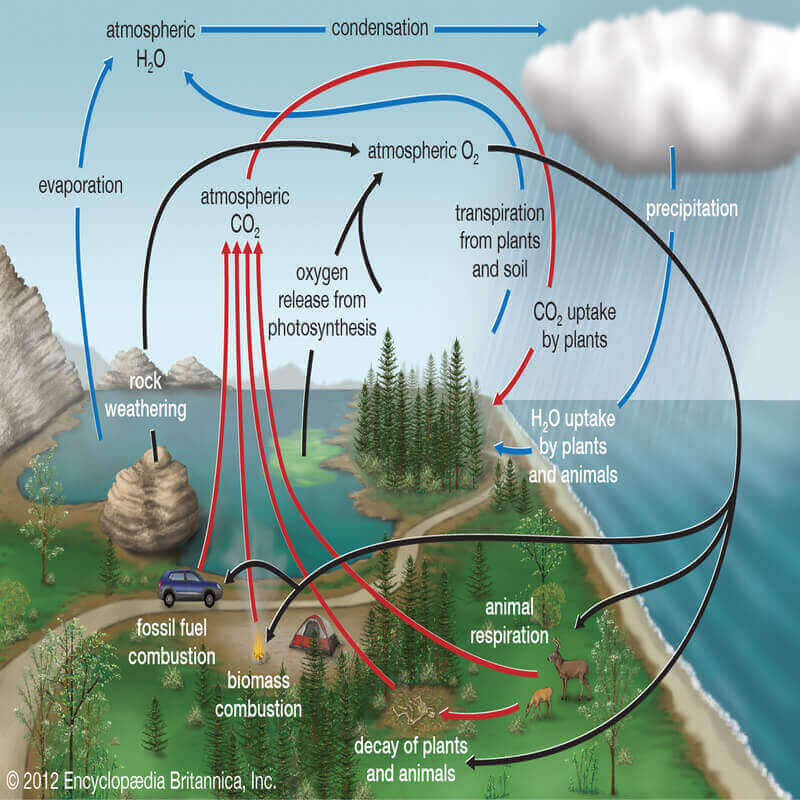 The processes that produce oxygen:

The processes that consume oxygen:

Human influence on the oxygen cycle:

The anthropogenic activities are affecting the oxygen cycle also along with other biogeochemical cycles.

Even after the excessive burning of fossil fuel and the reduction of the natural vegetation on both land and in the sea, the level of atmospheric oxygen seems to be relatively stable which may be because of the increase in plant productivity due to agricultural advances worldwide.