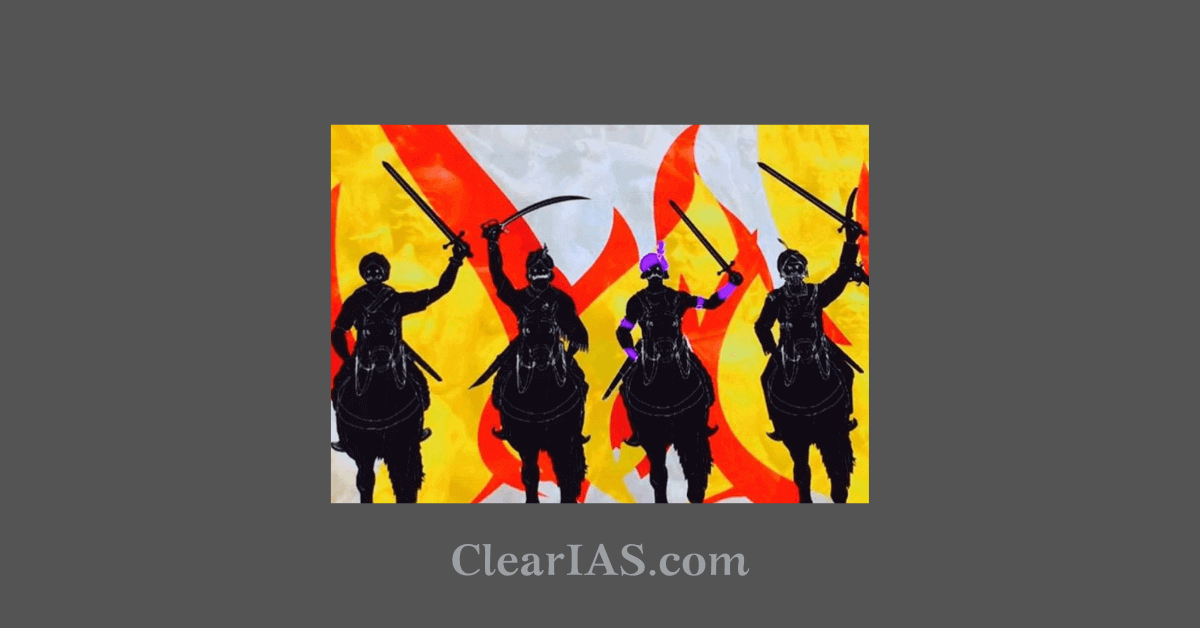 The Paika Rebellion is one of the earliest Indian armed movements to gain independence. Read to know the significance of the uprising.

The Centre had considered the proposal and examined the matter in consultation with the Indian Council of Historical Research (ICHR) under the Ministry of Human Resource Development, now renamed Ministry of Education.

The Union Culture Minister had informed the Rajya Sabha that as per recommendations from ICHR, the Paika Rebellion cannot be called the first War of Independence. However, considering that the rebellion which started in 1817 continued till 1825 and “is one of the beginnings of popular uprisings against the British in India”, the minister declared that it would now be included in the curriculum of Class VIII history textbook of NCERT.

The Paika Rebellion also called the Paika Bidroha was an armed rebellion against East India Company’s rule in India in 1817.

The Paikas rose in rebellion under their leader Bakshi Jagabandhu and, projecting Lord Jagannath as the symbol of Odia unity, the rebellion quickly spread across most of Odisha before being put down by the Company’s forces.

It is now declared to be the first Indian armed movement to gain independence, replacing the prevailing view of the first one being the Indian Rebellion of 1857.

The Paikas were the traditional militia of Odisha. They served as warriors and were charged with policing functions during peacetime. The Paikas were organized into three ranks distinguished by their occupation and the weapons they wielded-

The conquest of Odisha by the East India Company in 1803 dethroned the king of Khurda, and with this, the power and prestige of the Paikas began to decline.

What were the causes of the Paika rebellion?

The origins of the Paika Rebellion lay in several social, economic, and political causes.

In 1804 the Raja of Khurda planned a rebellion against the Company in alliance with the Paikas, but the plot was discovered and the Raja’s territory confiscated.

Leaders and course of rebellion:

The Paika Rebellion was led by Bakshi Jagabandhu, the former Bakshi or commander of the forces of the Raja of Khurda.

Raja Mukunda Deva, the last King of Khurda was another leader of the Paika rebels.

The rebellion had widespread support in Oriya society with feudal chiefs, zamindars, and the common people of Odisha participating in it.

The zamindars of Karipur, Mrichpur, Golra, Balarampur, Budnakera and Rupasa supported the Paikas. While the rebellion started from Banapur and Khurda, it quickly spread to other parts of Odisha like Puri, Pipili, Cuttack, and several remote villages, including Kanika, Kujang, and Pattamundai.

The Rajas of Kanika, Kujang, Nayagarh and Ghumusur aided Jagabandhu and Dalabehera Mirhaidar Alli of Jadupur was an important Muslim rebel.

The Paikas attacked British symbols of power, blazing police stations, administrative offices, and the treasury during their march towards Khurda.

British were initially taken aback and faced stiff resistance from the rebelling Paikas. However, the Paikas were eventually defeated by the British.

The Paikas retreated into the thick jungles of Odisha and carried out guerrilla warfare for several years. After successive defeats, the Paika leader, Bakshi Jagabandhu, surrendered to the British in 1825 and lived as a prisoner in Cuttack till his death in 1829.

The outcome of the rebellion:

The rebels were imprisoned for life or given death sentences by the British administration.  The British also appointed a commission to look into the rebellion.

There were several smaller uprisings post the Paika rebellion, but all these were suppressed by the English.

The revenue and taxation system did not change after the rebellion, hence the rebellion failed to have any effect in bringing change.

Yet, the Paika rebellion was a widespread rebellion challenging British supremacy and has even been called the first war for independence before the revolt of 1857.