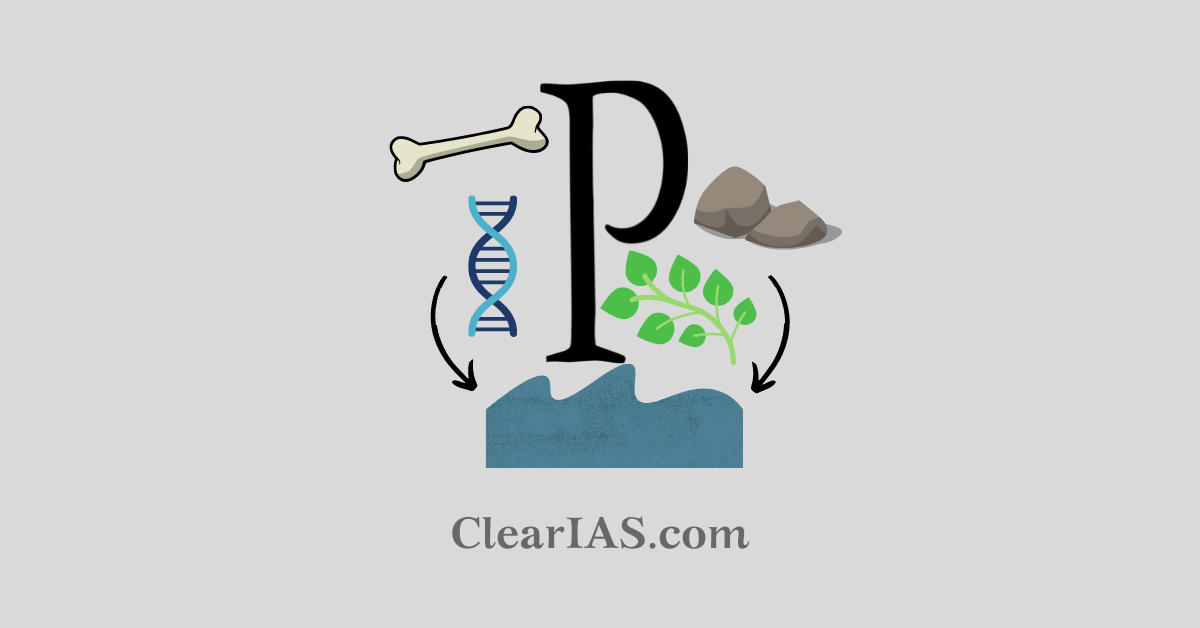 What is the Phosphorus cycle? What are the significant roles of phosphorus in the ecosystem? Read to know more.

Phosphorus is an essential nutrient found in the macromolecules of humans and other organisms, including DNA and the phospholipids that form our cell membranes. Calcium phosphate also makes up the supportive components of our bones.

Elemental phosphorus exists in two major forms, white phosphorus, and red phosphorus, but because it is highly reactive, phosphorus is never found as a free element on Earth.

The main storage for phosphorus is in the earth’s crust and is found as phosphates in the land.

Phosphate compounds in the soil are taken up by plants and, transferred to animals that eat those plants. When plants and animals excrete wastes or die, phosphates are taken up by detritivores or returned to the soil.

The phosphorus cycle is the sedimentary biogeochemical cycle that describes the movement of phosphorus through the lithosphere, hydrosphere, and biosphere.

Phosphorus is found in large amounts as a mineral in phosphate rocks and enters the cycle from weathering and erosion. The crustal plates rise from the seafloor to expose the phosphates after millions of years.

Phosphates move quickly through plants and animals, but the processes that move them through the soil or ocean are very slow, making the phosphorus cycle overall one of the slowest biogeochemical cycles.

The cycle can also be categorized into four simpler steps- 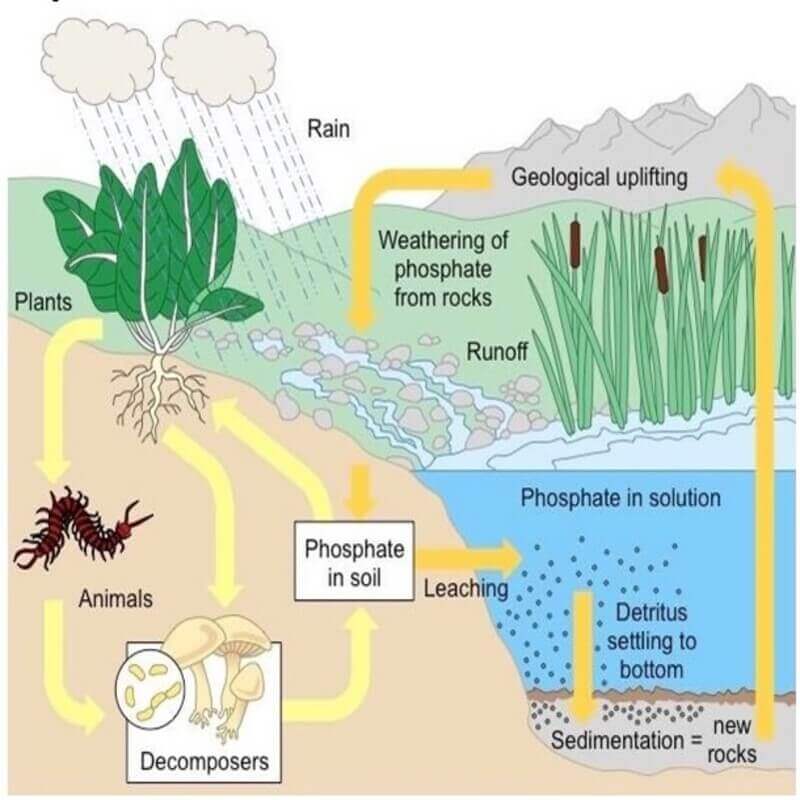 Anthropogenic impact on the cycle:

Human activities like the use of fertilizers, artificial eutrophication impact the phosphorus cycle greatly.