Islands in the South China Sea 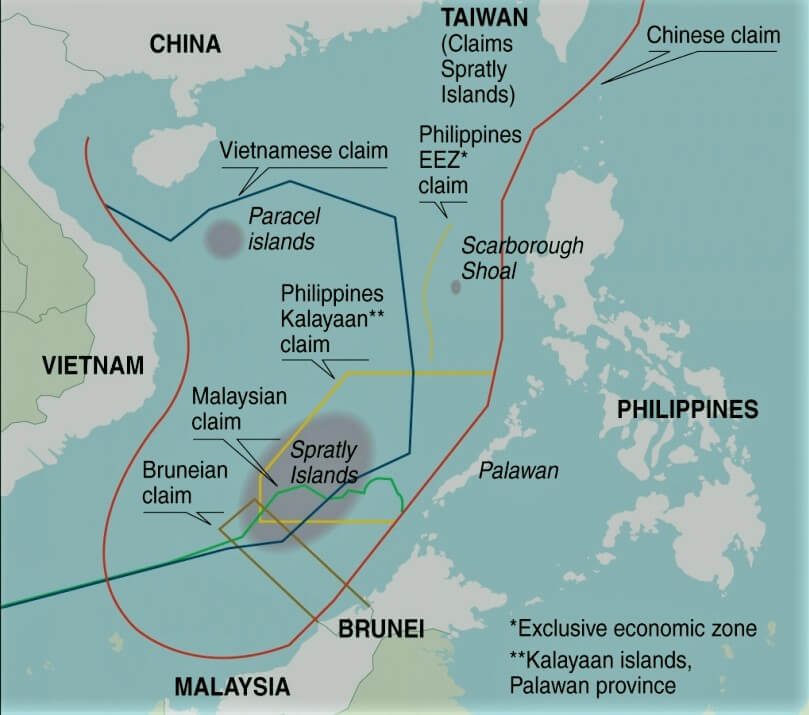 The islands of the South China Sea can be grouped into two island chains.

The South China Sea is an area of growing conflicts due to territorial claims by different countries. With respect to the Spratly Islands, different geographic features are reportedly occupied by claimants such as Taiwan, Vietnam, the Philippines, China, and Malaysia. The Paracels Islands are claimed by China, Vietnam, and Taiwan. 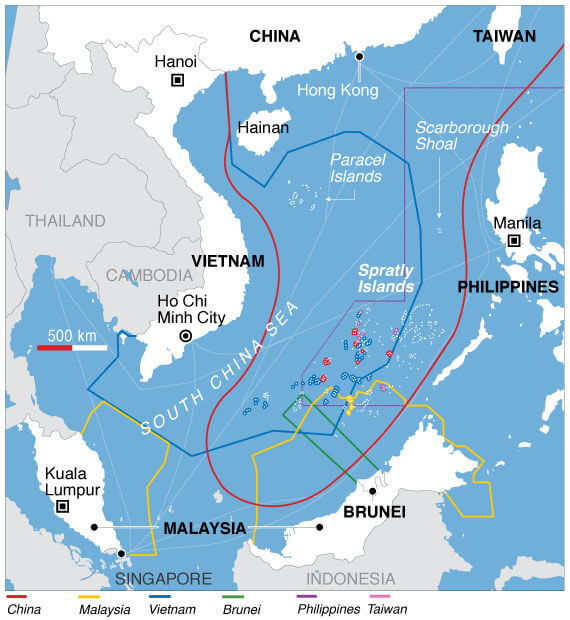 One of the fundamental principles of the Association of Southeast Asian Nations (ASEAN) has been to resolve regional disputes by peaceful means. But over the years, the position of ASEAN on the South China Sea disputes has weakened its image internationally and failing to resolve this issue would lead to questions being raised about its credibility as an effective regional organization.

The US and the South China Sea

India and the South China Sea 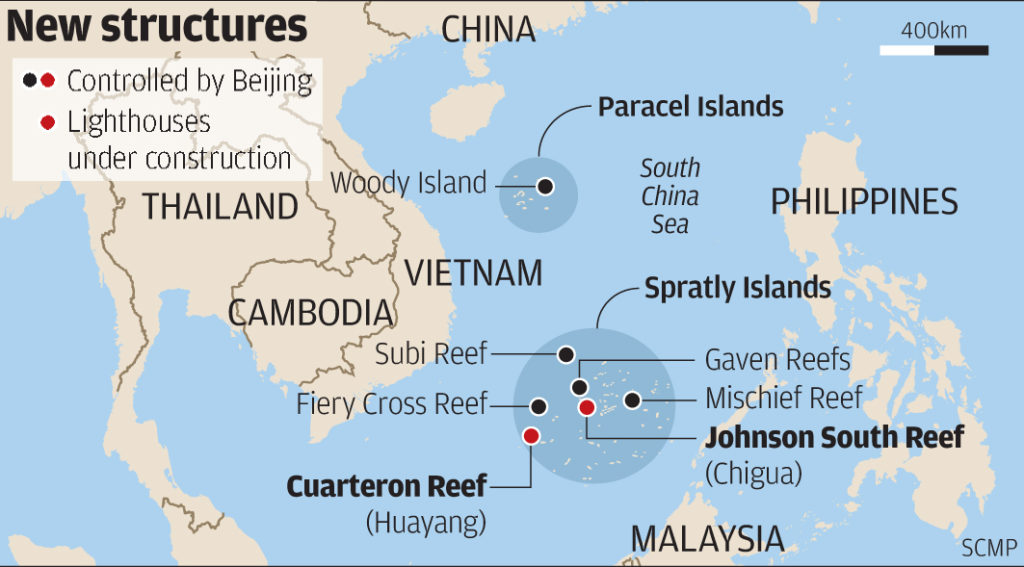 The South China Sea have been witnessing a lot of unfortunate conflicts in terms of economic interests, civilian security, and the environment in the recent past.  The illegal construction of artificial islands and nuclear power plants on these fragile islands in the region raises severe environmental threats to the South China Sea.

The South China Sea situation will only be settled when the bordering countries change their mindsets from one of sovereignty and sole ownership of resources to one of functional cooperation and cooperative management. India’s rising clout in the region due to enhanced economic cooperation would go a long way in resolving the disputes.