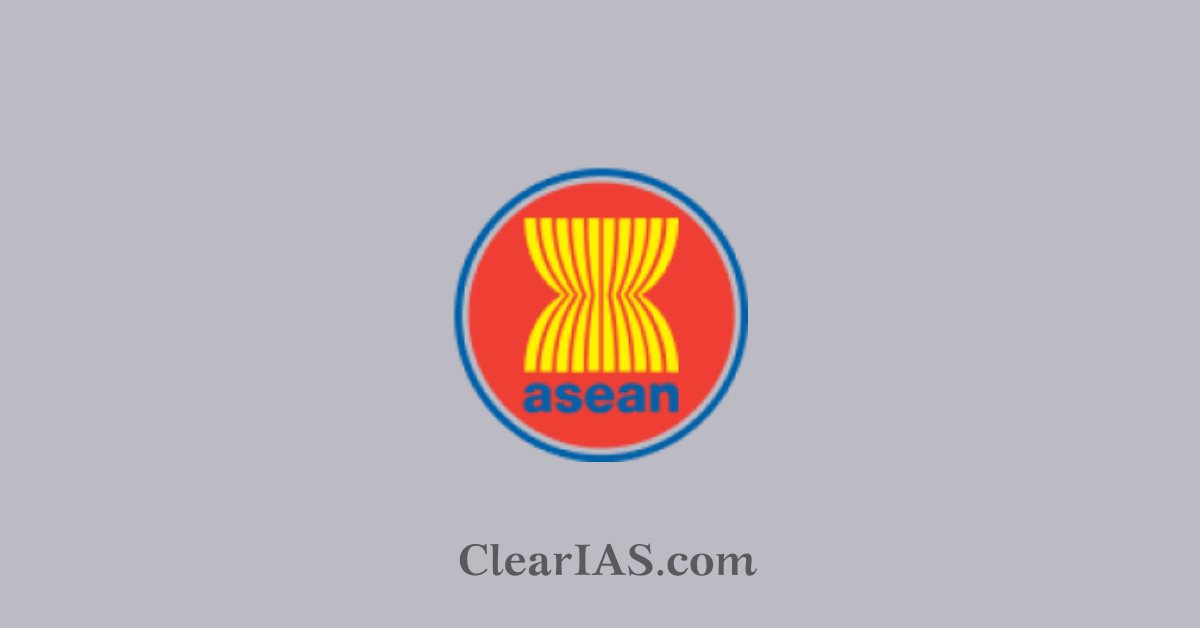 The Association of Southeast Asian Nations (ASEAN) is an important regional organization in the Asia-pacific region. Read here to know more about the organization.

The Association of Southeast Asian Nations (ASEAN), was established on 8 August 1967 in Bangkok, Thailand, with the signing of the ASEAN Declaration (Bangkok Declaration) by the Founding Fathers of ASEAN, namely Indonesia, Malaysia, Philippines, Singapore, and Thailand.

The motto of ASEAN is “One Vision, One Identity, One Community”.

On 8 August 1967, the Foreign Ministers of Indonesia, Malaysia, the Philippines, Singapore and signed a document to establish the Association of Southeast Asian Nations (ASEAN).

These aims and purposes were about:

It stipulated that the Association would be open for participation by all States in the Southeast Asian region subscribing to its aims, principles, and purposes.

Bangkok Declaration not only contains the rationale for the establishment of ASEAN and its specific objectives. It represents the organization’s modus operandi of building on small steps, voluntary, and informal arrangements toward more binding and institutionalized agreements.

Over the years, ASEAN has progressively entered into several formal and legally-binding instruments, such as:

The ASEAN Summit is the highest policy-making body in ASEAN comprising the Head of States or Government of ASEAN Member States.

The summit is to be hosted by the ASEAN Member State holding the ASEAN Chairmanship.

The First ASEAN Summit was held in Bali, Indonesia in February 1976.

Instabilities in the South-Asian region affect the economic and regional cooperation among the ASEAN nations.

The economic divide between the member nations is very pronounced in ASEAN.

The political systems are diverse with democracies, communists, and authoritarian states in the blend.

India is consciously working with ASEAN towards a vision of an open and inclusive Indo-Pacific in tandem with initiatives such as the Act East Policy (AEP), and Indo-Pacific Oceans Initiative (IPOI), to ensure Security and Growth for All in the Region (SAGAR).

To support cooperation activities between ASEAN and India, Govt of India has created three funds:

The ASEAN-India Trade in Goods Agreement (AITIGA) entered into force on 1 January 2010.

ASEAN India-Business Council (AIBC) was set up in 2003 to bring key private sector players from India and the ASEAN countries on a single platform.

The ASEAN-India Trade in Services Agreement was signed by all Parties on 13 November 2014 and entered into force on 1 July 2015.

The relations with ASEAN in important for India for forwarding its Act East Policy to ensure economic development in the northeast region.