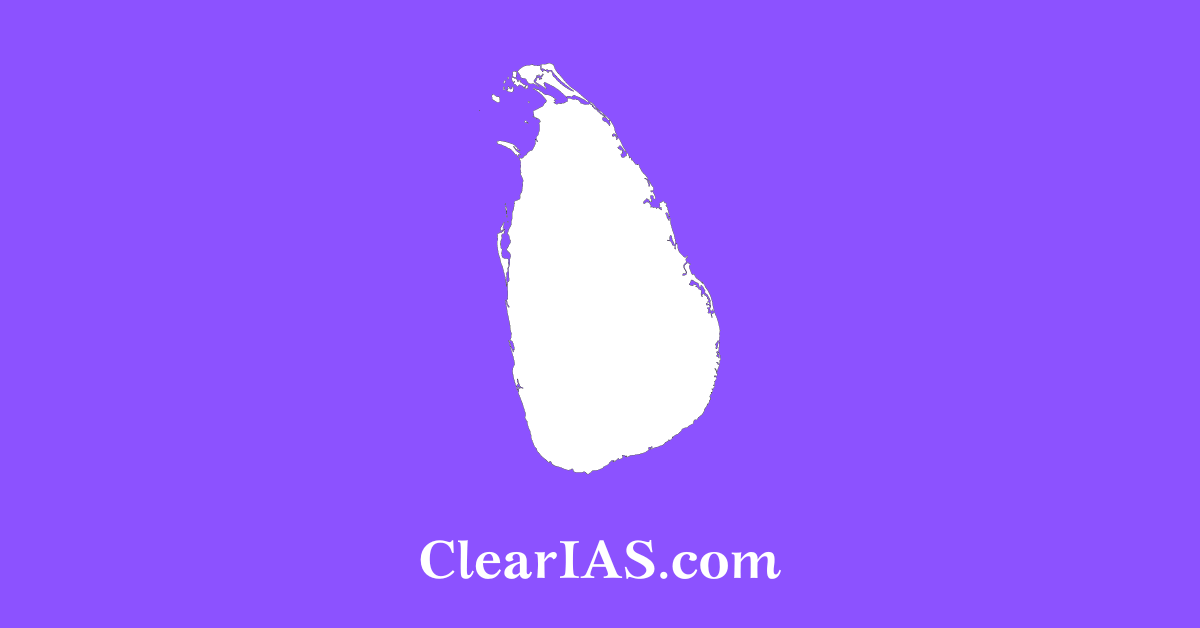 Do you know about the recent Sri Lankan economic crisis? What could be the possible reasons that have led to such a situation? Read further to know more.

What has been happening in Sri Lanka?

The protest has erupted in the capital city of Colombo. People took to the streets and stormed the president’s palace.

People have been struggling to get basic amenities. Power cuts lasting for more than 12 hours and scarcity of food fuel and medicine is quite common.

Inflation is running at more than 50%

What has caused the economic crisis?

Background:Sri Lanka’s 26-year-long civil war ended in 2009. Its post-war GDP growth was reasonably high at 8-9% per annum till 2012. However in 2013, when global commodity prices fell, exports slowed down and imports rose.

The global financial crisis of 2008 also drained the country of its forex reserves.

Fertilizer ban: In 2021, All fertilizer imports were completely banned and this has severely affected agricultural productivity.This overnight shift has impacted food production and finally led to the declaration of economic emergency

Measures for Sri Lanka: As soon as the country’s shortage of a few vital goods ends, which is anticipated to happen before the start of the Sinhala-Tamil New Year, the government should take steps to restore the economy of the nation (in mid-April).

The government should also work with the Tamil political elite to design a plan for the economic growth of the war-torn provinces in the north and east, which are among the hardest hit by the current crisis.

In order to reduce borrowing, especially sovereign borrowing from external sources, it would be desirable to increase domestic tax collection and reduce government spending.

To restructure the management of concessions and subsidies, tough steps should be applied.

India’s Assistance: It would be incredibly foolish for India to stand by and allow the Chinese to annex ever-larger portions of Sri Lanka. India must provide Sri Lanka with financial aid, political counsel, and investments from Indian businesspeople.

Businesses in India must create supply chains that link the economies of Sri Lanka and India for a variety of products and services, from the export of tea to information technology services.

More than any other country, India should guide Sri Lanka toward realising its potential and reaping the benefits of a secure, cordial neighbourhood.

Preventing Unlawful Refuge: With the reported arrival of 16 people from Sri Lanka by illegal means, the state of Tamil Nadu has already begun to experience the effects of the problem.

After the 1983 anti-Tamil pogrom, over three lakh refugees lived in Tamil Nadu.

The authorities in India and Sri Lanka should watch out that the current issue is not exploited to increase smuggling and trafficking or inflame feelings in either nation.

Crisis as an Opportunity: Tense relations between India and Sri Lanka are unaffordable. It is India’s responsibility to be extremely patient and to engage Sri Lanka significantly more frequently and intimately because it is a much larger country.

Additionally, we must intensify our efforts to advance the human condition while rigorously avoiding meddling in Colombo’s internal matters.

The crisis should be utilised as a chance for New Delhi and Colombo to negotiate a resolution to the long-running fisheries issue in Palk Bay.