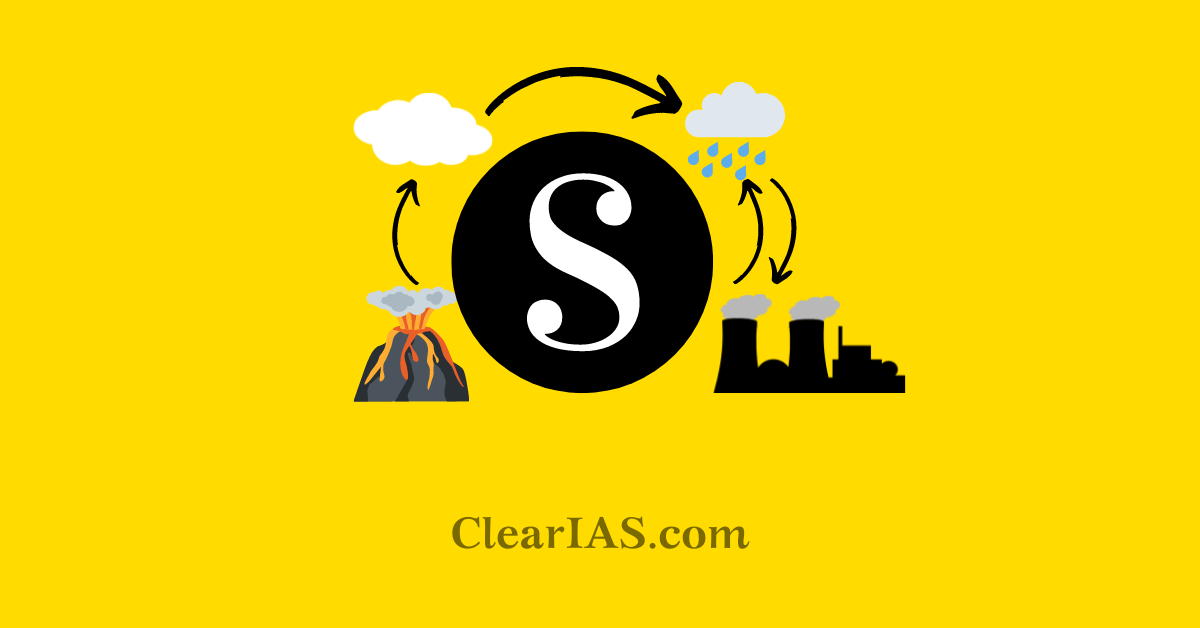 Sulphur (S), also spelled sulfur, is a nonmetallic chemical element and one of the most reactive of the elements. Pure sulfur is a tasteless, odorless, brittle solid, and pale yellow. It is a poor conductor of electricity and is insoluble in water. It reacts with all metals except gold and platinum, forming sulfides. It also forms compounds with several nonmetallic elements.

Where is sulphur found naturally?

Sulphur, usually sulfide, is present in many types of meteorites.  Sulphur is also present in all kinds of proteins. Plants directly absorb sulfur-containing amino acids such as methionine, cystine, and cysteine.

Sulphur is released into the atmosphere by the burning of fossil fuels, volcanic activities, and the decomposition of organic molecules. On land, sulfur is stored in underground rocks and minerals. It is released by precipitation, weathering of rocks, and geothermal vents.

The sulphur cycle is a biogeochemical cycle in which sulphur moves between rocks, waterways, and living systems. It is a sedimentary cycle but hydrogen sulfide (H2S) and sulphur dioxide (SO2) are the gaseous components of the sulphur cycle.

The soil and sediments act as the sulfur reservoir where they are captured in organic (coal, oil, Peat) and inorganic (pyrite, sulfur rock). They are stored in the form of sulfates, sulfides, and organic sulfur. 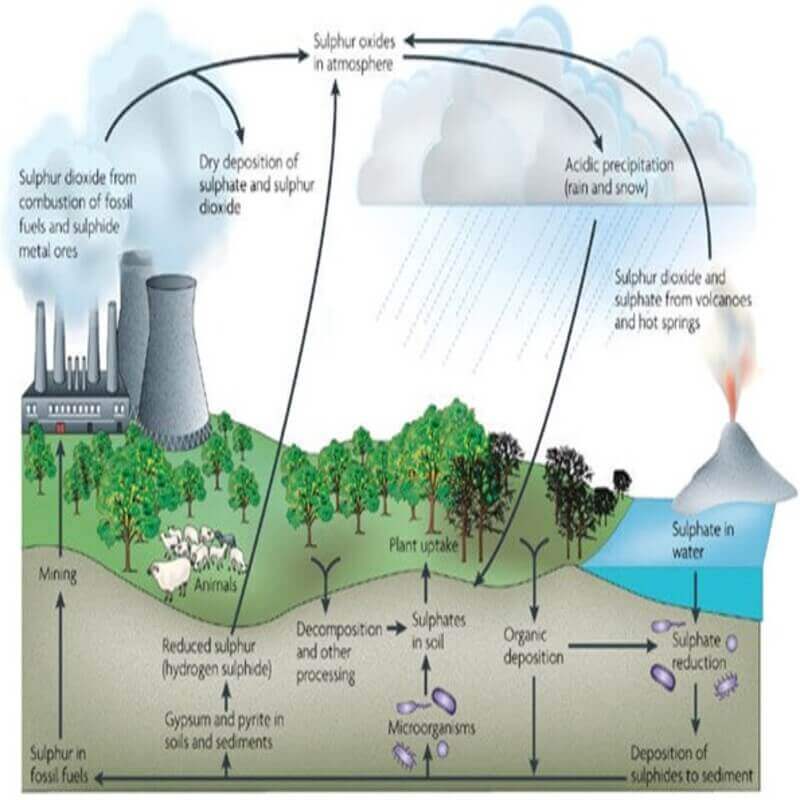 Human activities are having a major impact on the global sulphur cycle. The burning of coal, natural gas, and fossil fuels has greatly increased the amount of sulphur in the atmosphere and ocean. It has also depleted the sedimentary rock sink.

Without human factor, sulphur would stay stored in rocks for millions of years until it gets uplifted through tectonic events, which is then released through erosion and weathering processes. But now it is being drilled out and burned at an increasing rate unnaturally.

Over the most polluted areas of the world, there has been a 30-fold increase in sulfate deposition. The mining of coal and extracting of petroleum at such high rates that the global sulphur flux has become double in the last 100 years.

Acid rain is caused by emissions of sulphur dioxide and nitrogen dioxide, which react with the water molecules in the atmosphere to produce acids. Acid rain has adverse impacts on forests, freshwaters, and soils, killing microbes, insects, and aquatic life-forms. It damages infrastructure by causing the paint to peel, corrosion of steel structures such as bridges, and weathering of stone buildings and statues.

Acid rain has indirect impacts on human health also. The acid rain in rainwater is diluted and does not harm humans directly, but the particulates, sulphur, and nitrogen dioxide have adverse effects on human health.

ClearIAS has helped many to succeed.