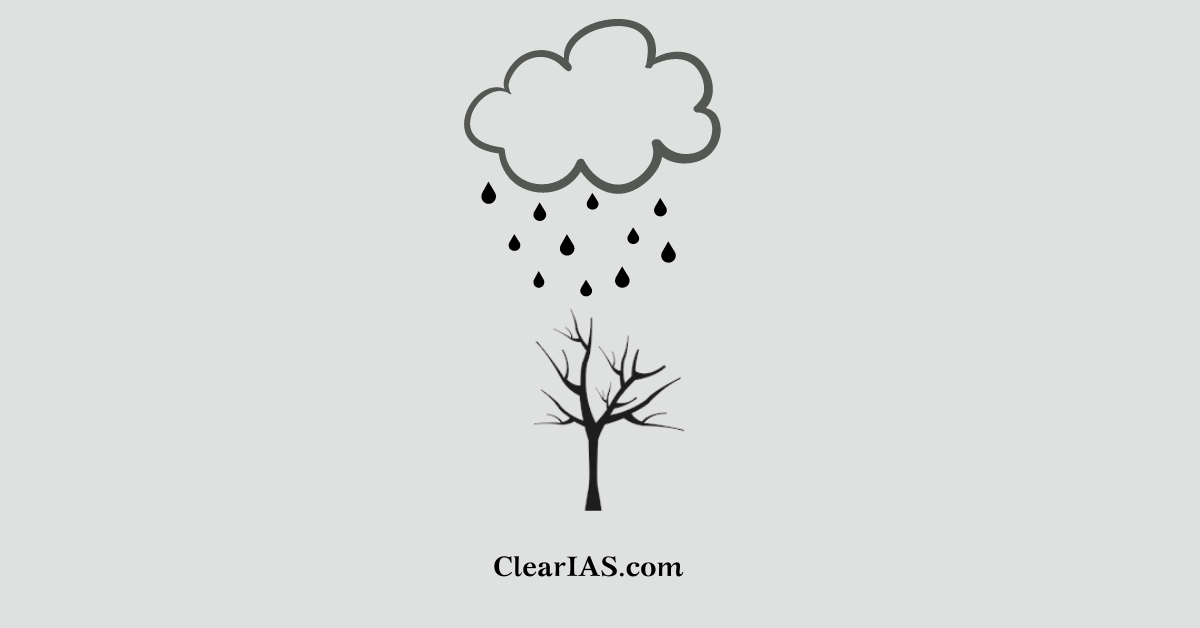 What is Acid Rain? How it is formed? What caused Taj Mahal’s discolouration? Read here to know the answers.

The term “acid rain” refers to the precipitation of acid in the form of rain. Acid Rain occurs when atmospheric pollutants such as oxides of nitrogen and sulphur, interact with rainwater and fall as a result.

Oxides of Sulphur and Nitrogen reaches the atmosphere from vehicular emissions, Industrial outlets…etc.

There are two methods for acidic deposition: wet and dry.

The type of precipitation that removes acids from the atmosphere and deposits them on the earth’s surface is referred to as wet deposition.

Dry deposition of harmful gases and particles binds to the ground through dust and smoke in the absence of precipitation.

According to the Royal Society of Chemistry, The word ”acid rain” was invented by Scottish chemist Robert Angus Smith in 1852.

Acid rain is caused by particles of sulphur and nitrogen that mix with rain.

The particles of sulphur and nitrogen that mix with water can be generated by two sources: either man-made emissions from industries or natural events like lightning strikes that release nitrogen oxides and sulphur oxide, into the atmosphere.

Six basic steps are involved in the formation of acid rain:

One of the seven wonders of the world, the Taj Mahal, is significantly impacted by acid rain.

Numerous industries in the city of Agra release sulphur and nitrogen oxides into the atmosphere. This issue is made worse by the continued use of firewood and poor-quality coal for domestic purposes.

The Statue of Liberty, which is constructed of copper and has also been harmed by the cumulative impact of acid rain and oxidation for over 30 years, is turning green as a result of the production of calcium sulphate.

Acid precipitation has negative impacts on both aquatic and terrestrial animals, as well as on structures like monuments and buildings.

The growth of any microbial species depends on pH.

The result is a delay in the decomposition of soil organic material as microbial species in the soil and water switch from being attached to bacteria to fungi.

Impacts on buildings, monuments and materials

How to control acid rain?

Minimizing the levels of sulphur dioxide and nitrous oxides

One great way to stop acid rain is to produce energy without using fossil fuels. As an alternative, people can use sustainable energy sources like wind and solar energy. Renewable energy sources contribute to a reduction in acid rain since they generate significantly fewer pollutants.