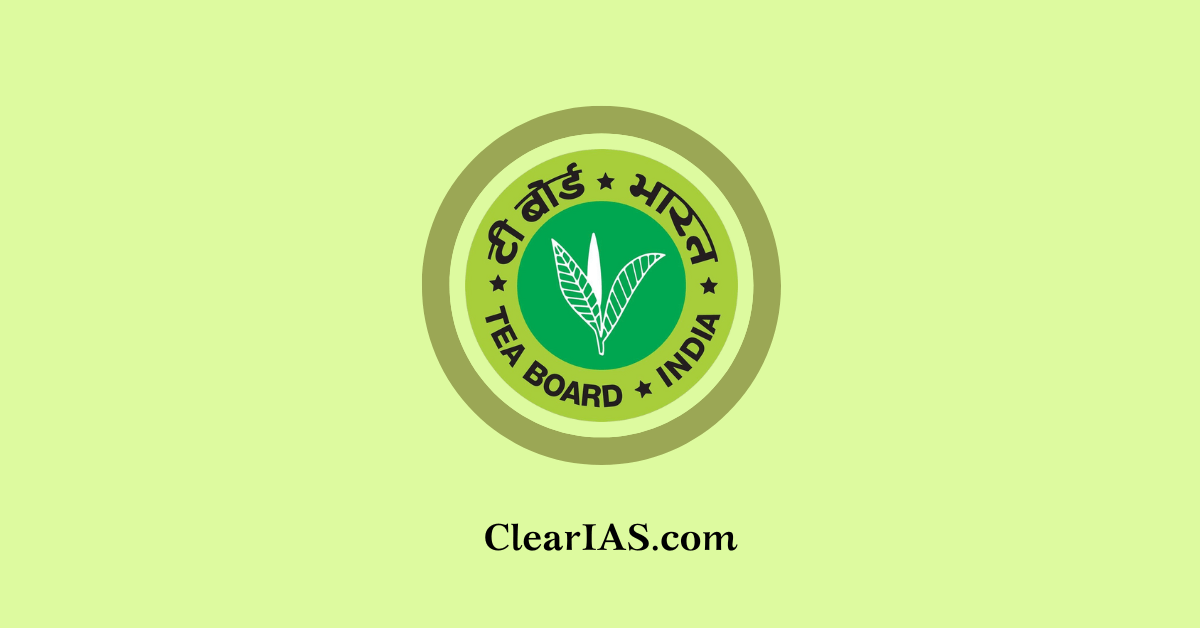 Tea Board India is functioning under the Ministry of Commerce and Industry, Union Government of India. Read on to know more about Tea Board India.

Tea Board was set up as a statutory body on 1st April 1954 as per Section (4) of the Tea Act, 1953. It acts as an apex body with the vision of, “To make India, the leading producer and supplier of quality tea in the global market”.

The genesis of tea board India dates back to 1903 when the Indian tea cess bill was passed. The bill provided for levying a cess on tea exports. The proceeds of which were to be used for the promotion of Indian tea both within and outside India.

It has succeeded the central tea board and the Indian Tea licensing committee which functioned respectively under The central Tea board act 1949 and The Indian tea control act,1938 which were repealed.

The activities of two previous bodies had been confined largely to the regulation of tea cultivation and export of tea as required by the international tea agreement then in force, and the promotion of tea consumption.

Composition of Tea Board India

The Board is constituted of 31 members including the chairman drawn from members of Parliament, tea producers, tea traders, tea brokers, consumers, and representatives of Governments from the principal tea-producing states and trade unions.

The board reconstituted every three years.

Standing Committees of The Board

The functional activities of the Board’s Head Office are located in Kolkata. And there are two Zonal offices-

The Secretariat headed by Secretary looks after administrative works and co-ordinates with the various departments of the Board’s office: 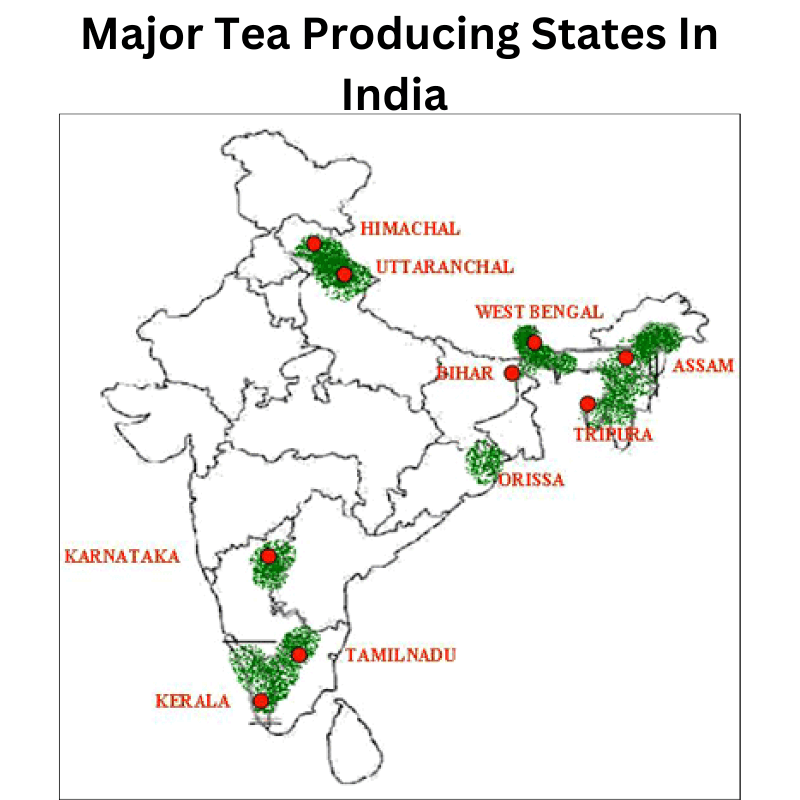 Functions of Tea Board India

The Tea Board has wide functions and responsibilities under the direction of the Central Government.  The primary functions of the Tea Board are :

a) Rendering financial and technical assistance for the cultivation, manufacture, and marketing of tea.

c) Aiding Research and Development activities for augmentation of tea production and improvement of tea quality.

d) Extend financial assistance in a limited way to the plantation workers and their wards through labour welfare schemes.

e) To encourage and assist both financially and technically the unorganized small grower’s sector.

f) Collection and maintenance of Statistical data and publication

g) Such other activities as are assigned from time to time by the Central Government.

The Tea Board of India has overseas offices in Moscow, Dubai, Hamburg, London, and New York.

The Moscow office of the Tea Board of India operates under the Embassy of India, and its area of activity includes Russia and the CIS countries, which comprise 50% of Indian tea exports.

Tea board India has a crucial role to develop effective management strategies in the tea industry and facilitating competence and innovation in tea plantations. It promotes innovative processing technology for producing good quality teas, augmentation of high-value tea export capacity and building human resources at all levels in the tea Industry. It also Strengthening R & D efforts in all aspects of the tea industry and technology.

Q. With reference to the “Tea Board” in India, consider the following statements:
1. The Tea Board is a statutory body.
2. It is a regulatory body attached to the Ministry of Agriculture and Farmers Welfare.
3. The Tea Board’s Head Office is situated in Bengaluru.
4. The Board has overseas office at Dubai and Moscow.
Which of the statements given above are correct?