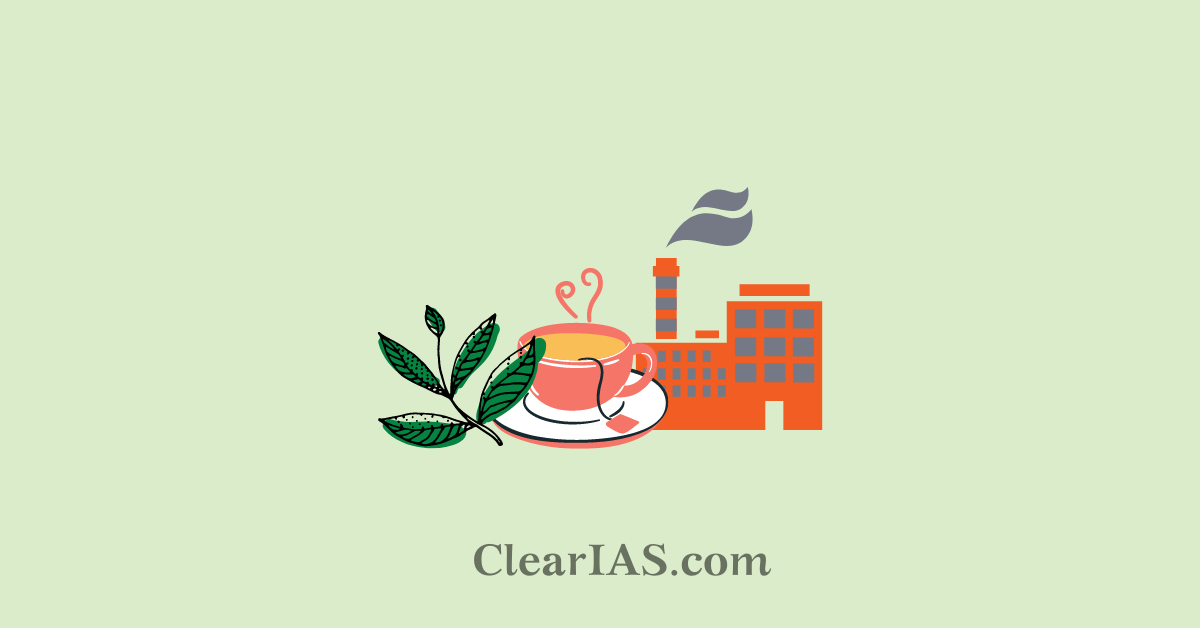 The Indian tea industry is one of the finest as India is the second-largest producer of tea globally. The global presence of India is tea very significant and with an interesting history attached to it. There have been some concerns in recent years of the declining production of tea as well. Read here to know more about the tea industry in India.

Due to strong geographical indications, significant investment in tea processing facilities, ongoing innovation, an expanded product mix, and strategic market growth, Indian tea is among the best in the world.

India is also among the world’s top tea-consuming countries, with 80% of the tea produced in the country consumed by the domestic population.

History of Tea in India

China was the world’s first producer of tea, and much of the equipment used to craft tea worldwide was adapted from ancient Chinese methods.

In the mid-1800s, the British stole Camellia sinensis saplings from China and brought them to India, planting the saplings first in the northern Indian town of Saharanpur, near Kumaon (where much of our single-origin tea flourishes).

East India Company established tea plantations in Assam as a result of British colonial India’s need to buy tea from China, which put a serious financial strain on the country’s finances.

India began exporting tea to the rest of the world as tea output rose. The economy of the country benefited from this.

India was one of the world’s top producers of tea by the 1850s. Local tea brands were made available to the general public as a beverage following independence.

After the Charter Act of 1833, the East India Company lost its trade monopoly with China. The Tea Committee was established in 1834, under William Bentinck, the then Governor-General of India.

An interesting fact about Tea gardens in Assam is that they do not follow Indian Standard Time (IST). The local time in Assam’s tea gardens, known as “Tea Garden Time” or Bagantime, is an hour ahead of the IST. The system was introduced during British days because of the early sunrise in this part of the country.

Assam and West Bengal generate the majority of the nation’s yearly tea production, which will account for 83% of the total in the northern region of India in 2021–22.

Darjeeling Tea also known as the “Champagne of teas,” worldwide because of its flowery scent was the 1st GI tag product.

The tea industry in India- Exports

India is among the top 5 tea exporters in the world making about 10% of the total exports.

Indian Assam, Darjeeling, and Nilgiri tea are considered one of the finest in the world.

India sends tea abroad to more than 25 different nations. Some of the top countries importing tea from India are China, Russia, Iran, the United Arab Emirates, the United States, and the United Kingdom.

Government initiatives for the development of the tea industry

To help the Indian exporters market teas of Indian origin in overseas markets on a sustained basis, the Tea Board of India started a scheme: Promotion for packaged Tea of Indian origin.

The Tea Board also provides subsidies to domestic exporters to participate in International Fairs and Exhibitions.

The aim is to provide a platform for exporters to showcase their products at international events for promotion and facilitate the generation of trade opportunities.

There are seven important components to this scheme:

Governing body- Tea Board of India

The Tea Board of India was set up in 1953 for the development of the tea industry in India. It started functioning in 1954.

The board is located in Kolkata and has 17 offices across India. Being the regulatory body, the Board exerts control over the producers, manufacturers, exporters, tea brokers, auction organizers, and warehouse keepers through various control orders notified under Tea Act.

The responsibilities of the board are increasing production and productivity, improving the quality of tea, market promotion, and welfare measures for plantation workers, and supporting Research and Development.

Challenges faced by the tea industry

Some issues prevent this sector from developing to its full potential. Over the previous ten years, production expenses have increased at a rate twice as fast as prices.

The Indian tea industry has many chances to develop further due to the sheer magnificence of the production capacity and because it employs so many people in the northeastern regions.

The main necessity for a highly labor-centric business like tea plantations is a fully sustainable and transparent model which balances the organic and modernization approach well.

Q. With reference to the “Tea Board” in India, consider the following statements: (2022)

Which of the statements given above is correct?