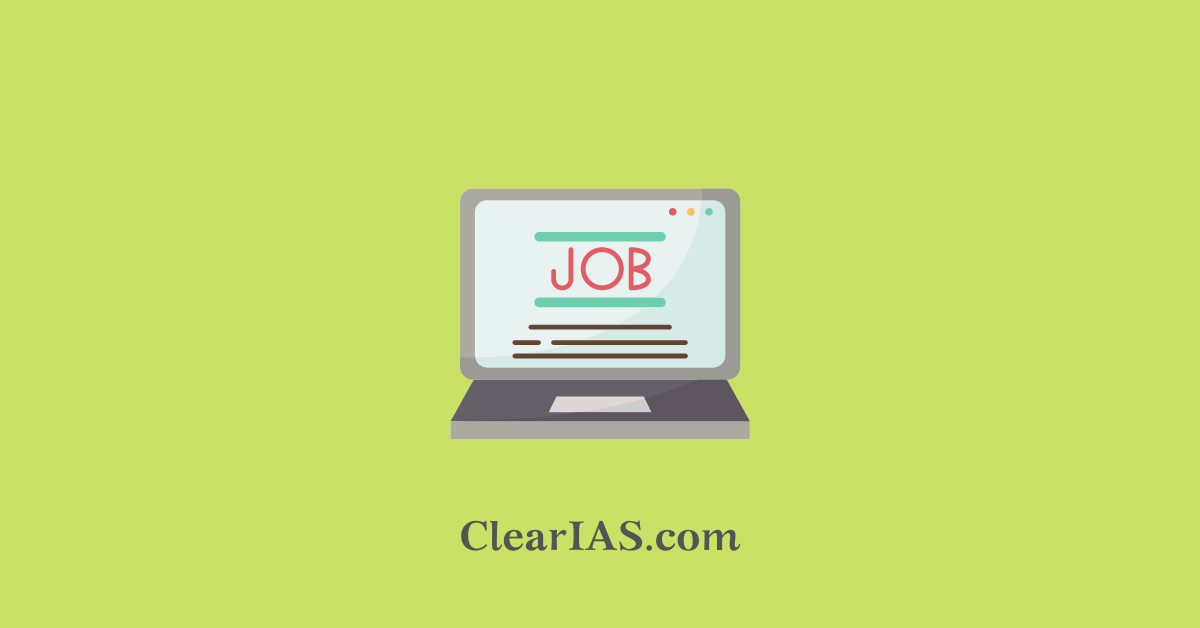 Unemployment means when someone actively searches for work but is unsuccessful. There are different types of unemployment that are explained in this article.

Unemployment is a major economic criterion for defining a nation’s economic health because it shows the capability (or incapability) of healthy, educated, and willing individuals to gain a livelihood.

This does not include people who are unable to work due to retirement, a disability, higher education pursuits, etc.

Unemployment can be caused by a number of reasons. A few important of them are-

Open unemployment occurs when a significant portion of the labour force is unable to find a position that may provide them with a stable source of income.

Reason: The labour force is growing Bigger than the pace of economic expansion. Therefore, not everyone finds employment.

In this case, more individuals are working than is truly necessary. Production is not harmed even if some are pulled. In other words, it refers to a situation in which there is an excess of labour and certain workers have zero marginal output.

Reason: The main causes of disguised unemployment in India may be related to overcrowding in agriculture brought on by the country’s fast population increase and a lack of alternative employment opportunities.

In India, it is mainly found in the agricultural and unorganised sectors.

This type of unemployment happens at different times of the year. Production activities only happen during certain seasons in several sectors and professions, such as agriculture, holiday destinations, ice manufacturers, etc.

As a result, they only offer jobs for a limited time each year. People who participate in such activities run the risk of not finding work during the off-season.

Unemployment is a major economic criterion for defining a nation’s economic health because it shows the capability (or incapability) of healthy, educated, and willing individuals to gain a livelihood.

People who work informally, without adequate job contracts or other legal protection, are said to be in vulnerable employment. Since no records of their employment are ever kept, these people are considered to be “unemployed.

It is one of the primary categories of unemployment in India.

This kind of unemployment develops as a result of substantial adjustments made to a nation’s economic structure. These adjustments may have an impact on a production factor’s demand or supply.

Structural employment is a natural byproduct of the tremendous global economic growth, technical innovation, and advancement that is occurring in every area.

For example: Unable to get a job due to a lack of required skills or poor education level or lack of advancement.

The figure for Cyclical unemployment in India is almost negligible.

It is the outcome of some technological advancement in production methods, which could not need a lot of labour. Because it is capital intensive, modern technology uses fewer workers and that leads to this type of unemployment.

In 2016, World Bank data said that year by year the proportion of jobs threatened by automation in India is 69%.

This sort of unemployment is brought on by the labour force’s inactivity, a lack of accurate and timely information, the seasonal nature of employment, etc. It is also called search unemployment.

It is sometimes considered voluntary unemployment because it is not caused because of any shortage of jobs, opposite to that, the workers themselves either quit or choose not to get jobs at a point in search of better opportunities.

For Example: the time lag between jobs when an individual is searching for a new job.

In addition to open unemployment, many educated people are underemployed since their qualifications do not fit the position. The main causes of unemployment among educated young people in India are the country’s flawed educational system, mass production, desire for white-collar work, a lack of employable skills, and a decline in regular salaried employment.

Open unemployment or underemployment may both apply to educated people.

People who are employed are in a circumstance where they are not contributing as much as they could. In such a scenario, people take up a position that needs less educational qualification. that means people are unable to untap their potential and settle for lesser work because of the lack of employment opportunities.

Chronic unemployment is defined as persistent unemployment over an extended period of time. The primary reasons for long-term unemployment are population expansion that is out of control and an inadequate degree of economic development as a result of poverty’s vicious circle.

Casual unemployment can happen when a person is not regularly or day to day basis employed because of short-term contracts, a lack of raw materials, a decline in demand, a change in ownership, etc.

It is important to address frictional and cyclical unemployment by creating more jobs. There are steps that can be implemented to encourage companies to hire more workers at a better wage to foster growth.

It is important to address frictional and cyclical unemployment by creating more jobs. There are steps that can be implemented to encourage companies to hire more workers at a better wage to foster growth.

More effort is needed to create structural employment, however, the long-term outcome is better.

The issue of unemployment runs extremely deep. Education and skill development are among the changes that are needed at this hour.