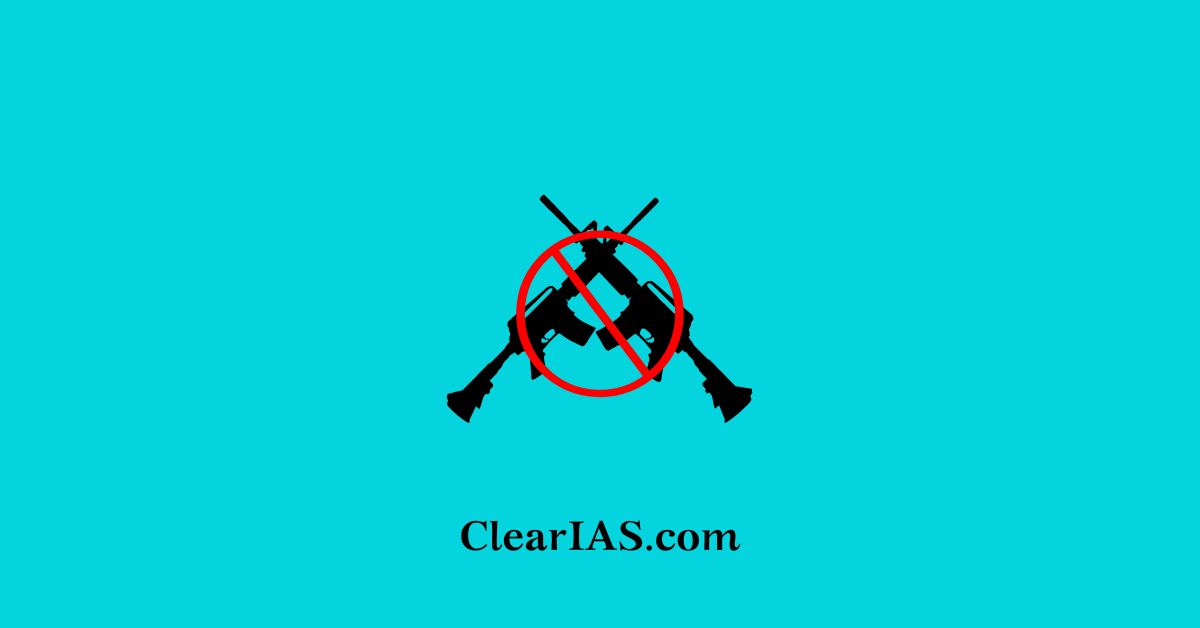 The Unlawful Activities (Prevention) Act’s (UAPA) goal is to give authorities the ability to deal with activities that threaten India’s integrity and sovereignty.

In order to protect India’s sovereignty and integrity, the Constitution (Sixteenth Amendment) Act, 1963 was passed, giving Parliament the authority to set reasonable restrictions on the-

Afterward, the Unlawful Activities (Prevention) Act (UAPA), 1967 was created to prevent organizations in India from engaging in unlawful activities.

This act is also referred to as the Anti-Terror Law.

However, in 2019 most recent amendment was made to the act (The Unlawful Activities (Prevention) Amendment Act, 2019)  which now empowers the Union Government to designate an individual as a terrorist after following the proper legal procedures.

Background of the UAPA Act

In the middle of the 1960s, the Union government was considering enacting strict legislation prohibiting demands for secession. A peasant rebellion in Naxalbari in March 1967 created a sense of urgency. To deal with it, the President issued the Unlawful Acts (Prevention) Ordinance in June 1966.

The Act allowed for the designation of an association or group of people as “unlawful” if they engaged in any activities that included actions, words, or statements that supported any claim to bring about “the cession of a part of the territory of India” or its “secession” or that questioned or denied the country’s sovereignty and territorial integrity.

Prior to the UAPA’s enactment, associations were being declared unlawful under the Criminal Law (Amendment) Act, 1952.  However, the Supreme Court ruled that the prohibitions clause was invalid since there was no judicial system in place to examine the legality of any restriction.

As a result, the UAPA incorporated provisions for a Tribunal that must confirm the notification declaring an outfit unlawful within six months.

In its current form, the Act, following amendments in 2004 and 2013, includes provisions to prevent the use of funds for terrorist purposes, including money laundering, the declaration of associations as unlawful, punishment for terrorist acts and activities, acts threatening the nation’s security, including its economic security.

Unlawful organizations were formerly prohibited for a period of two years, however, as of 2013, that timeline has been increased to five years.

Moreover, the 2004 amendments aimed to carry out a number of United Nations Security Council anti-terrorism resolutions.

The Act was further amended in 2019 to allow the government to designate an individual as a terrorist.

The act extends to the whole of India.

Anyone in our country who violates this Act’s provisions and is found to be responsible is subject to punishment under this Act.

Any person who commits an offense outside of India that is punishable by this Act would be treated in accordance with its provisions in the same way as if the offense had been committed within India.

The provisions of this Act apply also to-

Declaration of an Association as Unlawful

As per UAPA, if the Central Government believes that a certain association is or has become an unlawful association, it may proclaim the association to be unlawful by publishing a notice in the Official Gazette.

Each of these notifications must state the grounds for their issuance.

No such notification shall take effect until the Tribunal has approved the declaration contained therein except:

The Central Government may, for reasons to be stated in writing, declare an association to be unlawful with immediate effect if it believes that circumstances exist that make such a declaration necessary.

The Central Government may, by order, in the Official Gazette:

Who can be called to be involved in terrorism?

an organization called to be involved in terrorism if it-

Schedule 1 of the act states that in the opinion of the central government, if any association is unlawful, it may, by notification in the Official Gazette, declare such association to be unlawful.

Provision of Tribunal under UAPA

The Central Government has the authority to appoint a single-member tribunal known as the “Unlawful Activities (Prevention) Tribunal” if and when required.

The appointment is done by the Central Government, Provided that-

The person shall be a Judge of a High Court.

All the expenses related to the Tribunal shall be defrayed out of the Consolidated Fund of India.

In all matters arising out of the performance of its duties, the Tribunal shall have the authority to regulate its own procedure.

The Tribunal will have the same authority to conduct an investigation under this Act that a civil court would have under the Code of Civil Procedure, 1908.

Provisions Related to the Seizure of Cash

Provided that, the money seized by the investigating officer in accordance with this subsection must be released within forty-eight hours, unless the designated authority, hearing the case, issues a ruling extending the time limit for keeping the funds.