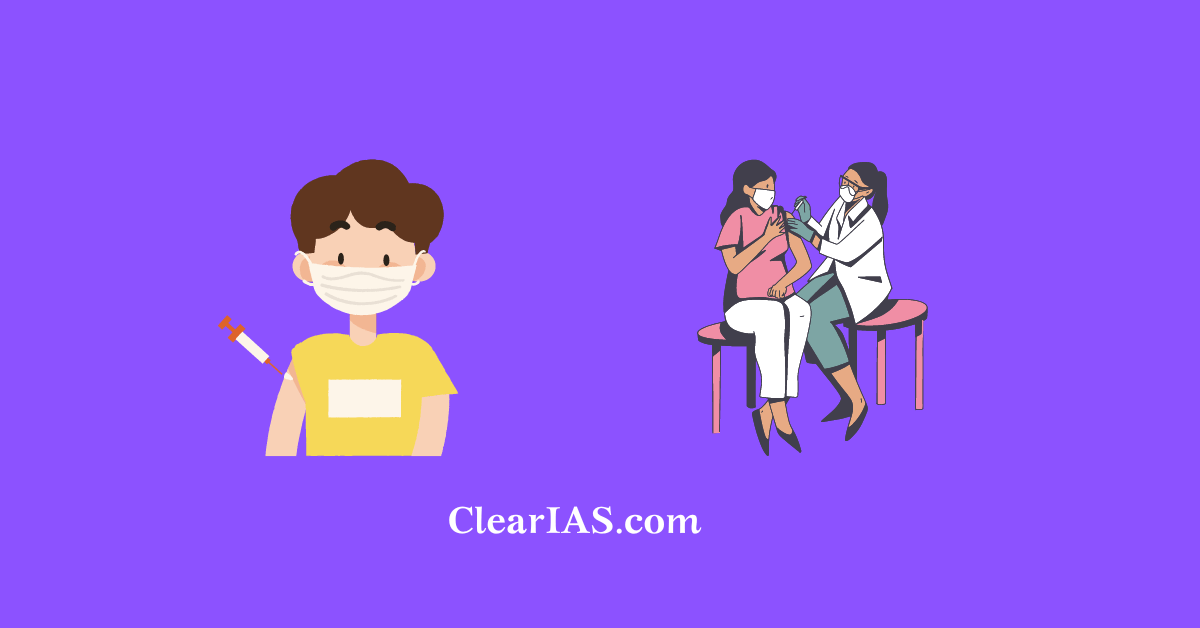 India’s immunisation program and readiness have come to the forefront of public discussion a while back. This article will look at the history, various schemes, and challenges of India’s immunization and vaccine program. Read more to find more.

If a child receives every required shot according to the national vaccination schedule within the first year of life, they are considered completely immunised.

Have you ever considered the campaigns that were launched to improve immunisation effectiveness?

Taking a look back

Although a number of conventional techniques were employed in the past, the first documented application of the scientific approach for immunisation in India dates back to 1802, when smallpox vaccinations were administered.

As its reach was extended outside of urban areas in 1985, the Expanded Programme on Immunization was rebranded as the Universal Immunisation Programme (UIP).

This program included measures to lower mortality and morbidity from six Vaccine-Preventable Diseases, improvements to local vaccine production capacity, the establishment of cold chains, monitoring and evaluation systems, and other initiatives.

It was first introduced in 1985, and in 1992 it was integrated into the Child Survival and Safe Motherhood Program.

It became a part of the National Reproductive and Child Health Programme in 1997.

The Universal Immunization Programme (UIP) has always been a crucial component of the National Rural Health Mission since its inception in 2005.

Under UIP, immunization is provided free of cost against 12 vaccine-preventable diseases:

The Government of India announced “Mission Indradhanush” in December 2014 in an effort to speed up the full immunisation coverage for all children and expectant women and to enhance and reenergize the program.

Assuring that all infants under the age of two and pregnant women receive the full complement of immunisations is Mission Indradhanush’s ultimate objective.

The biggest concentration of children who are only partially or never immunized has been found in 201 high-priority districts spread throughout 28 states in the nation, according to the government.

Prior to the first two phases of Mission Indradhanush, the rise in full immunisation coverage was 1% per year, but it has now climbed to 6.7% each year.

Up till August 2017, four phases of Mission Indradhanush were carried out, and more than 2.53 billion children and 68 lakh expectant mothers received vaccinations.

The Government of India hopes to target every kid under the age of two with this initiative as well as all pregnant women who were not vaccinated as part of the UIP (routine immunization program).

The proportion of children who are “completely vaccinated” has reached 76% according to the most recent National Health Family Survey (NHFS) data, which shows that childhood vaccination rates have steadily increased over the last 20 years.

Utilizing technology such as the Electronic Vaccine Intelligence Network (eVIN) system, which digitises all aspects of vaccine stock management, logistics, and temperature monitoring at all levels of vaccine storage, from the national to the sub-district.

What is PCV, or the Pneumococcal Conjugate Vaccine?

The term “conjugate” refers to the mixture of multiple pneumococci bacteria, which are known to cause pneumonia. The most typical type of pneumonia is thought to be that brought on by the pneumococcus bacterium.

The most common causes of infant mortality in India have historically been pneumonia and diarrhoea; according to rough estimates, pneumonia causes 20% of under-5 child deaths in India, with pneumococcal origins accounting for half of these deaths.

What is the importance of using Pneumococcal Conjugate Vaccines in India?
​
1. These vaccines are effective against pneumonia as well as meningitis and sepsis.​

2. Dependence on antibiotics that are not effective against drug-resistant bacteria can be reduced.​

3. These vaccines have no side effects and cause no allergic reactions.​

Select the correct answer using the code given below