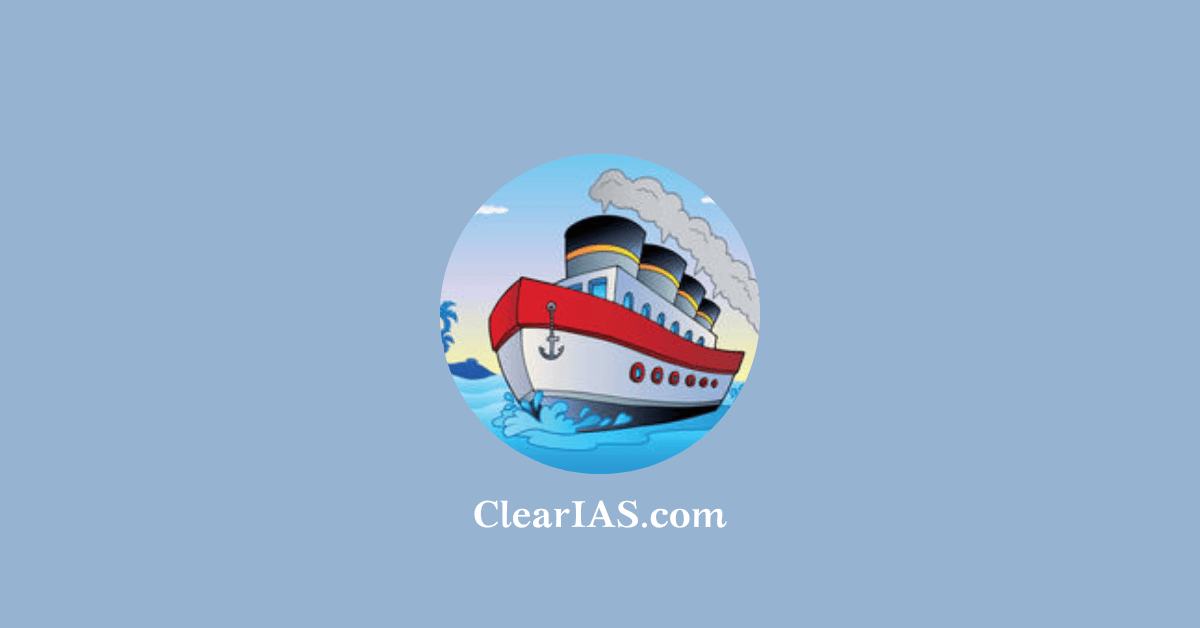 Recently a bill was introduced in the Lok Sabha to provide consistency in the implementation of the law governing inland waterways and national navigation. Which are the major national waterways of India?  What are their benefits over other types of transportation? Read the article to know more about the waterways of India.

Transportation is critical to our country’s development, has a significant impact on a developing country, and is a significant source of employment. With its vast land area and diverse topography, India boasts of its ability to support numerous modes of transportation.

What are the steps to boost the effectiveness of waterways?

Waterways are the most cost-effective mode of transportation for carrying big and heavy cargo as well as passenger services. It is not only fuel-efficient but also incredibly eco-friendly.

There are two kinds of water transportation:

Let us explore more on them.

India has about 14500 kilometres of navigable waterways, although they only contribute to around 1% of the country’s transportation. Canal backwaters, rivers, and creeks, among many other sorts of water bodies, are included.

Although 3700 km of major rivers are navigable by mechanised flat bottom vessels, only 2000 km are currently utilised. Mechanised vessels utilise only 900 km of the canal’s 4800 km navigable length. These canals move around 180 lakh tonnes of goods.

The inland waterways authority has identified ten additional inland waterways. Kerala’s backwaters have a special significance as a mode of transportation as well as a popular tourist attraction. The Nehru Trophy Boat Race is also held here.

India’s coastline is over 7,517 kilometres long, making huge vessels easier to convey. The country has 12 main and 185 small ports that provide vessels with the necessary infrastructure.

The Oceanic routes also support 95% of India’s foreign trade by volume and more than 70% by value, which goes from India to other countries. They also provide access to the islands.

The National Waterways Act aids in the management of the country’s waterways. It became effective in the year 2016. In addition to the pre-existing one, the act suggested 106 national waterways and consolidated 5 existing statutes that had designated the 5 national waterways. The Act establishes an Authority for the management and development of inland waterways for the purposes of shipping and navigation, as well as things relating to it. The Inland Waterways Authority of India was established in 1986. Through a grant from the Ministry of Shipping, it implements initiatives for developing and maintaining IWT infrastructure on national waterways.

It is concerned with the survey and registration of inland vessels, the elimination of barriers in navigation, the carriage of goods and passengers, the prevention and management of pollution, and so on.

The policy states that IWT is a cost-effective, fuel-efficient, and environmentally benign means of transportation. It encourages large-scale private sector participation in infrastructure development and fleet operations.

It aims at capacity augmentation of navigation on National Waterway-1 (NW-1), along the river Ganga. It is being implemented at a cost of Rs 5369.18 crore with the technical assistance and investment support of the World Bank. The Project is expected to be completed by March 2023.

The National Waterways Act of 2016

The bill proposes to replace the Inland Vessels Act of 1917. It establishes a national regulatory framework for inland vessel transportation. It aims to increase openness and accountability in inland water transportation administration, as well as to tighten procedures governing inland vessels’ construction, survey, registration, manning, and navigation.

In addition to developing coast trade routes, the Sagarmala project aims to expand inland waterways to drive industrial development. It intends to save logistical costs by tripling the number of domestic waterways in the modal mix from the existing 6%. (PIB)

Through navigation, the initiative is projected to provide potential benefits to the transportation sector.

Measures should be taken to develop basic infrastructure, address technological bottlenecks and maintenance of rivers to ensure year-round navigability

Measures should be taken to ensure the availability of seamless, multimodal last-mile connectivity to and from the hinterland to reduce trans-shipment costs and make inland water transport economically more viable.