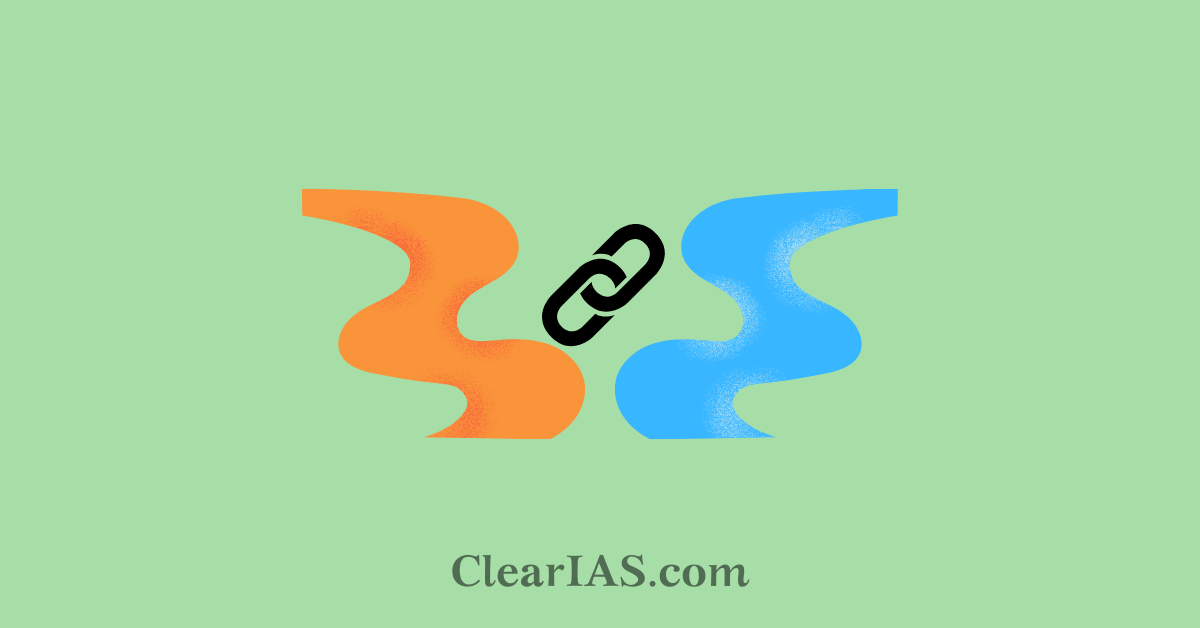 The National River Linking Project (NRLP) is a large-scale engineering feat to effectively manage water resources. Read here to know more about it.

The tribal community has intensified their protest against the Par-Tapi-Narmada River linking project under NRLP after it was mentioned in the budget speech 2022-23 of the finance minister.

The budget speech included five river linking projects to be taken up after consensus among states:

History of interlinking of rivers in India

In 1919, Arthur Cotton, the British chief engineer proposed a plan to interlink major rivers in India to fasten the transport of goods and to address the water shortage issues.

Post-independence, in 1970, Dr. K.L. Rao the former irrigation minister and dam designer proposed the ‘National Water Grid” for mitigating the severe water shortages in the South and regular flooding in the North.

In 1980, India’s Ministry of Water Resources came out with a report entitled “National Perspectives for Water Resources Development”. This report split the water development project into two parts – the Himalayan and Peninsular components.

In 2014, the Ken-Betwa River Linking Project got cabinet approval.

In 2021, about four decades after conceptualization, India’s first river interlinking project, connecting Ken River in Madhya Pradesh with Betwa in Uttar Pradesh, finally got off the drawing board. 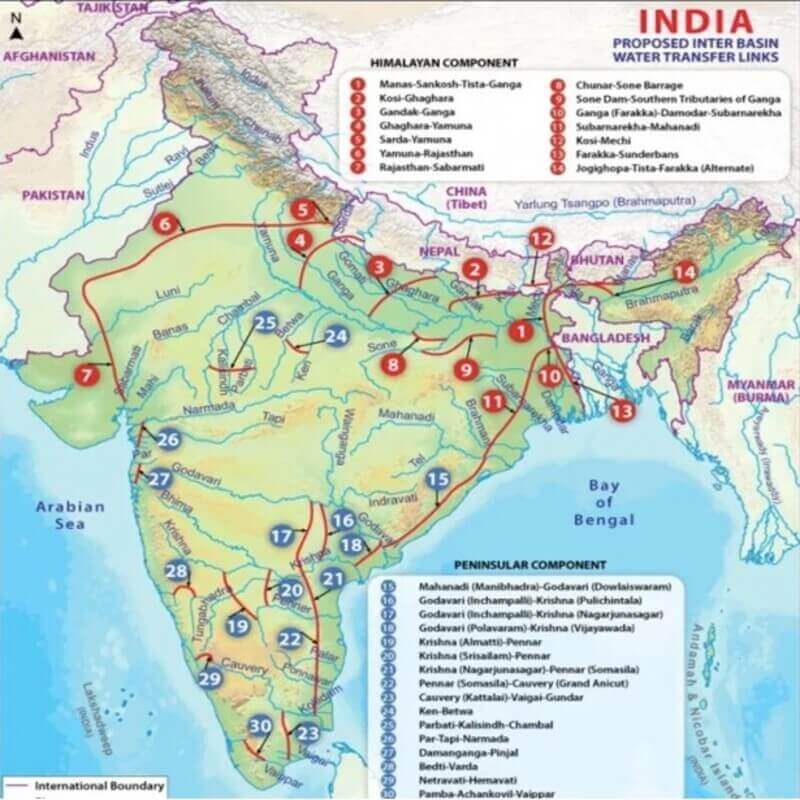 The two components of the project are:

Himalayan Component has 14 projects in the pipeline:

This project was sanctioned in 2010 under the agreement signed between the Central government, Gujarat, and Maharashtra.

The project proposes to transfer water from the water surplus regions of Western Ghats to the water deficit regions of Saurashtra and Kutch (Gujarat).

The water from the proposed reservoirs would be taken through a 395 km long canal to take over a part of the command of the ongoing Sardar Sarovar Project (on Narmada) while irrigating small areas in the route.

This would save Sardar Sarovar water which will be used to extend irrigation in Saurashtra and Kutch region.

Many parts of the country face water shortages and droughts while other parts face flooding year after year.

The Indo Gangetic rivers and perennial while the peninsular rivers and seasonal. The excess water from the plains can be diverted to the peninsula to solve the water issues.

Hydropower generation: The building of dams and reservoirs can generate about 34000 MW of electricity from this project.

Weather flow augmentation: In dry weather, surplus water stored in reservoirs can be released to rivers to maintain minimum water flow in rivers.

Agriculture: The Farming sector in India is very much monsoon-dependent, hence the project aims to solve the lack of irrigation facilities in water deficit regions.

Environmental impact: The project will alter many ecosystems as the wildlife and nature will be displaced and destroyed. The ecosystem of one river is different from the other in terms of physical and chemical parameters- the mixing of them may harm aquatic life.

Feasibility: The project implementation cost is about 5.6 lakh crores along with the construction of dams, reservoirs, and canals- which requires huge engineering capability and manpower.

Societal impact: Many residential areas will be involved leading to the displacement of people. The rehabilitation and compensation will be an additional burden.

Inter-state water disputes: There are many states involved in river water sharing disputes and are opposing the project.

Floods: In India, the monsoons can be unpredictable, and many dams have failed during heavy rainfalls causing disasters. Hence there are still apprehensions associated with the project.

Neighbouring countries: Bangladesh is one neighbour which will be affected by the Brahmaputra river projects, hence they have been opposing it as a lower riparian region. India already has Teesta river water issue with them.

There is a need for impact-based assessments and studies associated with this project. The enormity of the effect it will have on the environment is not fully understood yet.

More attention should be given to ways for conservation of water and equitable distribution. The groundwater enhancement should be taken up more seriously.

A large number of small-scale si=olutions like better irrigation practices and watershed management should be given more attention.

The National Waterways project has the potential to help states resolve the water disputes as only excess flood water that goes into seeing unexploited will be used.