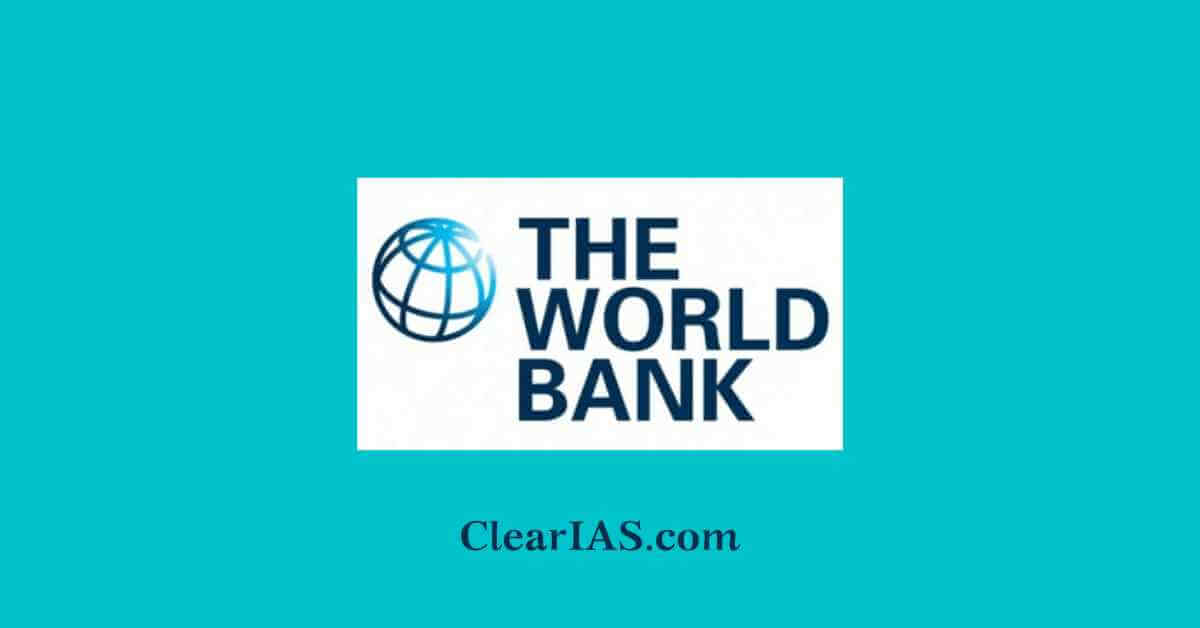 Under the terms of the Bretton Woods Agreement, also known as the United Nations Monetary and Financial Conference, the World Bank and International Monetary Fund (IMF) were established simultaneously.

In December 1945, both organizations were formally established. The World Bank and International Monetary Fund are also known as the Bretton Wood Twins. The only requirement for a country to join the World Bank is that it must be an IMF member (there are exceptions).

The World Bank, which has its headquarters in Washington, DC, has 189 members in total.

The World Bank’s two institutions comprise IBRD and IDA whereas the World Bank Group consists of five organizations in total, all of which share a commitment to eradicating poverty, increasing shared prosperity, and promoting sustainable development. These 5 institutions are:

The International Bank for Reconstruction and Development (IBRD)

IBRD was founded as one of the Bretton Woods Institutions in 1944 to aid in the post-World War II reconstruction of Europe. While Europe’s economy quickly recovered and got back on track, IBRD changed its focus to other areas. The IBRD is now concentrating on middle-income and developing nations. Focusing on middle-income poorer nations was primarily done to encourage sustainable and equitable growth, reduce poverty, and deal with regional and international concerns.

IBRD offers middle-income and creditworthy poor countries loans and advice. The primary source of funding for IBRD is the world financial and capital markets. IBRD has had a AAA rating since 1959, which enables it to borrow money at an attractive rate on the capital market.

The International Bank for Reconstruction and Development (IBRD) lends money to middle- and low-income nations that have a good credit rating. There are 189 members who are a part of this World Bank branch.

IDA was created to provide aid to the world’s poorest countries. It was founded in 1960 and is a complement to the IBRD, the World Bank’s original lending section. The primary objective of IDA is to eradicate poverty through the provision of grants for programs and credits, which are interest-free loans. This IDA mechanism increases economic growth, lowers inequality, and enhances people’s quality of life.

The International Centre for Settlement of Investment Dispute (ICSID)

Objectives of the World Bank

After World War II, the World Bank was established. So, the World Bank’s primary goal was to rebuild countries that had been damaged by conflict (Target Achieved).

To encourage the development of developing countries and to improve the level of living there.

They are encouraging investment in emerging nations. Along with offering support in terms of money, expertise, and technical assistance.

It often offers developing and LDC countries long-term loans with terms ranging from 25 to 30 years.

The bank may lend to member nations up to 20% of their share of paid-up capital.

Bank also provides loans to private investors who are members, on its own guarantee; however, private investors must first obtain permission from their domestic country. Banks impose service fees between 1% and 2% in such cases.

The World Bank itself determines the amount of loan service, interest rate, and terms and conditions.

Typically, banks provide loans for specific projects that have been properly presented to the bank by the member country.

The issuance of bonds on the international financial market is the primary source of funding.

The office of the president is conventionally held by a citizen of the United States.

There are 24 directors on the Board of Executive Directors.

Debt Sustainability Framework (DSF): The Multilateral Debt Relief Initiative (MDRI) and the Heavily Indebted Poor Countries (HIPC) initiative both aim to lower the debt loads of the world’s poorest, most severely indebted countries. The Debt Sustainability Framework (DSF), developed by the IMF and World Bank, is used to jointly evaluate a country’s ability to pay its debts.