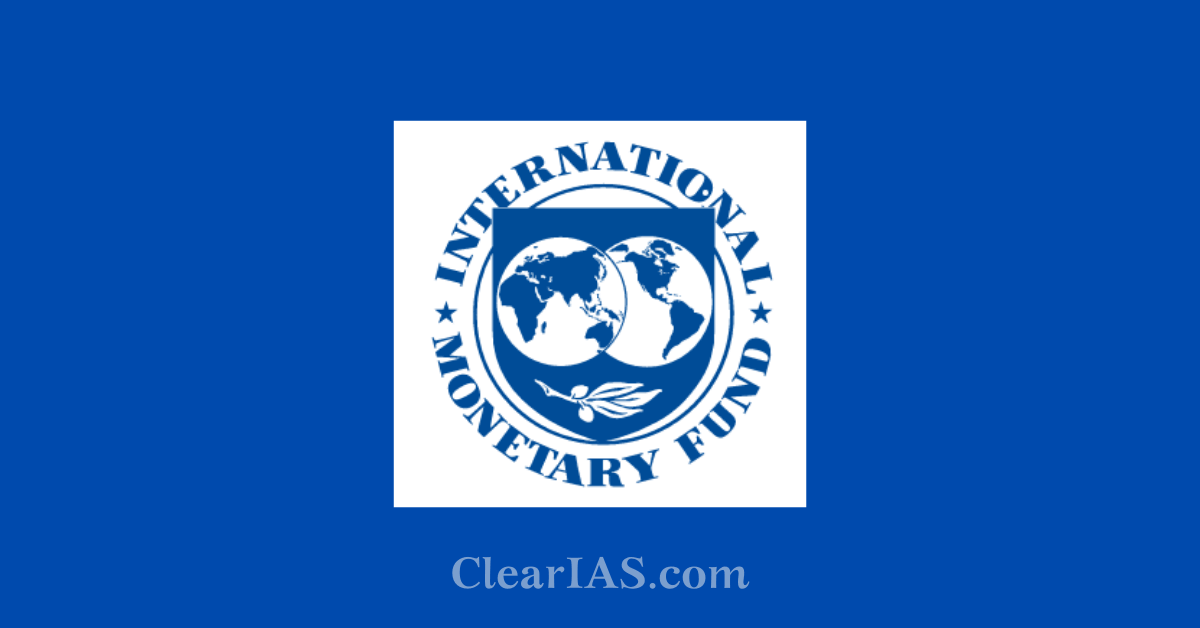 The international monetary fund (IMF) is an important institution on the global economic platform. Read here to know more about it.

The World Economic Outlook 2022 by IMF has been published and cut its forecast for India’s Gross Domestic Product (GDP) growth in FY 2022-23 to 8.2%, making it the fastest-growing major economy in the world, almost twice faster than China’s 4.4 %.

The war in Ukraine has triggered a costly humanitarian crisis that demands a peaceful resolution. At the same time, economic damage from the conflict will contribute to a significant slowdown in global growth in 2022 and add to inflation. Fuel and food prices have increased rapidly, hitting vulnerable populations in low-income countries hardest.

1944: The IMF was planned as a part of the Bretton woods exchange system along with the World Bank.

IMF and World Bank are together known as the Bretton wood twins.

It was set in the aftermath of World War II when the global economic scenario collapsed and countries sharply raised barriers to trade in an attempt to improve their failing economies.

The IMF is governed by and accountable to the 189 countries that make up its near-global membership. It has headquarters in Washington D.C.

The International Monetary Fund (IMF) has the primary purpose to ensure the stability of the international monetary system, the system of exchange rates, and international payments that enables countries to transact with each other.

The Bretton Woods exchange rate system prevailed collapsed in 1971 when the United States government suspended the convertibility of the US$ (and dollar reserves held by other governments) into gold. This is known as the Nixon Shock.

The IMF then promoted the floating exchange rates system which is in place until today.

1973: During the oil crisis, IMF estimated that the foreign debts of 100 oil-importing developing countries increased by 150% between 1973 and 1977, complicated further by a worldwide shift to floating exchange rates. IMF administered a new lending program from 1974 to 1976 called the Oil Facility.

1991: After the collapse of the Soviet Union, the IMF played a central role in helping the countries of the former Soviet bloc transition from central planning to market-driven economies.

1998-2002: The IMF provided lending packages and bailouts to several countries going through economic crises during this period.

2008:  IMF undertook major initiatives to strengthen surveillance to respond to a more globalized and interconnected world during the global economic crisis.

At the top of its organizational structure is the Board of Governors. The day-to-day work of the IMF is overseen by its 24-member Executive Board, which represents the entire membership and is supported by IMF staff.

Surveillance: The IMF monitors the international monetary system and global economic developments to identify risks and recommend policies for growth and financial stability. The Fund also undertakes a regular health check of the economic and financial policies of its 190 member countries. In addition, the IMF identifies possible risks to the economic stability of its member countries and advises their governments on possible policy adjustments.

Beyond 2023, global growth is forecast to decline to about 3.3 percent over the medium term.

Monetary authorities should carefully monitor the pass-through of rising global prices to domestic inflation expectations to calibrate their responses.

Q. Global Financial Stability Report’ is prepared by the (2016)