ClearIAS » Science and Technology Notes » Wormhole: A shortcut to travel the interstellar space? 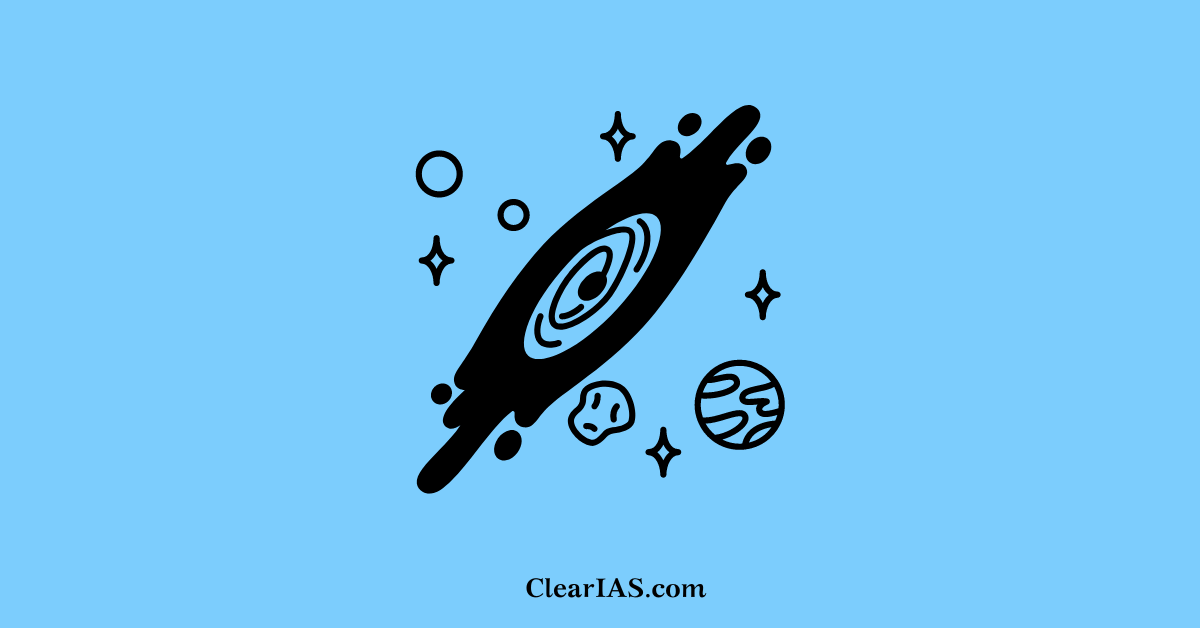 Can you imagine what it would be like to travel to a galaxy far away?

Using the current technology and knowledge, it may take millions of years to reach even a nearby galaxy.

However, it seems that there is a shortcut to travel the interstellar space.

This shortcut uses the concept of a wormhole.

Read to know more about wormholes.

Wormhole: What is it?

A wormhole is a shortcut to travelling interstellar space.

A wormhole can be viewed as a bridge or shortcut between two points in curved space-time within the universe. 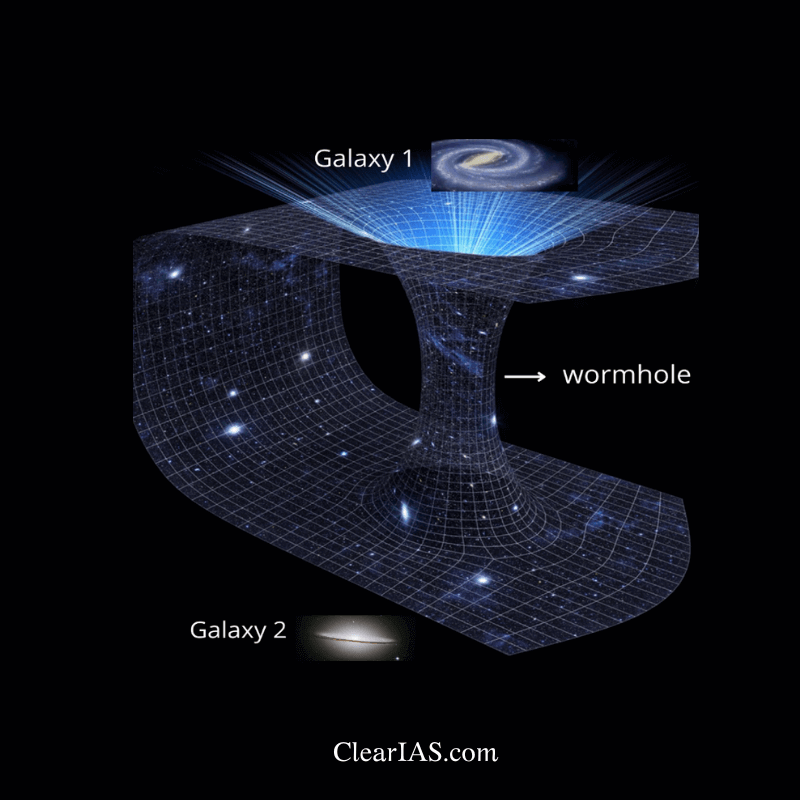 A wormhole is also called Einstein Rosen Bridge. Fundamentally, it is based on Einstein’s general theory of relativity.

Just like black holes were predicted by Einstein’s theory of relativity long before they were experimentally observed, the existence of wormholes, too, has been predicted. It is yet to be observed.

In theory, a wormhole could be used to connect very long distances, like millions of light years. In extreme scenarios, it might even be able to connect parallel universes.

Albert Einstein and Nathan Rosen used the theory of general relativity to elaborate on the idea, proposing the existence of “links” through space-time.

As per the theory, these tunnels could join two distant points in the universe and could minimize distance and travel time.

Later, they were named wormholes or Einstein-Rosen-Bridge. With the help of wormholes, there might be a possibility to create a practical time machine.

What is Einstein’s general theory of relativity?

According to Einstein’s general theory of relativity, which was published in 1915, space-time curvature is what causes what we experience as the force of gravity.

Einstein states that space and time are relative and all motion must be relative to a frame of reference.

Are black holes and wormholes the same? No.

While a wormhole creates a bridge between two points, a black hole leads to a dead end. This dead end is called a singularity.

Timemachine: Will you be able to go back in time?

Wormholes could even function as time machines because they are shortcuts through space-time.

You might exit a wormhole at a moment that is earlier than the time you entered it.

Do wormholes exist in reality?

So far, we have no evidence that wormholes actually exist in our world.

Some scientists think wormholes can’t possibly exist because they would be too unstable.

However, the question is still open.

As Carl Sagan said in Cosmos, his popular science book, ” Our passion for learning, is our tool for survival”.

Model question from the topic

The term ‘wormhole’ recently in news refers to

Which of the above is/are the prediction/predictions of Albert Einstein’s General Theory of Relativity, often discussed in media? (UPSC CSE 2018)