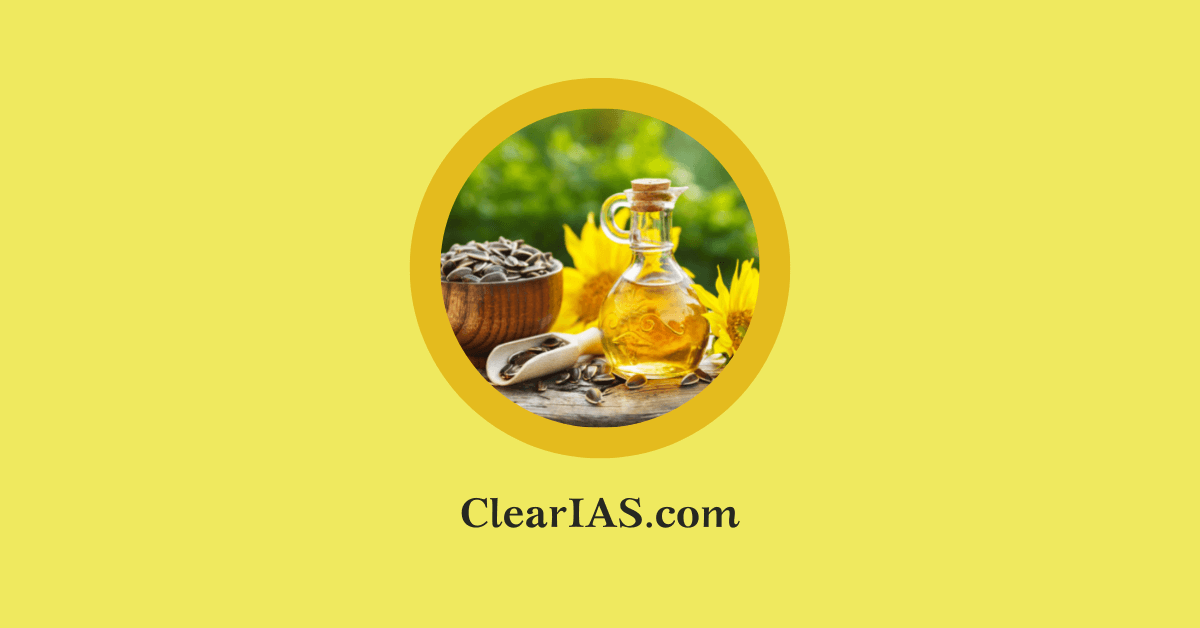 The Yellow Revolution was a movement started in 1986–1987 to boost the production of edible oil, particularly from mustard and sesame seeds, to achieve self-reliance. What is the background of the yellow revolution? What are its characteristics? Read the article to know more about the Yellow revolution.

“Yellow revolution “, is such a colourful word. Isn’t it?

But the challenges faced by this sector are not as colourful as the word.

What is the Yellow Revolution?

Background of the Indian Yellow Revolution

India started the Oil Technological Mission in 1986 to ensure the success of the yellow revolution. The introduction of hybrid mustard and sesame seeds during the Yellow Revolution led to a large rise in the production of edible oil, which was also made possible by the adoption of more advanced oil production technologies.

With floating sunflowers in Punjabi fields, the revolution signalled the start of a new age, opened up a lot of opportunities, and assisted in bridging the socioeconomic divide in the nation. When the revolution began, India’s oil production was roughly 12 million tonnes; after ten years, it had doubled to about 24 million tonnes. Yes, that marked tremendous growth.

Around 68 per cent of the nation’s total production of edible oils comes from primary sources, and the remaining 32 per cent comes from secondary sources.

India is perfectly equipped for growing all of the important annual oilseed crops due to its diverse agroecological ecosystem.

The following are the main characteristics of the Yellow revolution.

Positive aspects of the revolution

Challenges to the Yellow Revolution

The government of India has initiated many reforms for the upliftment of this sector.

The cultivable area for oilseeds cannot currently be increased. The fact that there is still a deficit of edible oils suggests that the Oilseeds Technology Mission (OTM) and the development of oil palm plantations have had little effect.

These energy-dense crops are subject to several limitations. They are raised in unfavourable conditions and are vulnerable to pests and infections. Recently, farmers have grown high-yielding grains to increase output increase revenues and make use of newer technology.

The nation’s demands for edible oils are satisfied by these key oilseed crops. A second yellow revolution is necessary at this time to meet this demand. To improve production and farm income, dryland farming also requires technological progress. The country’s agriculture and the economy would be significantly impacted if it become self-sufficient in oilseeds