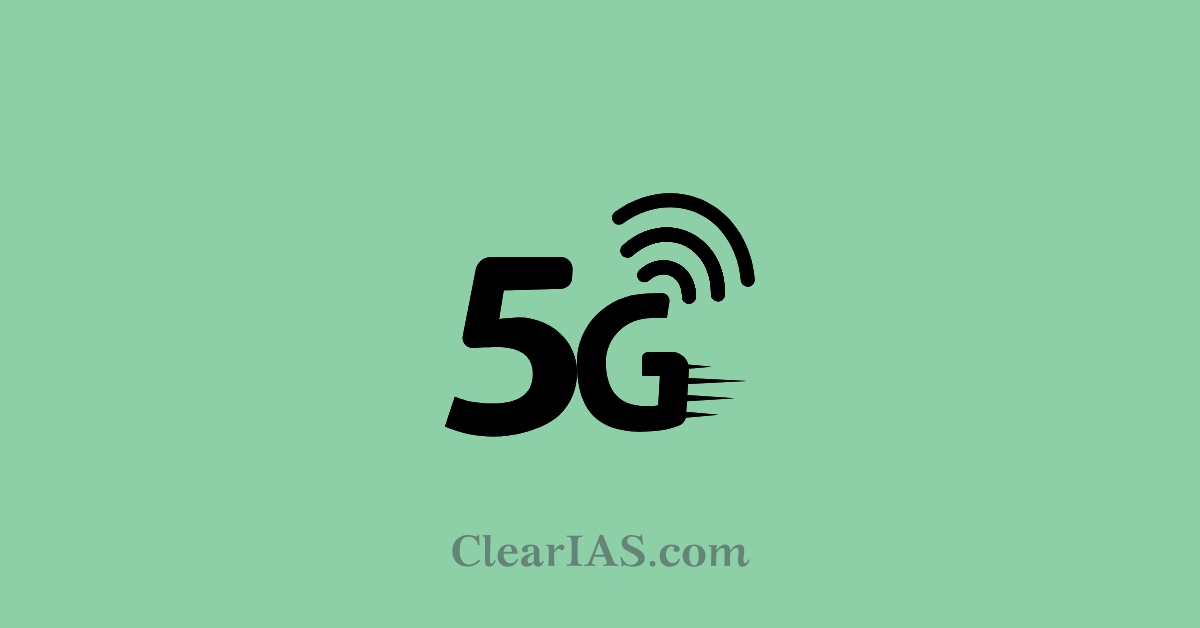 5G technology is in news for a long time. Hence, it is important to understand the technicalities, advantages, and disadvantages of the technologies. Read here to know about 5G.

The fifth-generation mobile network is popularly known as 5G.

5G is the next level of mobile network that will shape the Fourth Industrial Revolution, or Industrial 4.0.

Besides 5G also improve the quality of service delivery and aid in innovation by facilitating smarter and developing societies.

The 5G network will operate in the millimetre-wave spectrum (30-300 GHz) which can send large amounts of data at very high speeds as the frequency is very high, and it experiences little interference from surrounding signals.

5G is the latest upgrade in the long-term evolution (LTE) mobile broadband networks.

In the high-band spectrum of 5G, internet speeds have been tested to be as high as 20 Gbps (gigabits per second).

What is the difference between 5G and 4G?

What is the Global scenario?

Commercial 5G networks began to be deployed in 2020 worldwide and are expected to reach 12% of world mobile connections (1.1 billion) and generate revenues up to the U.S.$1.3 trillion by 2025 for operators.

5G had been deployed in 50 cities in the United States.

Japan and China have started 5G mobile services on a trial basis.

Is India ready for the 5G leap?

Advantages of 5G for India

The new generation mobile network has the transformative potential to provide a wide range of benefits to the Indian economy, which when combined with artificial intelligence provides a new face to a connected and autonomous system.

5G networks could improve the accessibility of services such as mobile banking and healthcare, and enable exponential growth in opportunities for unemployed or underemployed people to engage in fulfilling and productive work.

The Indian policy-makers can educate and empower citizens and businesses, and transform existing cities into smart and innovative cities.

Socio-economic Benefits: This may allow citizens and communities to get socio-economic benefits and comforts delivered by a well-advanced, more data-intensive, digital economy.

Challenges for rolling out 5G

Hence it is important to elevate the quality of service of existing 4G networks before embarking on a new 5G platform.

The immediate priority for India will be in identifying end-users and the population to be covered, the existing network and operators, identification of cities for the 5G rollout, working out an investment model, and minimization of the digital risk and pricing based on the usage of various sectors.