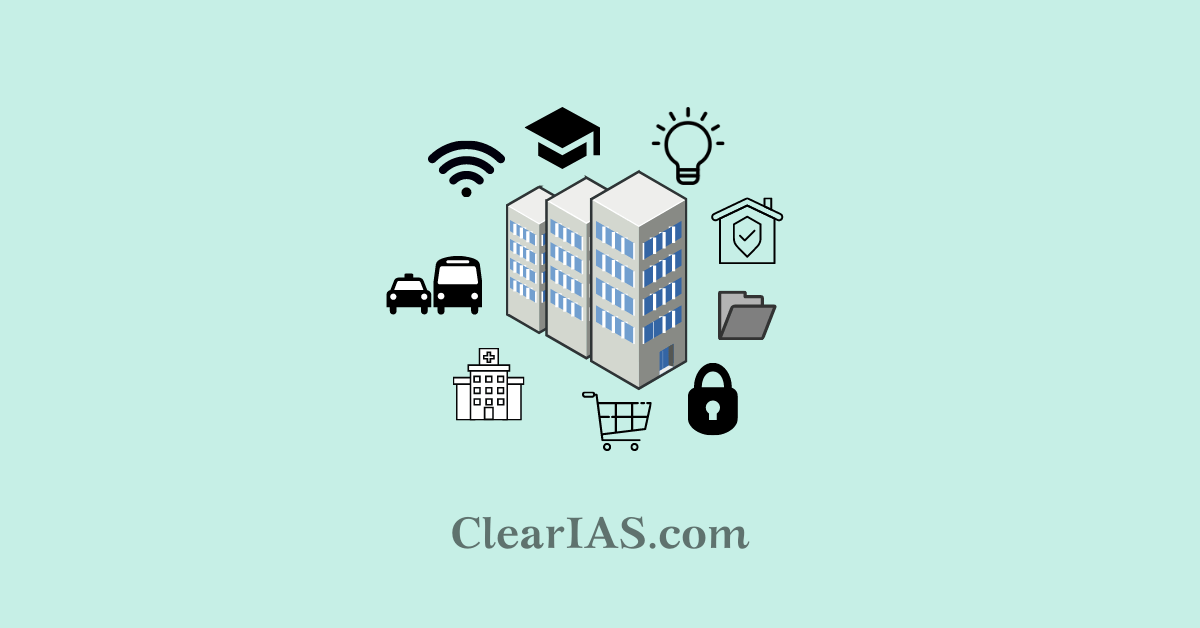 Smart Cities Mission is an innovative and new initiative by the Government of India. Read here to know all about its objectives and features.

What is the Smart Cities Mission?

The National Smart Cities Mission is an urban renewal mission launched on June 25, 2015, to promote cities to provide core infrastructure, a clean and sustainable environment, and a decent quality of life to their citizens through the application of ‘smart solutions’.

The purpose of the Smart Cities Mission is to drive economic growth and improve the quality of life of people by enabling local area development and harnessing technology, especially technology that leads to Smart outcomes.

The Ministry of Housing and Urban Affairs (MoHUA) is the implementing ministry in collaboration with the respective state governments. It is a centrally sponsored scheme that initially included 100 cities to be covered between 2019 and 2023.

Features of the Smart Cities Mission:

The use of Information and Communications Technology (ICT) is the major aspect of the mission.

The Ministry of Urban Development has identified 24 key areas that cities must address in their ‘smart cities’ plan.

Smart Cities Mission is one of the mechanisms that will help functionalize the nationwide implementation of the Sustainable Development Goals (SDG) with priorities like poverty alleviation, employment, and other basic services.

In the context of our country, the six fundamental principles on which the concept of Smart Cities is based are: 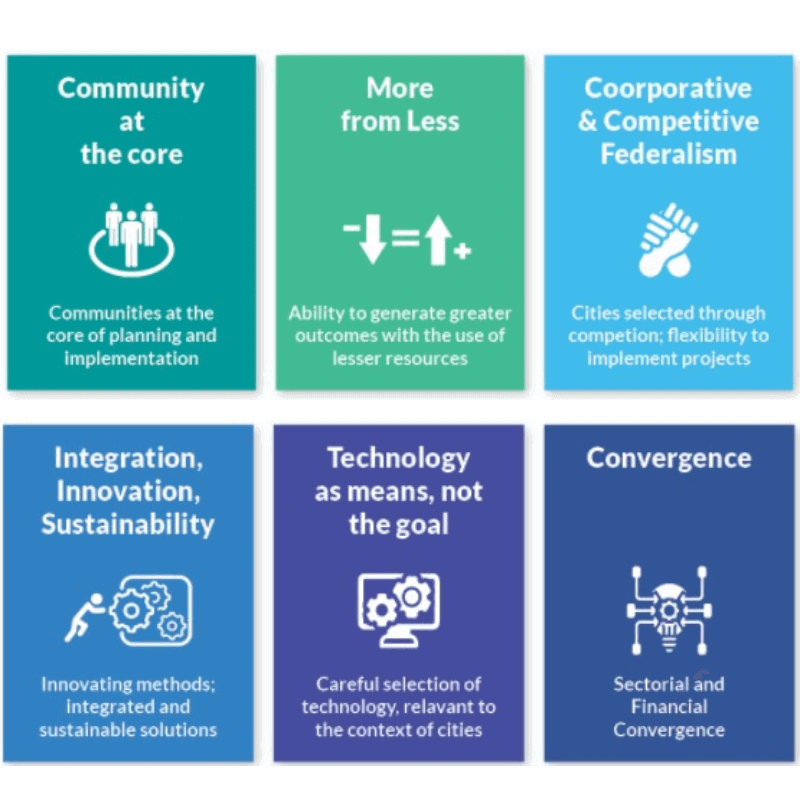 Funding and implementation of the mission:

The implementation of the Mission at the City level will be done by a Special Purpose Vehicle (SPV) created for the purpose. The SPV will plan, appraise, approve, release funds, implement, manage, operate, monitor, and evaluate the Smart City development projects.

Each Smart City will have an SPV which will be headed by a full-time CEO and have nominees of Central Government, State Government, and ULB on its Board.

The States/ULBs shall ensure that:

The selection process of the smart cities:

The selection process of Smart Cities was based on the idea of Competitive and Co-operative Federalism. It is for the first time in the urban history of India that cities were selected based on competition.

A two-stage selection process was followed and 100 smart cities were first distributed amongst the States and UTs based on equitable criteria.

All 100 smart cities have been selected through a City Challenge Process in four rounds as below:

Each aspiring city competes for selection as a Smart City in what is called a ‘City Challenge’. There are two stages in the selection process.

Key challenges to implementation of mission: