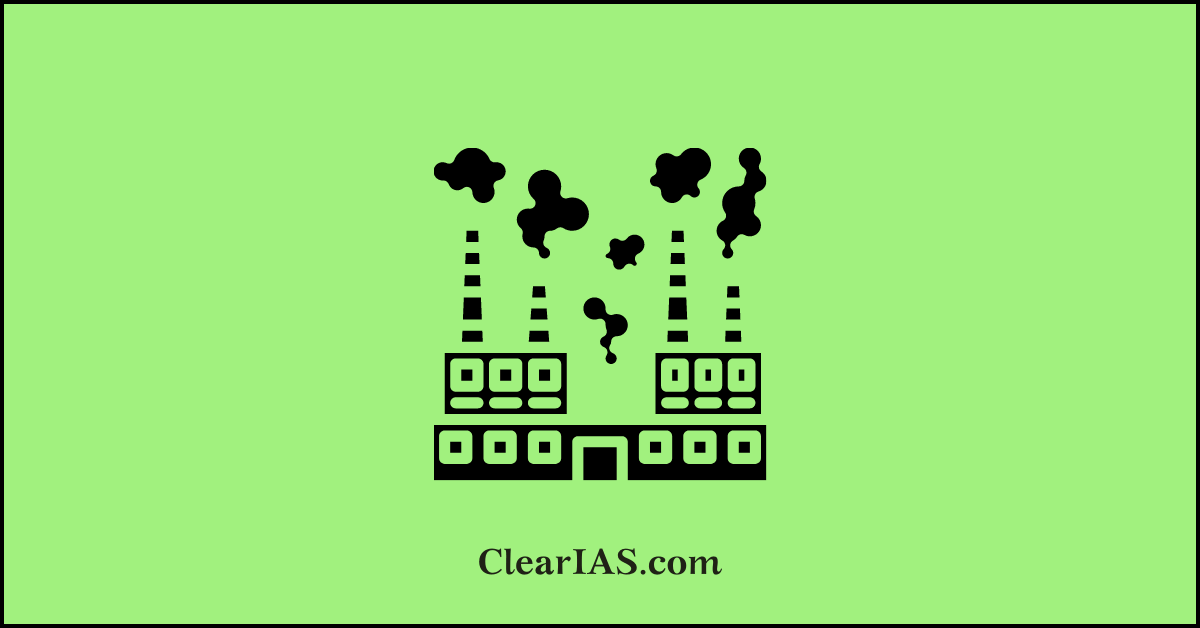 As we all know, modernization impacts positively as well as negatively. Pollution is one of the negative impacts, which leads to a threat to our earth. This article deals all about Air pollution.

Air Pollution is one of the most important topics for the UPSC Civil Services Exam.

As we all know that Poor air quality is a danger to public health.

Let’s discuss all about this Air Pollution.

What is Air Pollution?

Air pollution is the presence of compounds (air pollutants) in the atmosphere that are hazardous to human health and the health of other living things or impair the climate or materials.

What are Air pollutants?

There are many different types of air pollutants, such as gases (such as ammonia, carbon monoxide, sulfur dioxide, nitrous oxides, methane, carbon dioxide, and chlorofluorocarbons), particulates (both organic and inorganic), and biological molecules.

Then, what do you mean by primary and secondary pollutants?

Primary Pollutants: The pollutants that directly cause air pollution are known as primary pollutants.

Secondary Pollutants: Secondary pollutants are those that are produced as a result of the mixing and interaction of primary pollutants.

Air pollution may cause diseases, allergies, and even death to humans.

Additionally, it may hurt other living things like animals and food crops, as well as impair the built environment or the natural environment (for instance, by causing climate change, ozone depletion, or habitat destruction) (for example, acid rain).

Both human activity and natural processes can generate air pollution. 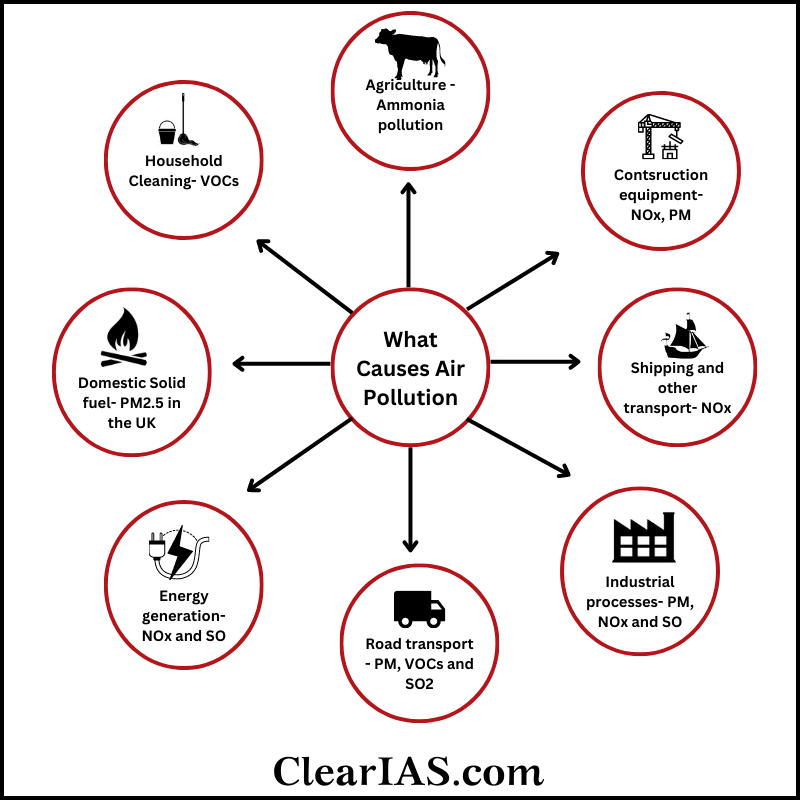 There are substantial amounts of solid garbage. Farmers in Punjab and Haryana burn crop leftovers on a seasonal basis.

Due to prepare their fields for the following crop, and during the winter, when the air is dense, there is a temperature inversion, and there is very little pollution dispersion.

During winter we also see people burning fires at night to bear the cold. All this put together has a cumulative effect on the air quality.

Methane can displace oxygen in an enclosed environment and is an asphyxiant as well. If the oxygen concentration is displaced below 19.5%, asphyxia or suffocating may occur.

Air pollution is usually thought of as smoke from large factories or exhaust from vehicles.

But there are many types of indoor air pollution as well.

Do you know Indoor Air Pollution?

Heating a house by burning substances such as kerosene, wood, and coal can contaminate the air inside the house.

Ash and smoke make breathing difficult, and they can stick to walls, food, and clothing.

Naturally-occurring radon gas, a cancer-causing material, can also build up in homes. Radon is released through the surface of the Earth. Low-cost solutions put in place by experts can lower radon levels.

Insulation is one of the building supplies that can be harmful to people’s health. Additionally, the movement of air in buildings and spaces can promote the growth of harmful mold.

A single mold colony could exist in a home’s moist, chilly areas, including in the spaces between walls.

The airborne spores of the mold spread throughout the entire house. The spores can make people unwell if they breathe them in.

The majority of affluent nations have passed rules to control emissions and lower air pollution in addition to the international Kyoto Protocol.

A cap and trade system to control emissions is the topic of discussion in the US. The quantity of pollution a corporation is permitted under this approach would be capped, or set at a certain level. Companies would be required to pay if they went over their cap.

Companies could trade or sell their leftover pollution allowance to other businesses if they exceeded their cap but did not exceed it.

In essence, cap and trade would pay businesses to reduce pollution.

The WHO recommendations are designed to lower annual air pollution-related mortality by 15%.

To obtain precise data, a thorough study is needed, but neither the time nor the money is available, nor are there enough people to carry it out. As a result, we must address the problem of pollution cautiously.

What is the National Air Quality Index?

Launched in 2014 with an outline ‘One Number – One Color -One Description’ for the common man to judge the air quality within his vicinity.

It has been developed by the CPCB in consultation with IIT-Kanpur and an expert group comprising medical and air-quality professionals.

Categorization of Air Quality under AQI:

System of Air Quality and Weather Forecasting And Research

This 4-pillar strategy calls for an enhanced global response to the adverse health effects of air pollution. Those four pillars are:

The application of the Graded Response Action Plan in the Delhi-National Capital Region (NCR) is a step in the right direction.

For example, the Delhi government is also experimenting with a new organic way of decomposing stubble with Indian Agriculture Research Institute’s “Pusa decomposer”.

Fighting air pollution is a public concern, hence it is within everyone’s purview. As a result, there is a need for focused, coordinated activities that include all relevant parties.

The government (federal, state, and municipal), cities, the general public, and individuals should all be considered in this.

Further, there is a need for a policy that envisages a healthy energy transition and healthy urban planning transition.