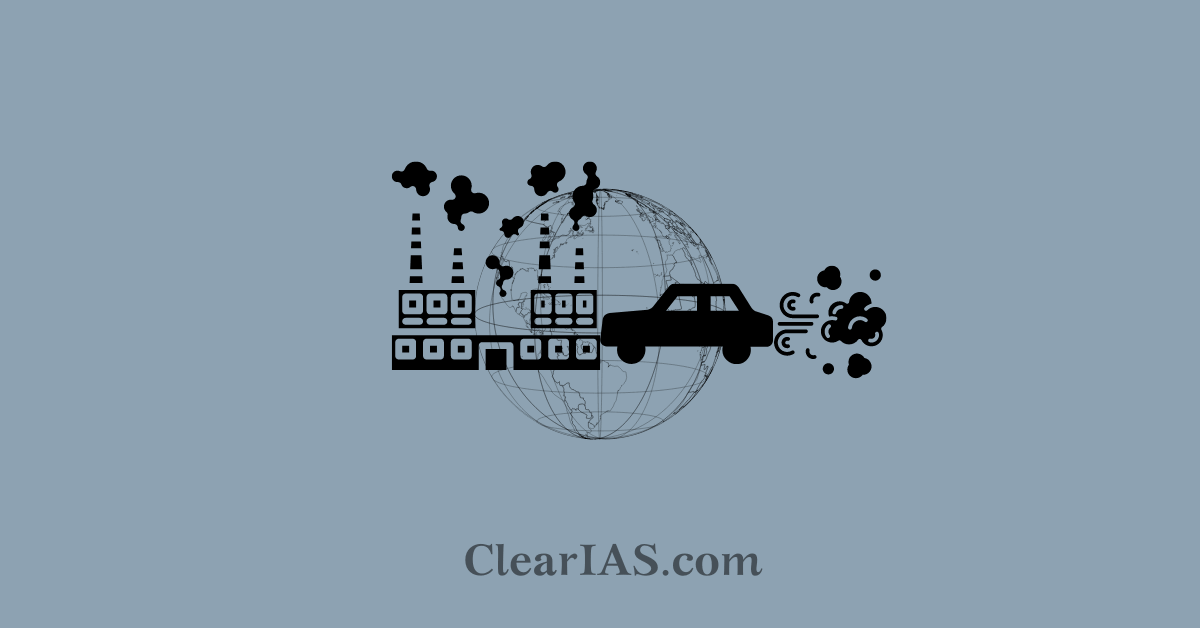 What is Photochemical Smog? How is it formed? What are its effects and ways of mitigation? Read here to know the answers.

Smog is defined as smoke with fog (smoky fog), which is brought on by the burning of a large quantity of coal, vehicle emissions, and industrial fumes which come under the class of primary pollutants.

“London smog” is another name for sulfurous haze (because it was first formed in London).

Sulfurous smog is created by the use of sulfur-containing fossil fuels, mainly coal (coal being the dominant source of energy in London throughout the nineteenth century), and results from a high concentration of sulfur oxides in the air. Early in the 20th century, coal burning’s impacts were noticed.

Wetness and a high level of suspended particulate matter in the air exacerbate this type of smog.

What is photochemical smog? Photochemical smog is a brownish-grey haze caused by the action of solar ultraviolet radiation on the atmosphere polluted with hydrocarbons and oxides of nitrogen.

It contains anthropogenic air pollutants, mainly ozone, nitric acid, and organic compounds, which are trapped near the ground by temperature inversion.

These pollutants and also some others can affect human health and cause damage to plants.

Photochemical smog often has an unpleasant odor due to some of its gaseous components.

The term smog is commonly used to represent a near-ground haze made of a combination of smoke and fog rather than ozone, nitric acid, and organic compounds.

Photochemical smog appears to be initiated by nitrogen oxides that are emitted into the air as pollutants mainly from internal combustion engines.

There must be a significant source (often automobile activity) that emits enough NO, hydrocarbons, and other VOCs (volatile organic compounds) into the air for a city to experience photochemical smog.

Additionally needed are warmth, plenty of sunlight, and relatively little air movement to prevent the reactants from becoming diluted. 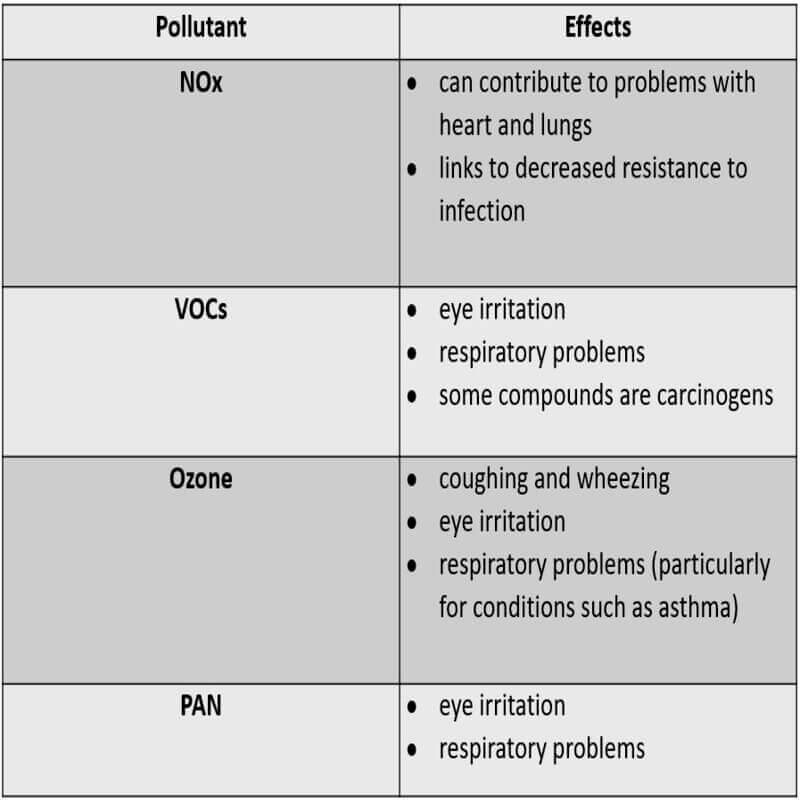 Photochemical smog can be controlled by decreasing the concentrations of hydrocarbons, NOx other VOC emissions.

The official title of the protocol is UNECE Protocol to Abate Acidification, Eutrophication, and Ground-level Ozone (Gothenburg Protocol) (Protocol to the UNECE Convention on Long-Range Transboundary Air Pollution (LRTAP))

The Gothenburg Protocol was established to address pollutants that cause acidification and ground-level ozone.

It sets limits on air pollutants including sulfur dioxide, nitrogen oxide, ammonia, and volatile organic compounds that are hazardous to human health and the environment.

It was updated in 2012 to include particulate matter (PM) and black carbon (as a component of PM) and to include new commitments for 2020.

The Protocol establishes legally binding emissions reduction commitments for 2020 and beyond for the major air pollutants:

The objective of the Gothenburg Protocol under the United Nations Economic Commission for Europe’s (UNECE) LRTAP Convention is:

This multi-pollutant, multi-effect protocol is meant to eventually replace the older protocols that cover the same pollutants.

Thus, when all Parties ratify the amended Protocol, their obligations under the following existing protocols: SO2 (1985 Helsinki and 1994 Oslo Protocols); NOx (1988 Sofia Protocol); and VOC (1991 Geneva Protocol); will become null and void.

India has not signed the protocol.