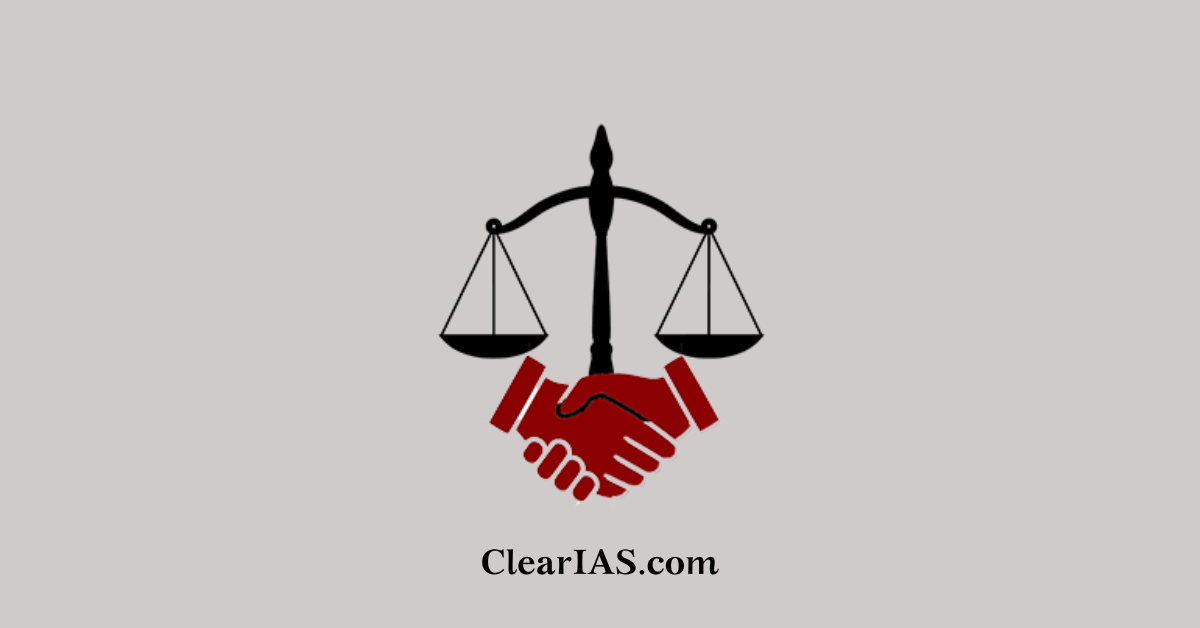 The process of resolving conflicts without going to courts, such as through arbitration, conciliation, mediation, or negotiation, is known as alternative dispute resolution (ADR). Through negotiation between the parties, ADR aims to resolve the conflict.

The judicial settlement, including settlement through Lok Adalat

According to Section 89 of the Civil Procedure Code of 1908, if the court determines that a settlement contains elements that the parties might find acceptable, it may formulate the terms of the potential settlement and refer it for arbitration, conciliation, mediation, or judicial settlement, including settlement through Lok Adalat.

They were established by the Legal Services Authority Act of 1987. They are called “People’s Courts,” and the chairman is typically a sitting or retired judge. The other two members are typically attorneys and social workers. Both court costs and stringent procedural rules are absent. But every Lok Adalat procedure is thought to be court action.

The Lok Adalats’ award (decision), which is final and binding on all parties, is regarded as an order of a civil court. There is no appeal option if the parties are not happy with the award.

The 1996 Arbitration and Conciliation Act

ADR and Mediation in Specialized Statues

There are provisions for mediation in several statutes, including the Industrial Disputes Act of 1947, the Companies Act of 2013 and the Real Estate (Regulation and Development) Act of 2016.

The NDIAC will be established under the Act to handle arbitration, mediation, and conciliation cases. The NDIAC is recognised as a nationally significant institution by the statute.

The Supreme Court has established the Niranjan Bhat Committee to develop a draught law that would grant legal credibility to conflicts resolved through mediation. The proposed legislation would then be forwarded to the government as a recommendation from the high court. The panel, which will be led by a legal expert and mediator Niranjan Bhat, will suggest a code of behaviour for mediators.