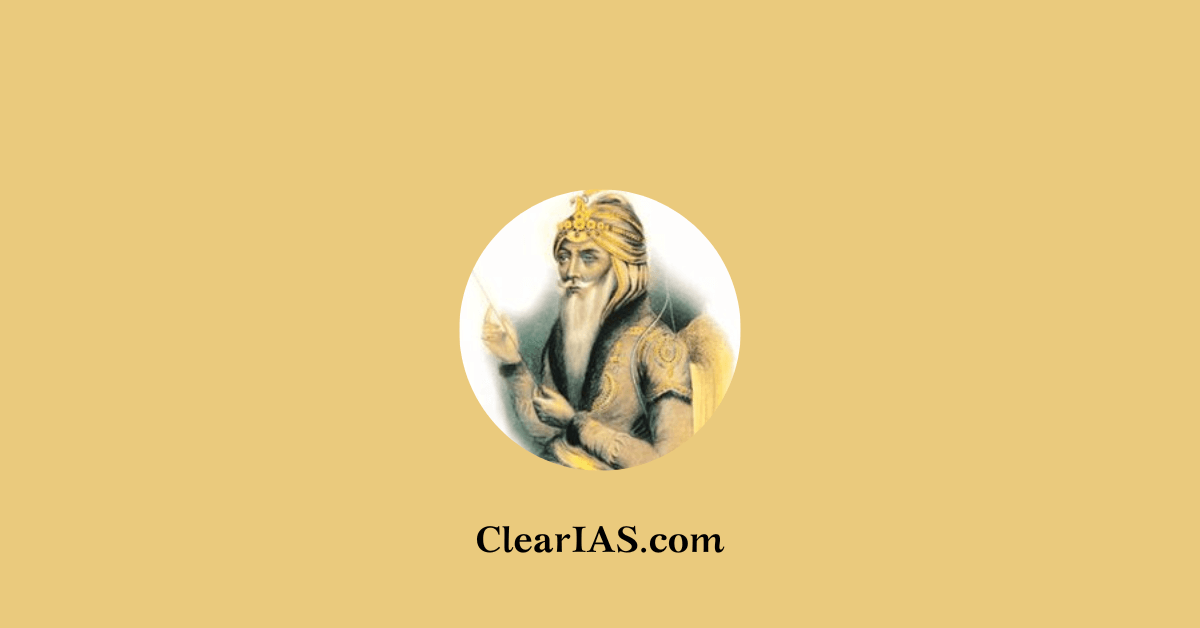 In the early nineteenth century, Maharaja Ranjit Singh expanded and solidified the Sikh state of Punjab as British-controlled territories were inadvertently brought closer to Punjab’s borders through conquest or annexation. Who was Maharaja Ranjit Singh?  What was the reason for the Anglo-Sikh wars? Scroll down the page to know more about the relationship between Punjab and the British.

With the British, Ranjit Singh pursued a circumspect partnership in exchange for some area south of the Sutlej River. Wars broke out as a result of the conflicts between the Sikhs and the British. In northwest India, it led to the British invasion and annexation of Punjab.

The English and Maharaja Ranjit Singh

The idea of a united Franco-Russian invasion of India by land route alarmed the English. In 1807, Charles Metcalfe was sent to Lahore by Lord Minto.

On the condition that the English maintain their neutrality in the case of a Sikh-Afghan confrontation and acknowledge Ranjit Singh as the ruler of the entire Punjab, including the Malwa (cis-Sutlej) provinces, Ranjit Singh accepted Metcalfe’s proposal for an offensive and defensive alliance.

The negotiations failed, though. Ranjit Singh made the decision to ratify the Treaty of Amritsar (April 25, 1809) with the Company in the midst of a new political climate in which the English had gained more sway and the Napoleonic menace had subsided.

The Changes introduced by the British in India – ClearIAS

The Amritsar Treaty was significant for its immediate and potential effects. It prevented Ranjit Singh from achieving one of his most prized goals, which was to expand his rule over the entire Sikh populace by designating the Sutlej River as the boundary between his and the Company’s domains.

He switched his focus to the west, taking Peshawar (1819), Kashmir (1819), and Multan (1818). (1834). Despite being coerced by political pressures to ratify the Tripartite Treaty with the English in June 1838, Ranjit Singh refused to let British troops enter Dost Mohammad, the Afghan Amir, through his territory.

The dealings between Raja Ranjit Singh and the Company between 1809 and 1839 blatantly show the latter’s precarious status. Even though he was aware of his dangerous position, he took no steps to form a coalition with other Indian rulers or to preserve a balance of power. Punjab Kharak Singh, Ranjit Singh’s lone legitimate son and heir, was ineffective after Ranjit Singh, and during his brief tenure, the court divides appeared.

Now let us move on to the Anglo-Sikh Wars,

The outcome of the conflict

In accordance with Queen Victoria Queen’s Proclamation, Punjab and the rest of British India came under the direct rule of the British crown in 1858. The region was formerly known as Sapta Sindhu, the Vedic nation of the seven rivers that flowed into the ocean. One of the last areas of the Indian subcontinent to come under British control was the Punjab region, which was mostly taken over by the East India Company in 1849.

In 1858, Punjab was placed under direct British rule along with the rest of British India. The Anglo-Sikh fights fostered respect for one another’s fighting skills. The Sikhs fought alongside the British in the Revolt of 1857 and a number of other battles and conflicts up until  Indian independence in 1947.