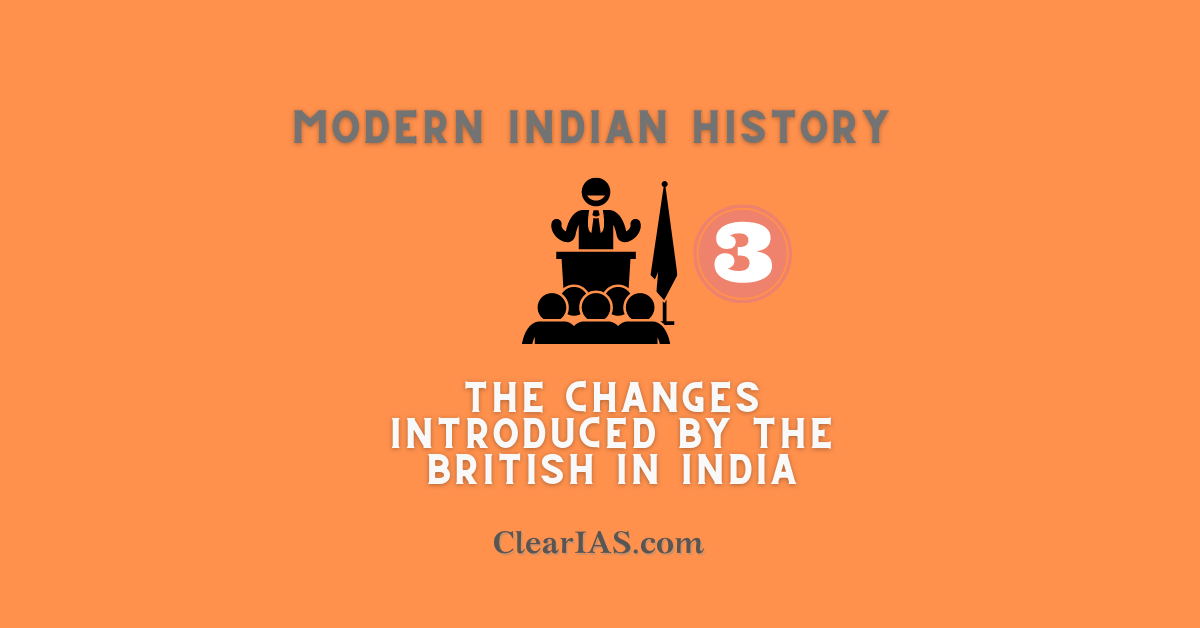 Once the British gained power, She introduced many changes in the Economic, Political, and Social spheres. Learn more.

We have seen that India in the 1750s saw the decline of the Mughal Empire and the emergence of Successor States.

The British who came to India for trade become the rulers of territories.

They introduced many changes disrupting the economy, polity, and society.

We will be covering each of these details in subsequent posts. In this post, we mainly concentrate on the changes made by the British from a broad perspective covering rural India as well as urban India.

How did British rule affect the Indian Villages: Ruling the Countryside

How was indigo cultivated?

The “Blue Rebellion” and After

How did British rule affect the Cities: Ruling the Colonial Cities & Urbanisation

Urbanisation, a change since 1857