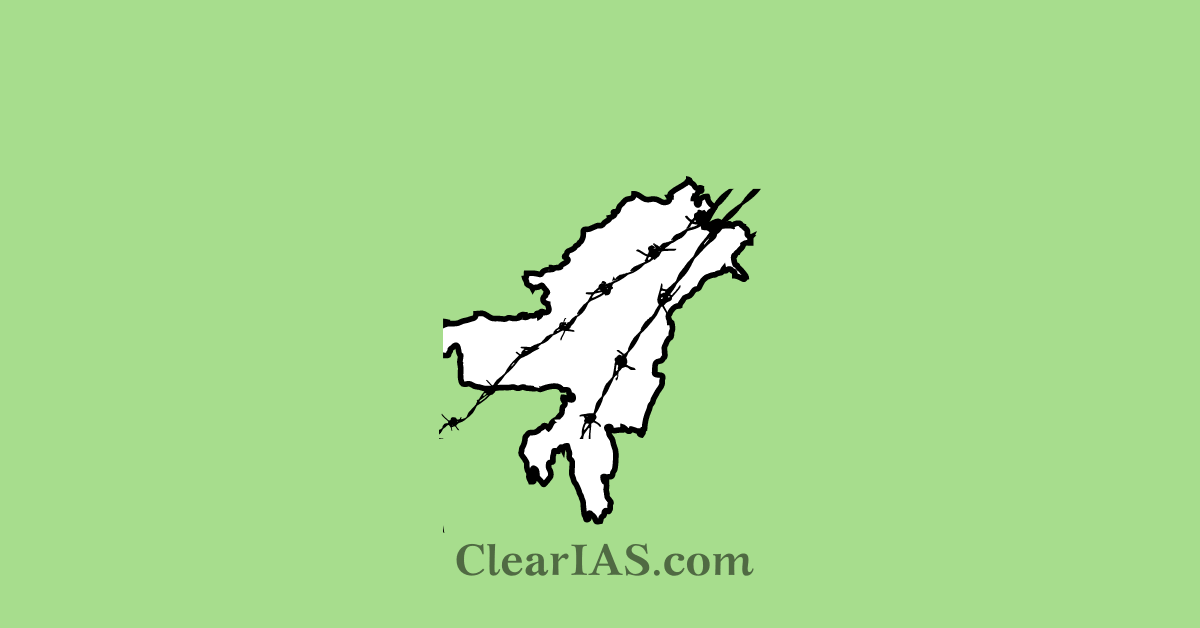 Assam-Meghalaya Border Dispute is a 50-year-old issue. Recently, the two states have partially resolved the dispute. How did the two States reach an agreement? Will it help to solve other border rows in the north-eastern region? Read here to know the history and related recent developments.

Two months after signing a draft resolution on January 29, Assam and Meghalaya partially resolved a 50-year-old dispute along their 884.9 km boundary.

The Northeast region of India is marred by several border disputes. Almost all these border disputes have their origins in colonial times and reflect the consequences of the British policy of creating and recreating boundaries for administrative convenience based on annexation and exploration of territories in the region.

The Union government has made efforts to resolve these disputes, however, not much success could be achieved as one or the other state remained non-cooperative.

The security situation of the region is endangered with insurgents and criminals gaining the upper hand. 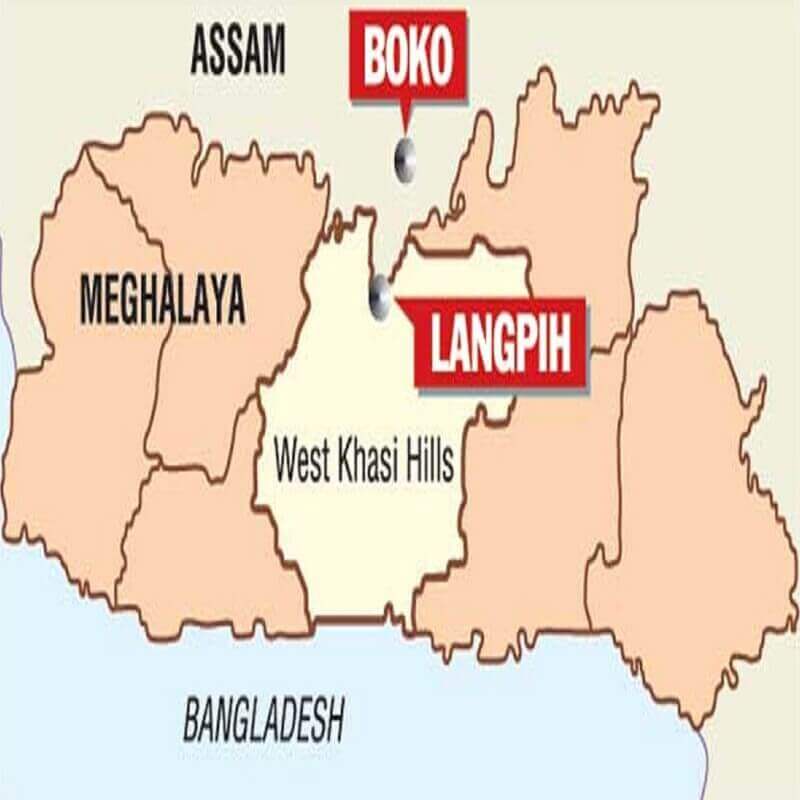 Both states signed a historic agreement for closure in six disputed sectors that were taken up for resolution in the first phase.

As of now, there are 12 points of dispute along their borders.

A major point of contention between Assam and Meghalaya is the district of Langpih in West Garo Hills bordering the Kamrup district of Assam.

Langpih was part of the Kamrup district during the British colonial period but post-Independence, it became part of the Garo Hills and Meghalaya.

Both Assam and Meghalaya have constituted border dispute settlement committees.

They are historical facts, ethnicity, administrative convenience, mood and sentiments of the people concerned, and the contiguity of the land.

Assam and Meghalaya share an 885-km-long border and Meghalaya was carved out of Assam under the Assam Reorganisation Act, 1971, a law that it challenged, leading to disputes.

1970: Meghalaya was carved out of Assam as an autonomous State.

1972: Meghalaya became a full-fledged State based on the Assam Reorganisation (Meghalaya) Act of 1969.

The Meghalaya government refused to accept it because the Act followed the recommendations of a 1951 committee that defined the boundary of Meghalaya.

Based on the panel’s recommendations, areas of the present-day East Jaintia Hills, Ri-Bhoi, and West Khasi Hills districts of Meghalaya were transferred to the districts of Assam.

After claims and counter-claims, the dispute was narrowed down to 12 sectors based on an official claim by Meghalaya in 2011.

1983: A joint official committee was formed to address the issue. The committee suggested that the Survey of India should re-delineate the boundary with the cooperation of both the States but there was no follow-up action.

1985: An independent panel headed by Justice Y.V. Chandrachud was constituted. Meghalaya rejected the report as it was allegedly pro-Assam.

1991: Both the governments agreed to jointly demarcate the border with the help of the Survey of India. About 100 km of the border was demarcated by the end of 1991, but again Meghalaya found the exercise unconstitutional and refused to cooperate.

2011: The Meghalaya Assembly passed a resolution for central intervention and the constitution of a boundary commission. The Assam Assembly retaliated with a resolution to oppose the move.

The Centre then intervened and made the two governments appoint nodal officers to discuss the boundary dispute.

2019: The Meghalaya government petitioned the Supreme Court to direct the Centre to settle the dispute but the petition was dismissed.

The northeast region is a complex mix of various tribes and ethnicities; hence it is a sensitive area for any solution to gain popularity.

Both states formed committees to address the issue and the committees, each headed by a cabinet minister, were given “five principles” for approaching the issue which includes

There is also fear among non-tribal people in the border villages that they could end up living in a region with no rights.

Assam is the mother State from which other most of the other northeastern states were carved out.

At present Assam have boundary disputes with Arunachal Pradesh, Mizoram, and Nagaland as well.

The agreement amplifies and encourages cooperative federalism and provides a road map for the resolution of other boundary disputes between states.

In the next six-seven months, the second phase of resolution would commence for the remaining sites as well, hence opening the doors to resolving other border disputes as well.

Several other ways can be explored to settle the remaining active border issues like the usage of satellite mapping for border demarcation, and setting up interstate councils for dispute resolutions, (Article 263 of the constitution). Even zonal councils can be of great help in such cases to deal at grass root levels.

The need of the hour is to shape public opinion for peaceful borders and redouble efforts for a political solution to these decades-old disputes.