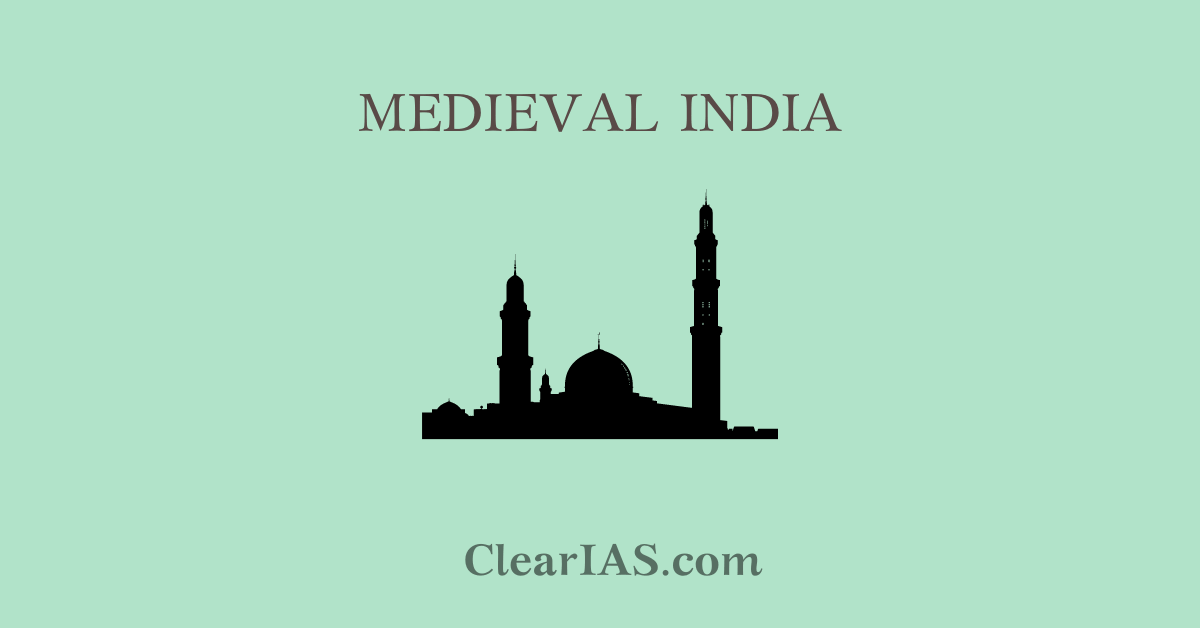 The Bahmani sultanate was an Islamic kingdom in the Deccan region rivaling the Vijayanagara empire. Read here to know more about the sultanate.

During the rule of Muhammad bin Tughlaq, two new kingdoms arose in the south, the Vijayanagara empire in 1336 and the Bahmani Sultanate which broke from Delhi in 1347.

The Bahmani sultanate and the Vijayanagara empire were perpetually at war until the breakdown of the sultanate into five successor states.

The Bahmani Kingdom was established by Hasan Gangu or Alauddin Bahman Shah (Alauddin Hasan) in 1347 CE. He was earlier the governor of Deccan under the Tughlaqs.

He was an Afghan named Hasan who was in the service of a Brahman named Gangu, Hence the name Hasan Gangu originated.

The capital of the Bahmani sultanate was Gulbarga and they ruled over the entire northern Deccan region for more than 150 years.

The Bahmani and Vijayanagara kingdoms were engaged in Territorial contests over three regions for a number of years:

In 1367, Bukka Raya I of Vijayanagara sacked the Mudkal fortress in the Tungabhadra doab. As revenge for this, the then Bahmani sultan, Mohammad Shah-I crossed the river and marched into Vijayanagara territories for the first time.

The Bahmani sultanate entered into a treaty with Warangal as well.

He was well-read in religious sciences and wanted to make the Deccan the cultural center of India.

When the Delhi sultanate declined, the learned people migrated to the Deccan making it the center of learning.

He extended the kingdom and annexed Berar by defeating Gond Raja Narsingh Rai of Kherla.

He defeated Deva Raya I of Vijayanagara and married his daughter and received Bankapur in the doab as dowry.

The switching of the alliance from Warangal to Vijayanagara shifted the balance of power in Deccan.

This time Firuz Shah was defeated by Deva Raya and he had to abdicate his throne for his brother Ahmad Shah I. 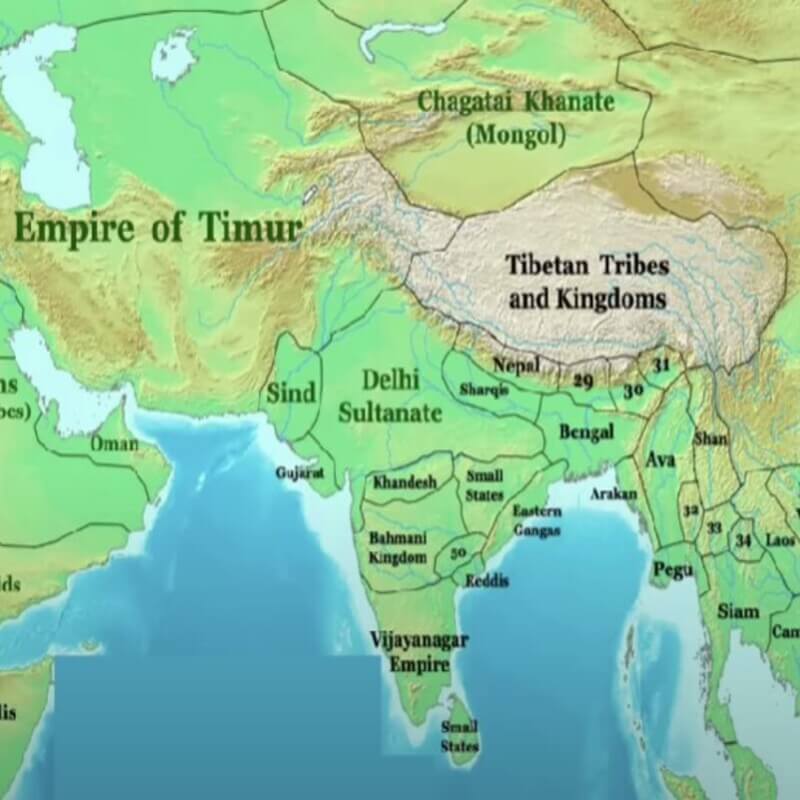 He was called “Wali”(saint) because of his association with the famous Sufi Gesu Daraz (of the Chisti order).

His administration was carried by his Prime minister, Mahmud Gawan, who was an able statesman.

The Nobles of the sultanate were divided into:

After his death, more infighting continued.

Krishnadevaraya of the Vijayanagara Empire defeated the last remnant of Bahmani power after which the Bahmani Sultanate collapsed.

After 1518, the sultanate broke up into five states, collectively known as Deccan sultanates:

All these sultanates were annexed by the Mughals by 1687 after many conflicts.

The Bahmani Sultans supported the Persian language, culture, and literature and some members of the Bahmani dynasty learned Persian and contributed to its literature in that language because.

Many singers and dancers were captured from the Carnatic and converted to Islam.

The craftwork from Bidar was famous for its inlay work on copper and silver, which was called Bidri.

The Deccan Sultanates later adopted the Persianate Indo-Islamic architectural style that was created during this time.

Major architectural contributions of the Bahamani sultanate include the forts in Gulbarga, Haft Gumbaz, and Jama Masjid, as well as Bidar Fort and Madrasa Mahmud Gawan in Bidar.