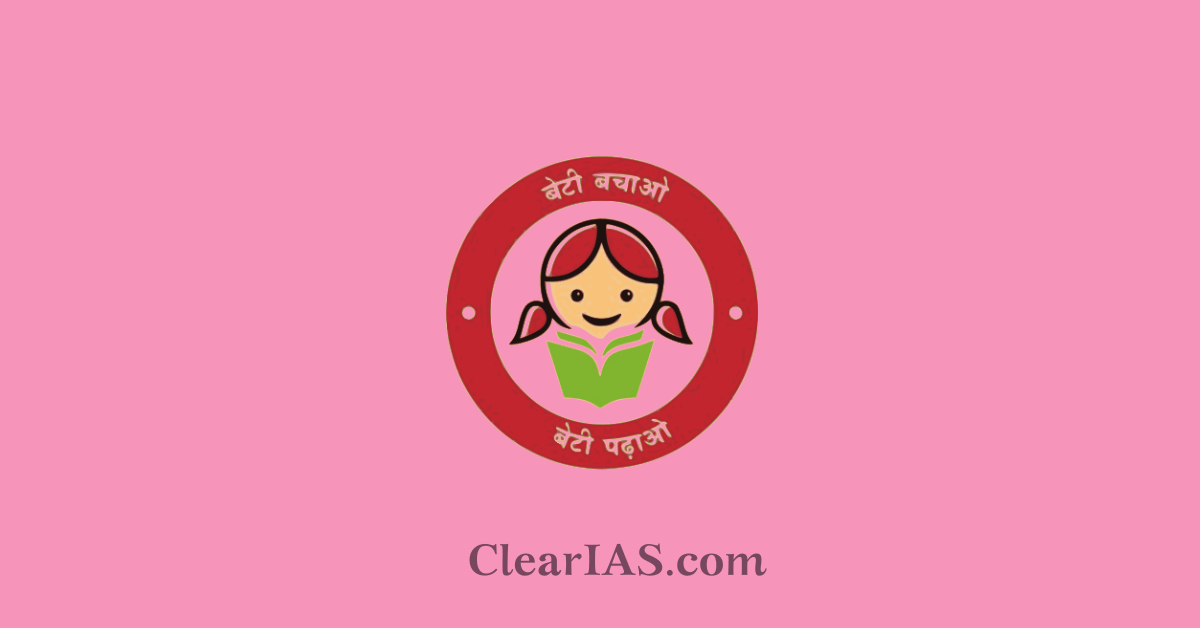 Beti Bachao Beti Padhao Scheme is a campaign of the government of India to address the issue of the declining child sex ratio in India. It focuses on multi-sector action and keeps widening the area of impact. Read here to know the details of the scheme.

A key sign of women’s disempowerment is the CSR’s fall.

Beti Bachao Beti Padhao was launched by the Prime Minister on 22 January 2015 in Panipat, Haryana.

The Beti Bachao Beti Padhao scheme aims to help in addressing the issue of the decline in the child sex ratio throughout the country and to encourage related to the empowerment of women.

The scheme is being implemented by three ministries:

The main objectives of this scheme are:

The scheme is divided into three components:

The scheme outlines measurable outcomes and indicators to monitor progress in these 640 districts. The performance targets are as follows:

Key beneficiaries under the BBBP initiative are as follows:

Expanding the mandate of the ‘Beti Bachao Beti Padao’ scheme, the inclusion of the skilling of girls in non-traditional livelihood (NTL) options in its flagship program was announced.

The scheme will now also focus on increasing the enrolment of girls in secondary education, particularly in STEM (Science, Technology, Engineering, Mathematics) subjects.

Girls will receive skill training in non-traditional professions through this project, making them torchbearers of a women-led Atmanirbhar Bharat (self-reliant India).

Some of the new aims for the scheme include:

A national committee headed by the Secretary, Ministry of Women and Child Development, formed under the larger Mission Shakti mandate, will be the apex committee to review the implementation of the Beti Bachao Beti Padhao scheme at regular intervals with State governments and Union Territory administrations.

Other Initiatives to Support Girl Children

In 2021, a parliamentary committee on the empowerment of women flagged underutilization of the funds allocated under the BBBP scheme:

The BBBP plan has improved key performance metrics mentioned in its aim objectives throughout its first five years of implementation. But the overall performance has not been up to the mark as per CAG reports.

The government intends to conduct a thorough district-level survey to evaluate progress and identify implementation roadblocks in order to advance the program’s success.

With or without the survey, it is evident that more attention is still required for the betterment of the status of girl children.

The BBBP scheme is also a subscheme of Mission Shakti launched for Strengthening Interventions for Women’s Safety, Security and Empowerment.