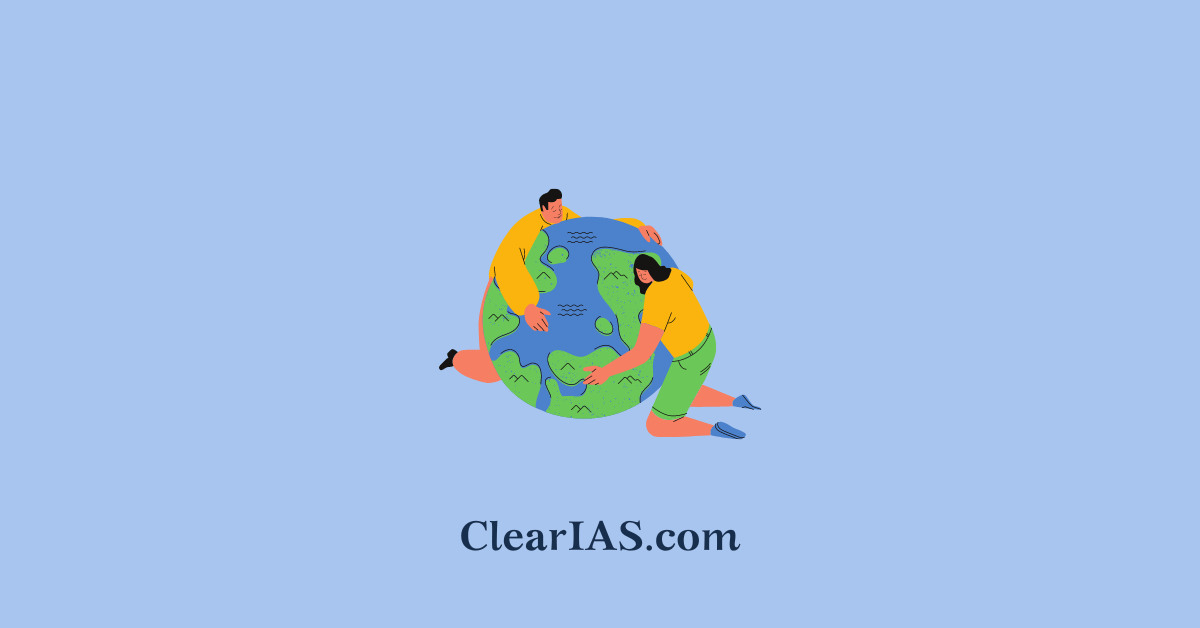 Life on earth is highly diverse ranging from simple life forms like microorganisms to more complex plants & animals. Conservation of such environment and biodiversity is the need of this hour.

Biodiversity is the variety and differences among living organisms from all sources, including terrestrial, marine, and other aquatic ecosystems and the ecological complexes of which they are a part. Thus, in essence, biodiversity represents all life & variability within it.

The Convention on Biological Diversity (CBD) defines biodiversity as, “the variability among living organisms from all sources including terrestrial, marine & other aquatic ecosystems, and the ecological complexes of which they are part, this includes diversity within species, between species & of ecosystems.

However, for an assessment of biodiversity, the following parameters need to be evaluated:

A biodiversity hotspot is a region with a significant reservoir of biodiversity that is under threat from humans. 3 regions that satisfy these criteria exist in India and they are:

Conservation can broadly be divided into two types:

It is the fundamental & principal method of conservation. It means at the site & it is fundamental because it prescribes the protection of wildlife where they naturally occur. This is achieved by establishing a network of Protected areas in which different species & their natural habitats are adequately maintained & preserved.

Various protected areas (reserves) have been established in India for protection and conservation.

Besides, the government has launched various programmes like ‘Project Tiger’ for the conservation of wildlife.

Protected areas are those in which human occupation or at least the exploitation of resources is limited.

India is one of the 17 mega-diverse countries of the world. With only 2.4% of the world’s land area, 16.7% of the world’s human population and 18% livestock, it contributes about 8% of the known global biodiversity, however, putting enormous demands on our natural resources.

There are various types of protected areas, and the degree of protection varies according to each country’s enabling legislation or the rules of the international organisations involved.

The term protected area also includes Marine Protected Areas, the boundaries of which will include some area of ocean, and Transboundary Protected Areas that overlap multiple countries which remove the borders inside the area for conservation and economic purposes.

Ex-situ conservation is the preservation of components of biological diversity outside their natural habitats. It means off the Site or away from the Site’. It involves the preservation of sample populations of various species or their genes in scientific facilities, such as zoos, botanical gardens, seed banks, sperm banks, gene banks, pollen banks etc. Some of these includes:

Several types of actions undertaken for species conservation are described below:

Habitat destruction is one of the major factors in the threatening of plants and animals. If adopting eco-friendly practices during urban and other developments, the damage to the habitat can be prevented considerably.

Species which are reduced to dangerous levels need more intensive management, and one strategy is captive breeding. It means the eggs from the nests of endangered birds are taken and hatched in captivity. Captive breeding in zoos, animal breeding parks, and research centres has also been attempted with some success.

Another way to improve the habitat of a threatened species is to determine which resource is limiting. Identifying and providing that critical resource may help to increase the population.

Control of Introduction of Alien Species

The establishment of Biological reserves, National parks, Forest reserves, Wildlife refuges and Biosphere reserves are effective means of preserving wildlife species. Besides, the maintenance cost and requirement of resources is minimal. An important aspect about these reserves is that more than one endangered species can be protected in the same area.

Several legal approaches have been used to preserve biodiversity. One is to enact laws regulating the killing of members of certain species, with severe penalties for breaking the law. These laws may be very effective.

Example: In 1975, 81 nations signed the Convention on International Trade in Endangered Species (CITES) which prohibits all trade of endangered species or their products. All these laws are good only if they are enforced and are able to save animals’ lives.

Public awareness is an important aspect of the conservation of the environment and biodiversity.

Significance of Biodiversity for Human Welfare

The human interest perspective considers the significance of biodiversity for the welfare of mankind. It involves the following:

Man in recent days is over-dependent on only a few crop varieties & crop monocultures for food production. Thus the preservation of wild varieties of crop species is inevitable to ensure global food security.

Active ingredients of many drugs are derived from living resources. However, we have screened only a small part of these vast resources for their medicinal applications. For instance, only 1% of the plants from tropical rainforests have been studied for their medicinal use. 99% of this wealth remains yet to explore for its potential of curing human suffering.

Biodiversity renders a variety of ecological services vital to the survival of mankind, which are usually taken for granted.

These involve, for pollination of plants by bees vital to agriculture, decomposition of dead organic material, bioremediation, soil aeration & soil fertility enrichment by earthworms and other soil microorganisms, biodegradation of sewage & contaminants, temperature moderation by plants, plants as natural sinks of carbon etc.

Several committees have been appointed to submit reports for the conservation of biodiversity of the western ghat. A few important of them are:

Gadgil Commission, formally known as Western Ghats Ecology Expert Panel (WGEEP) submitted the to the Government of India on 31 August 2011.

The major criticism faced by the Gadgil Committee report was that it was more environment-friendly and not in tune with the ground realities. The report was cited as impractical to implement.

Kasturirangan committee on the Western Ghats

The Kasturirangan committee, known as the high-level working group (HLWG), was constituted to examine the WGEEP report.

If Gadgil’s report laid too much importance on the environment, Kasturirangan’s report was biased towards development.

Kasturirangan report was criticized by many as it provided loopholes for mining, which if allowed would turn detrimental to the environment, in long term will affect development too.

Kasturirangan report was described as anti-environmental soon after its release. But this report described anti-development too by many who fear that their livelihood and interests will be affected.

As people turned violent and started protests, Kerala appointed another expert committee. The important recommendations of the committee are: