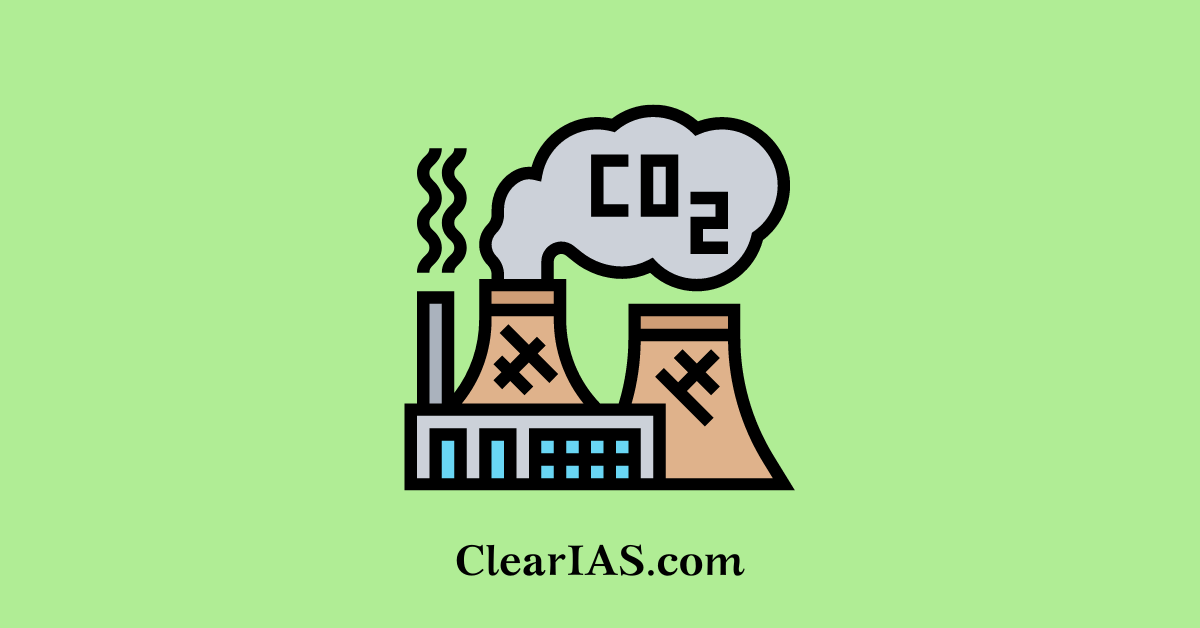 What is carbon trading? How does it work? What are its advantages and disadvantages? To answer all these, read further.

In the fight against climate change, reducing greenhouse gas emissions, such as carbon dioxide, is essential.

Various initiatives at the global and national levels have been initiated for this cause.

Carbon trading is one such innovative solution.

What is carbon trading?

Carbon trading is a market-based system that aims to offer financial incentives to persuade enterprises to lessen their environmental footprint. In contrast to voluntary offsets, which allow consumers to pay to offset their carbon impact, carbon trading is a legally binding scheme.

How does it work?

Carbon trading seeks to place a price on CO2 using the caps and trade principle and is calculated by individual governments and policymakers. The amount of emissions that are allowed for each carbon-producing industry, such as the power sector, the automobile industry, and air travel, is capped by the government.

Governments then issue permits up to the established cap, which is either given away for free or sold at auction to businesses operating in the field. If a corporation considerably reduces its own carbon emissions, it can sell the extra permits on the carbon market for money. It may need to purchase more permits if it is unable to restrict its emissions.

Advantages of the scheme

In the past, cap and trade programs have been quite successful in addressing environmental issues. For example, trading sulphur dioxide permits helped to reduce acid rain in the US.

The main draw for governments trying to reduce CO2 is that carbon trading is a lot simpler to put into practise than pricey direct laws and unpopular carbon taxes. (Under carbon taxes, the government sets a price that emitters must pay for each tonne of greenhouse gas emissions they produce)

Disadvantages of the scheme

It is incredibly challenging to develop a market for something like carbon dioxide that has no intrinsic worth. To enable trading, you must encourage scarcity and rigorously restrict the power to emit. For example, political involvement has resulted in an excess of permits in the EU ETS, the largest carbon trading scheme in the world.

These were frequently given out for free, which caused the price to drop and ineffective emission reductions. Another issue is that trading of offset permits, which are obtained through funding pollution reductions in developing nations, is permitted. The significance of these permits in cutting carbon emissions is debatable, and therefore reduces the effectiveness of the cap and trade system as a whole.

Carbon Markets under the Paris accord

Following fruitful talks at the Glasgow COP26 Climate Summit in 2021, nations now have a more standardized framework to follow when engaging in international carbon trading. The established regulations lay forth precise criteria for how the carbon market will operate for bilateral agreements between nations and in a market that is under United Nations supervision.

The fundamentals of the deal basically center around carbon credit offsets. For instance, countries that reduce their emissions more than they had committed to do are awarded credits, which can subsequently be sold to nations where reducing greenhouse gas emissions is expensive. The pact attempts to motivate countries to increase their investments in climate mitigation programs and technology, such as increasing the production of renewable energy, to create credits that they may use to offset their emissions.