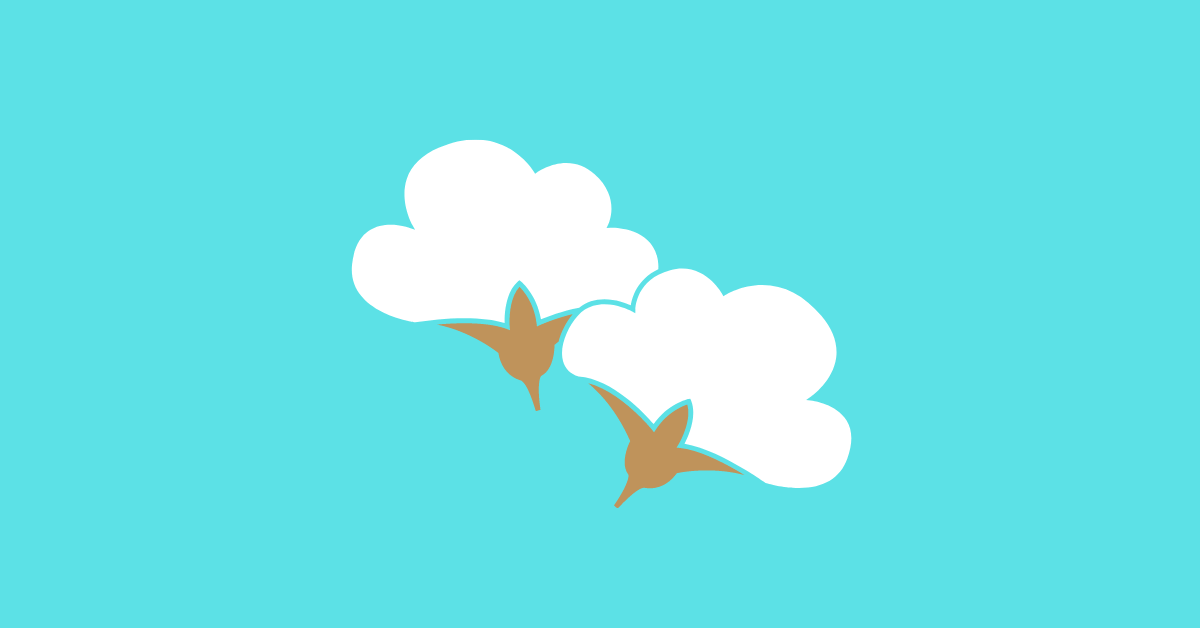 Everything you need to know about Cotton cultivation in India.

Cotton is one of the main raw materials for the cotton textile industry.

India is believed to be the original home of the cotton plant.

India lost a large proportion of cotton growing area to Pakistan during partition. However, its acreage has increased considerably during the last 50 years.

Now, Cotton occupies about 4.7 per cent of the total cropped area in the country.

Cotton is a tropical or sub-tropical crop grown in semi-arid areas of the country (mainly in the Deccan Plateau).

Hard-frost is injurious to cotton cultivation and it requires at least 210 frost-free days.

Only light-rainfall (50 to 100 centimetres) is preferred. Cotton can also be cultivated under irrigated conditions.

It requires high temperature and bright sunshine for its growth.

Cotton requires a clear sky during the flowering stage.

A light well-drained soil capable of retaining moisture is ideally suited for the cultivation of the crop. Black cotton soil is prefered.

It is a Kharif crop and requires 6 to 8 months to mature.

Earlier, India was the second-largest producer of cotton after China.

There are three cotton-growing areas in India – (1) parts of Punjab, Haryana and northern Rajasthan in the north-west, (2) Gujarat and Maharashtra in the west and (3) plateaus of Telengana, Andhra Pradesh, Karnataka and Tamil Nadu in the south.

Leading producers of this crop are Gujarat, Maharashtra and Telangana.

India grows both short-staple (Indian) cotton as well as long-staple (American) cotton called ‘narma’ in north-western parts of the country.

Per hectare output of Cotton

Per hectare output of cotton is high under irrigated conditions in the north-western region of the country. Its yield is very low in Maharashtra where it is grown under rainfed conditions.

UPSC Question from this topic

[Question UPSC CSE 2020] “The crop is subtropical in nature. A hard frost is injurious to it. It requires at least 210 frost-free days and 50 to 100 centimetres of rainfall for its growth. A light well-drained soil capable of retaining moisture is ideally suited for the cultivation of the crop.” Which one of the following is that crop?