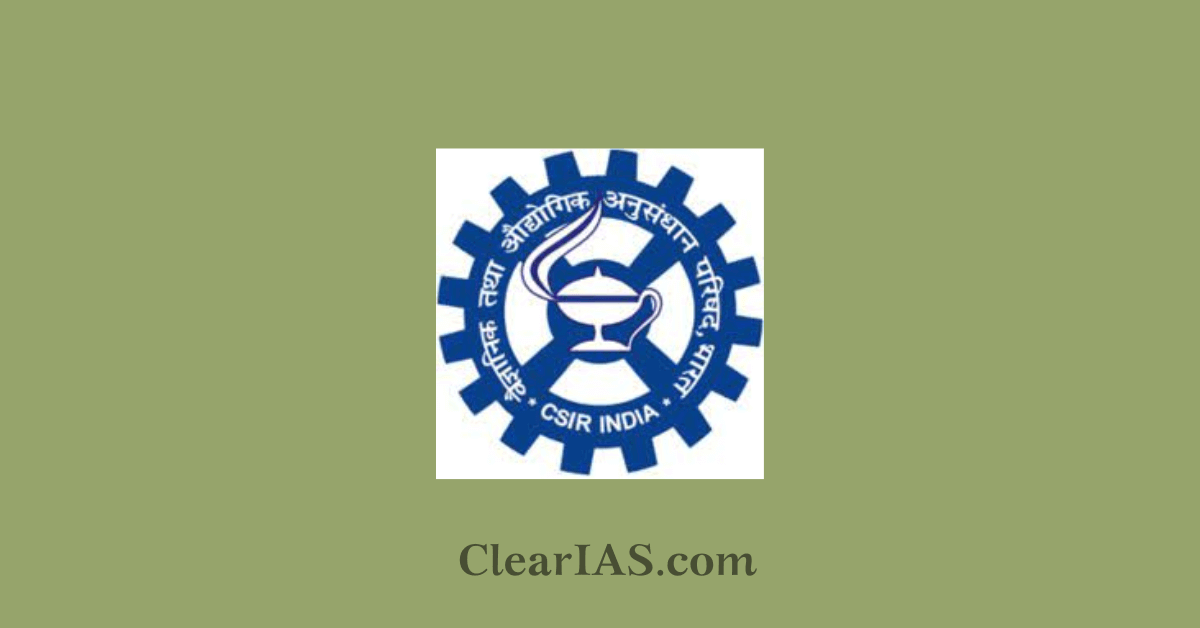 The Council of Scientific & Industrial Research (CSIR) is the leading R&D organization in India. Read here to know more about it.

CSIR is known for its cutting-edge R&D knowledge base in diverse Science and Technology areas. It is India’s largest R&D organization.

CSIR has a dynamic network of 37 national laboratories, 39 outreach centers, 3 Innovation Complexes, and five units with a pan-India presence. CSIR’s R&D expertise and experience are embodied in about 3460 active scientists supported by about 4350 scientific and technical personnel as of June 2021.

CSIR is funded by the Ministry of Science and Technology and it operates as an autonomous body through the Societies Registration Act, 1860.

In the 1930s, India’s need for establishing research organizations for the development of natural resources was noticed.

Eminent personalities like CV Raman and JC Ghosh proposed the establishment of an advisory board of scientific research.

But the ideas never took off as the British government rejected the need for establishing a scientific facility in India.

Later, Arcot Ramaswamy Mudaliar became the most instrumental in the creation of CSIR in India. As a member of the Viceroy’s executive council, and also of Commerce, he recommended that a Board of Scientific and Industrial Research, endowed with greater resources and wider objectives should be established.

It was by this persistence that the Board of Scientific and Industrial Research (BSIR) was created on 1 April 1940 for two years.

The constitution of the Council of Scientific and Industrial Research (CSIR) as an autonomous body was prepared under Mudaliar and Dr. Bhatnagar.

In 1943 the governing body of CSIR approved the proposal of Dr. Bhatnagar to establish five national laboratories:

The organizational structure of CSIR

Governing Body: The Director General is the head of the governing body.

CSIR Advisory Board: 15-member body composed of prominent members from respective fields of science and technology.

Focus areas of the Council of Scientific & Industrial Research (CSIR)

CSIR covers a wide spectrum of science and technology like

Further, CSIR’s role in science and technology for human resource development is noteworthy.

Objectives of the Council of Scientific & Industrial Research (CSIR)

The objectives of the Council are scientific, industrial, and applied research of national importance:

The changed R&D scenario has inspired CSIR towards:

It was instituted in 1957 as the most coveted and revered prize in the field of science and technology in the country.

Pioneer of India’s intellectual property movement, the Council of Scientific & Industrial Research today is strengthening its patent portfolio to carve out global niches for the country in select technology domains.

Amongst its peers in publicly funded research organizations globally, CSIR is a leader in filing and securing patents worldwide.

Notable achievements of CSIR over the years